What if you had to store something precious to be picked up by someone you do not know? What if you were far away from the box and had to change the password for security reasons?

This is where Sigfox comes in! Indeed, Sigfox allows you to use 4 downlink messages per day. The idea is to be able to update the password controlling the opening of the box. Therefore in this tutorial, every 6 hours (4 times per day), the box's password will be set with a newly generated one from a web application. The owner can then decide to share the password to whom he wants. He will also be notified every time the box is opened!

Some photos showing how the mechanical part works:

Below is a diagram showing how the global system works:

Some informations regarding the data frames being sent from the MKRFox1200 to the Sigfox Backend (12 bytes maximum):

You can help yourself with this website to decode hexadecimal (the battery voltage is a Float - Little Endian (DCBA) ).

FYI: the estimated battery voltage is only indicating a very rough approximation. It is not a reliable piece of information at all but it will help you get an idea. A better approximation would be made with a 5V battery using the following formula: float voltage = sensorValue * (5 / 1023)

In this tutorial we will use Flask to build our little API. Flask is a microframework for Python which simplifies the creation of web applications. ngrok will be used to expose it through an online tunnel, this means it will be deployed on YOUR computer for simplicity purposes. Of course, you can decide to deploy it on a private server or PaaS (Platform as a Service) if you wish (this is not presented in this tutorial in order to keep it as short as possible).

Please keep in mind Python with Flask can be substituted with any other kind of web application created with a totally different programming language! 😉

Now we'll take a look at ngrok as a method of exposing your Python server publicly so that the Sigfox Backend can GET/POST data to it. This is particularly useful for testing purposes as we do not have to spend time on server configurations.

Have fun and always keep your keys safe! 😉 🔑 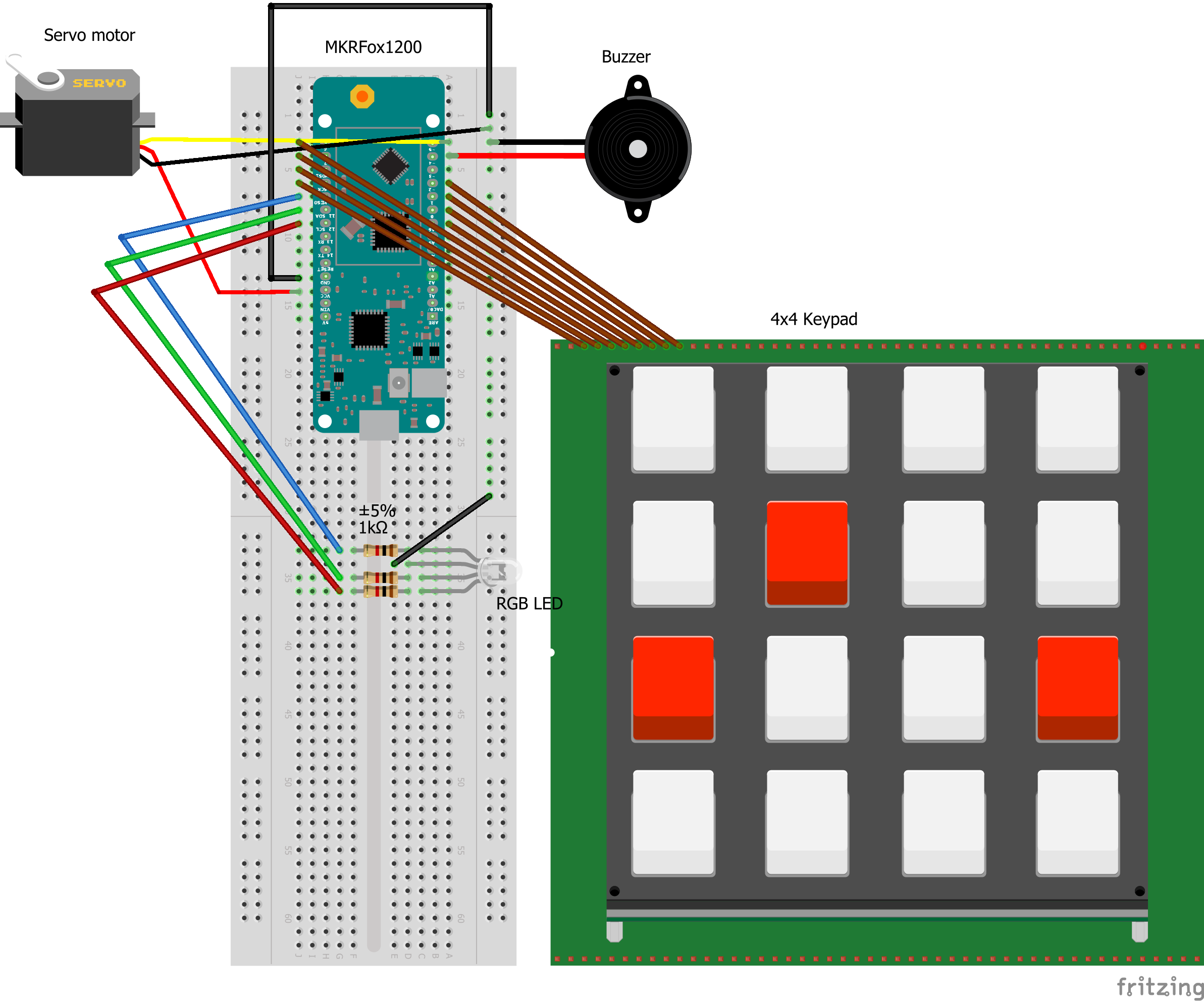 The RFID Lock Box combines Arduino, RFID and a Solenoid to make your very own personal safe!

Turn a really useful box into a really smart box with this drop in platform to help manage stock levels.

How to prevent forest from burning? A small Sigfox signal can prevent natural disasters. We will use an Arduino MKRFOX + a flame detector.