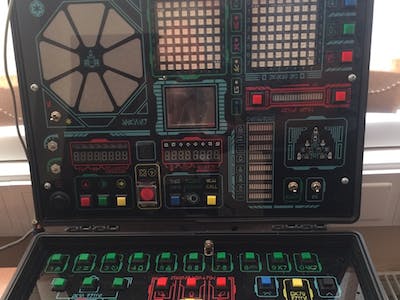 In addition to battles with enemies in the 8x8 galaxy, the ability to improve the spaceship, trade, ore mining and missions. 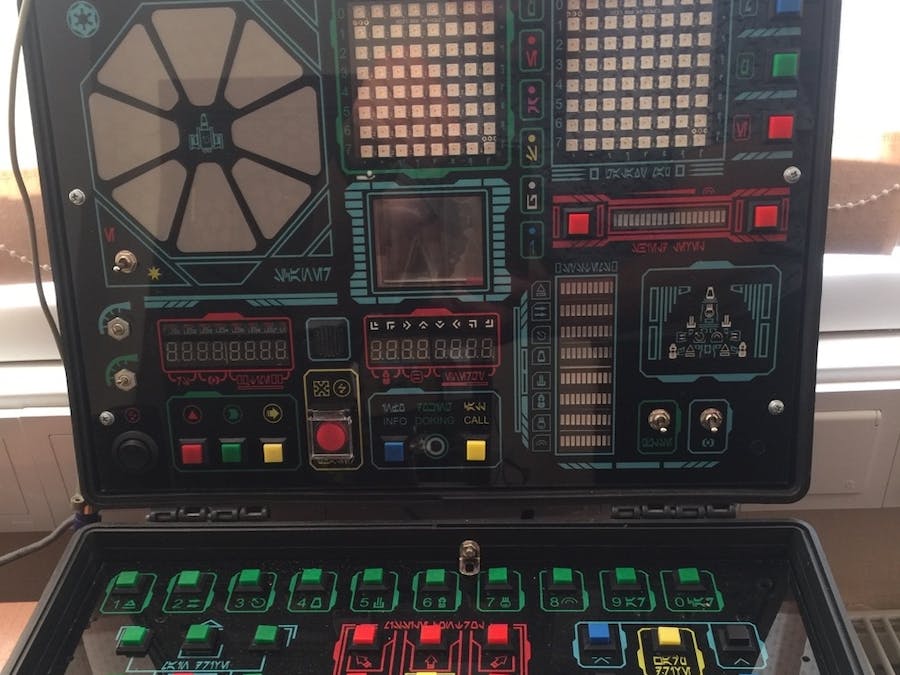 In addition to battles with enemies in the 8x8 galaxy, the ability to improve the spaceship, trade, ore mining and missions.

A long time ago, when computers were big and programs were small, the text game "Star Trek" appeared:

I somehow did not come across it, but I managed to play acouple of reincarnations, for example, this one ("Star Patrol"):

It is notable for the fact that, with a short time, the game is full of events and actions, it is not primitive and not arcade. I can't remember any other game (including the modern one) that could be compared to it. Usually, either the gameplay is noticeably simpler, or the game time is noticeably longer.

It seemed to me that a game in the style of "Star Patrol" could be implemented on its basis. If not "mega", then "Due" should have been enough!

I decided that first I would try to make a game just like "Star Patrol", and if possible, then make an extended version - with spaceship upgrades, trade, ore mining, and so on.

As a guide, I sketched it in 3D max. As you can see, it differs from the final version.

I decided to do a more detailed fight than in the original game. 4 types of enemies armed with missiles or lasers, with protective shields or missile defense systems.

In the beginning, I was developing the basics of the game using Arduino Uno. At some point, my memory ceased to be enough, and I switched to Arduino Mega.

The development was carried out in free time from work, but then the process was accelerated by the fact that I was at home in quarantine for some time due to the pandemic.

I put together a mockup from what was at hand and started developing an advanced version.

- repair with 4 types of droids;

- more than a dozen spaceship upgrades;

- commerce: transportation of goods between planets;

- extraction of ore on asteroids;

- the ability to complete various missions, including unique ones;

- NPC ships that can also give tasks (missions).

In total, I made 4 levels of difficulty, including zero, in which there are no enemies and battles. Each level has its own planets, and enemies differ in characteristics.

There were over 8000 lines of code in total, so I didn't post it here. It is unlikely that someone will dare to repeat this project, but if someone still wants to, it can be discussed in private messages.

When the quarantine was over, I ordered plexiglass panels with printed symbols and pictures. I found it fun to use a «Star Wars» font (Aurebesh). However, some of the inscriptions are duplicated in English (as was the case in the early episodes of the series).

This allowed me to build the final version of the device.

You can watch a video of how it all works here:

Thank you for the attention! 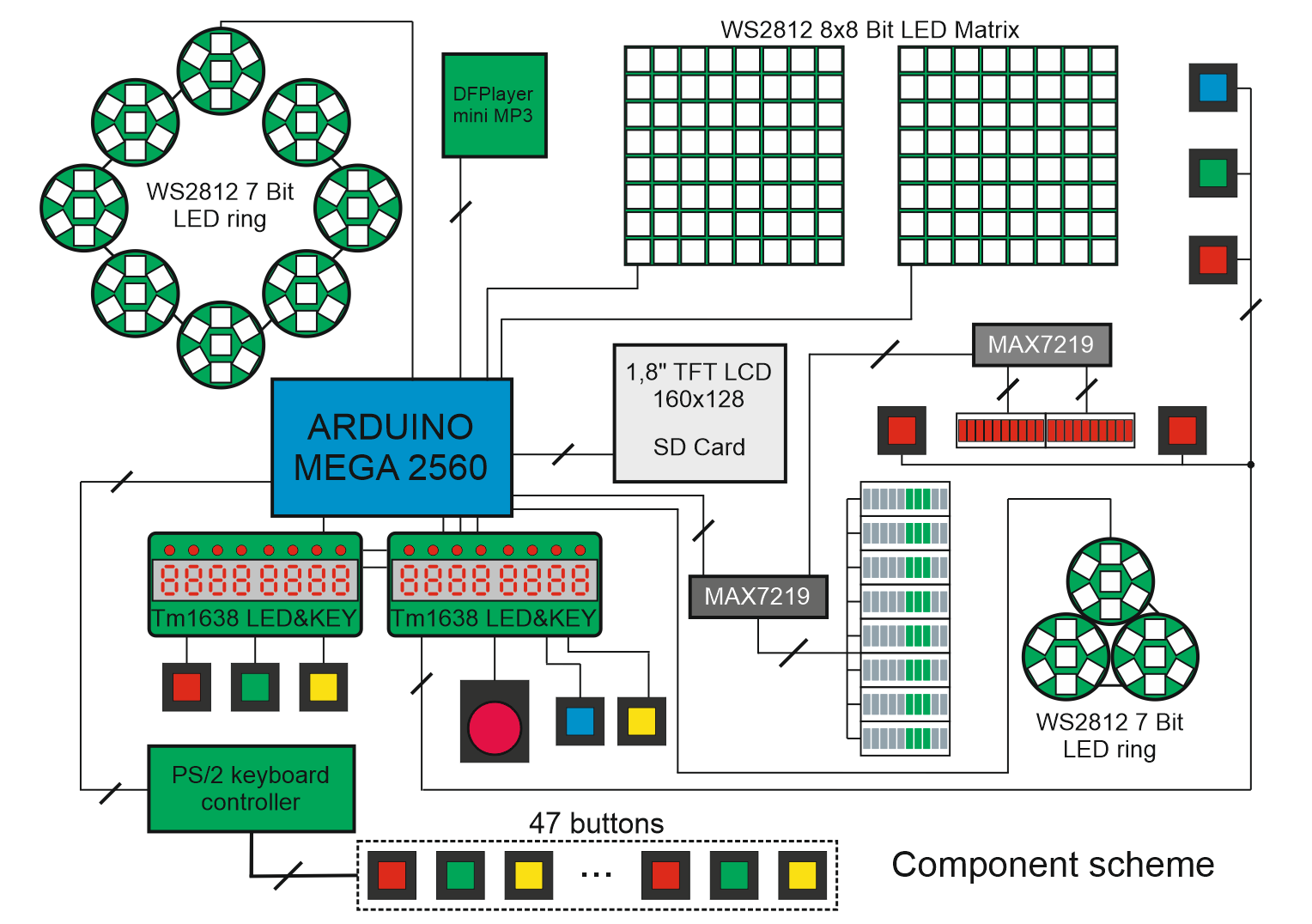 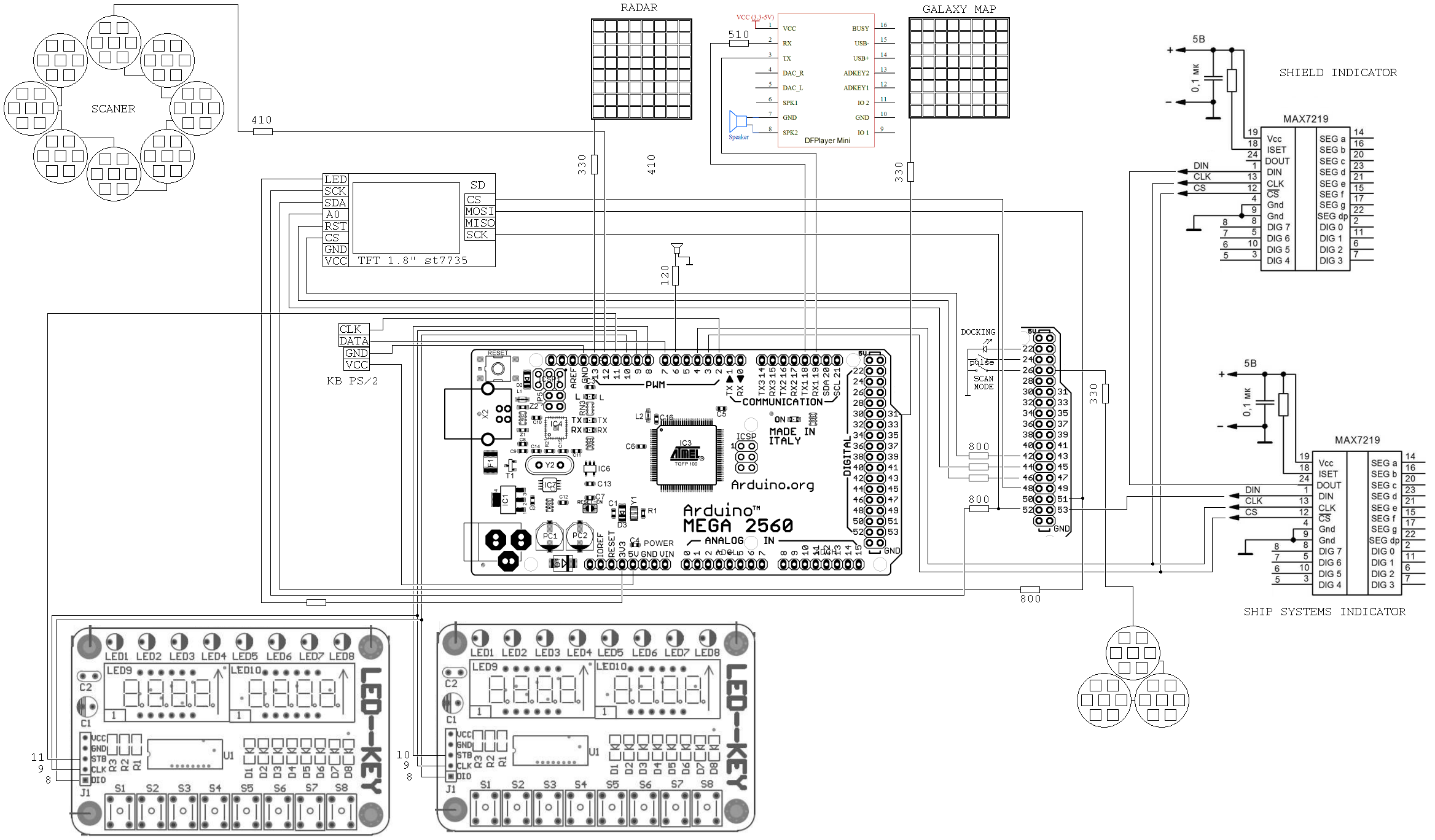 A project to build an Arduino powered Tic Tac Toe and Lights Out game board.