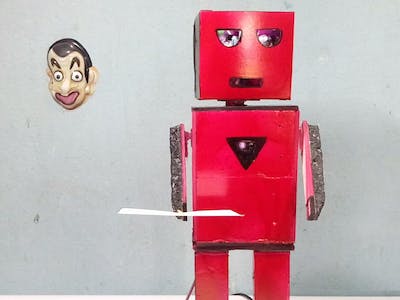 An intelligent robot that can talk, see, and react! 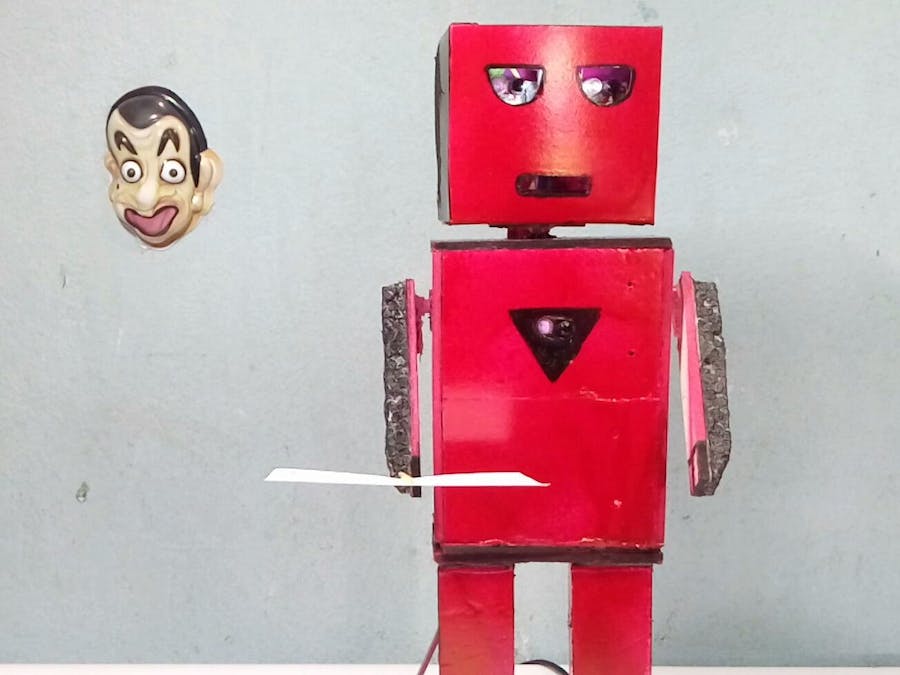 An intelligent robot that can talk, see, and react!

This Robot - Mofiza- (weird name) Can SEE, TALK and REACT to her surroundings. Before I proceed watch the video:

Ever since I've seen making talking robots I saw that people actually use other development boards rather than Arduino to make talking robots. But it's completely possible to make a Humanoid robot with Arduino who can talk and add a lot of servos to make it move. So lets begin:

Make a body with anything you want, I've made it by cardboard. It's pretty simple.

I've soldered IR sensors with ribbon cable just like this with a female header on one end and added two in two eyes and one in the chest.

The robot will say the welcome message if it detects anything in the chest sensor and will say "aaaah.. dont touch my eye" if any eyes sensor is high. and the servo in that are will move up.

The circuit looks a bit complicated but no its all too easy, you can just power it up by one battery. solder the circuit and all other components in a vero board and add other servo on head and hands.

I had to use two libraries forthis robot.

This is the code for saying welcome. You can make your own environment and code. Before you get to code you'll have to add the ServoTimer2 library. Nor the robot wont run.

And then up The code:

Now just power it up and your'e done. A smart robot is done making. [I'll upload other pictures and details soon]

If I could get more pins I'd make the robot walk. but I had just 3 pins remaining (digital). It;s less than I need. 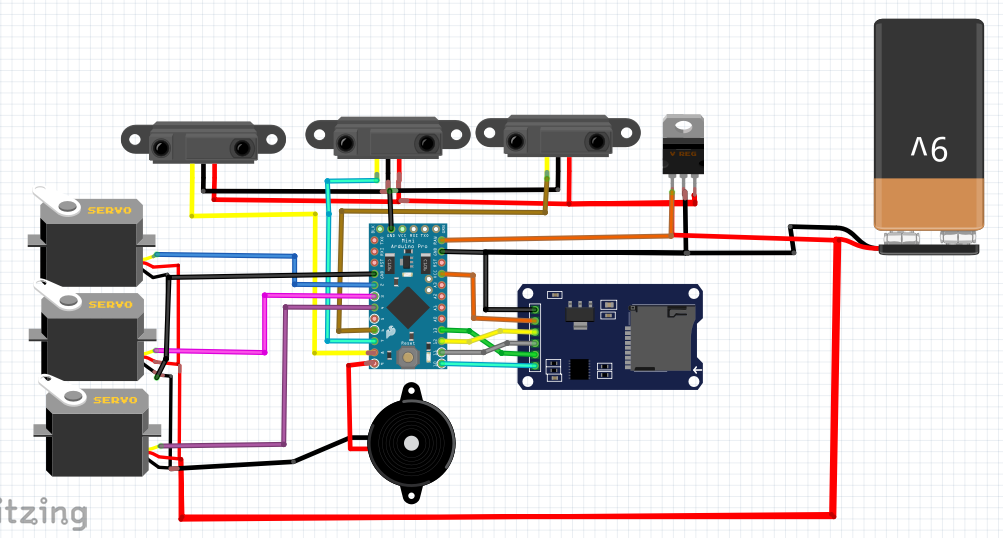 Now you can control your Robot using voice commands like move forward the robot moves forward, move back and so on.