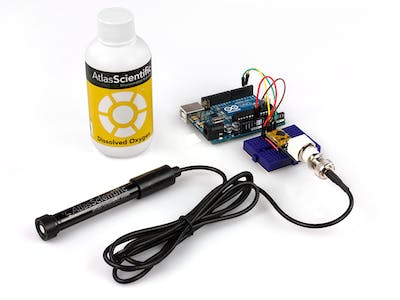 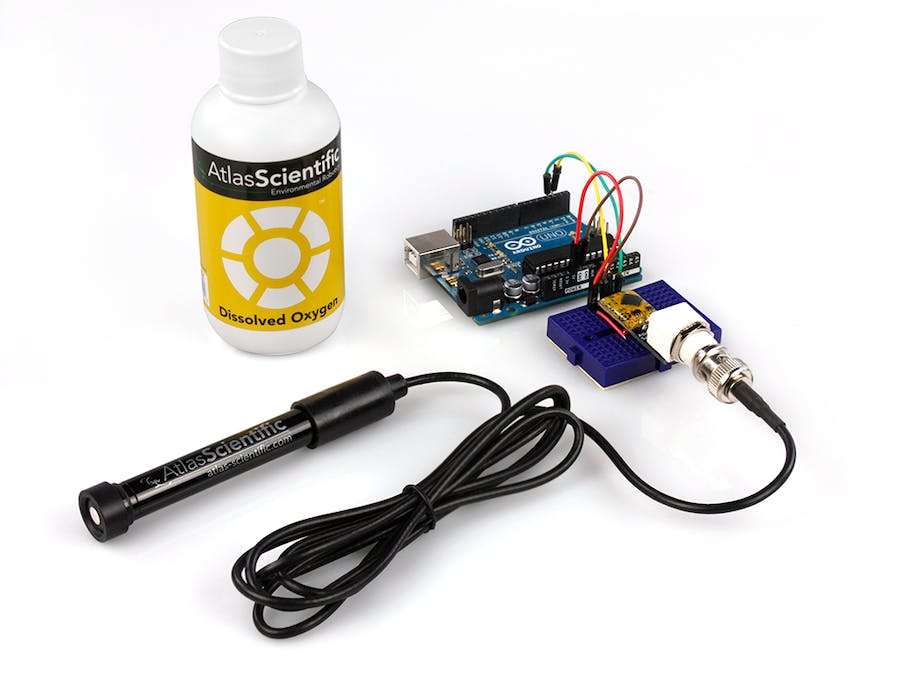 The Atlas dissolved oxygen circuit has a flexible calibration protocol, allowing fora single point or dual point (optional) calibration. Temperature, salinity and pressure compensation values have no effect on calibration. Do the calibration first and compensate for these parameters later.

Ensure that the D.O circuit is in UART mode. For instructions on switching between protocols, refer to the following LINK.

Use a breadboard to mount the circuit and BNC connector. Wire the D.O circuit to the Arduino Uno as shown in the schematic above and connect the probe to the BNC connector.

a) Download the sample code from this LINK. It will be in a folder titled "arduino_UNO_DO_sample_code"

b) Connect the Arduino to your computer.

c) Open the code downloaded from step a, in your Arduino IDE. If you do not have the IDE you can download it from HERE.

d) Compile and upload the code to Arduino.

e) Open the serial monitor. For access go to Tools -> Serial Monitor or press Ctrl+Shift+M on your keyboard. Set the baud rate to 9600 and select "Carriage return". You should now be able to communicate with the D.O circuit. As a test, enter the command i which will return the device information.

a) Carefully pull off and discard the cap from the D.O probe.

b) Let the probe sit, exposed to air until the readings stabilize. Note: Small movement from one reading to the next is normal.

c) Once the readings have stabilized issue the calibration command cal in the serial monitor.

After calibration is complete, you should see readings between 9.09 - 9.1x mg/L, only if temperature, salinity and pressure compensation are at the default values.

Note: Only perform this calibration if you require accurate readings below 1 mg/L.

a) After you have calibrated the D.O circuit using the "cal" command; place the probe into the calibration solution. Stir the probe around to remove trapped air (which could cause readings to go high).

b) Let the probe sit in the calibration solution until the readings stabilize. Note: Small movement from one reading to the next is normal.

c) Once the readings have stabilized issue the calibration command cal,0 in the serial monitor. 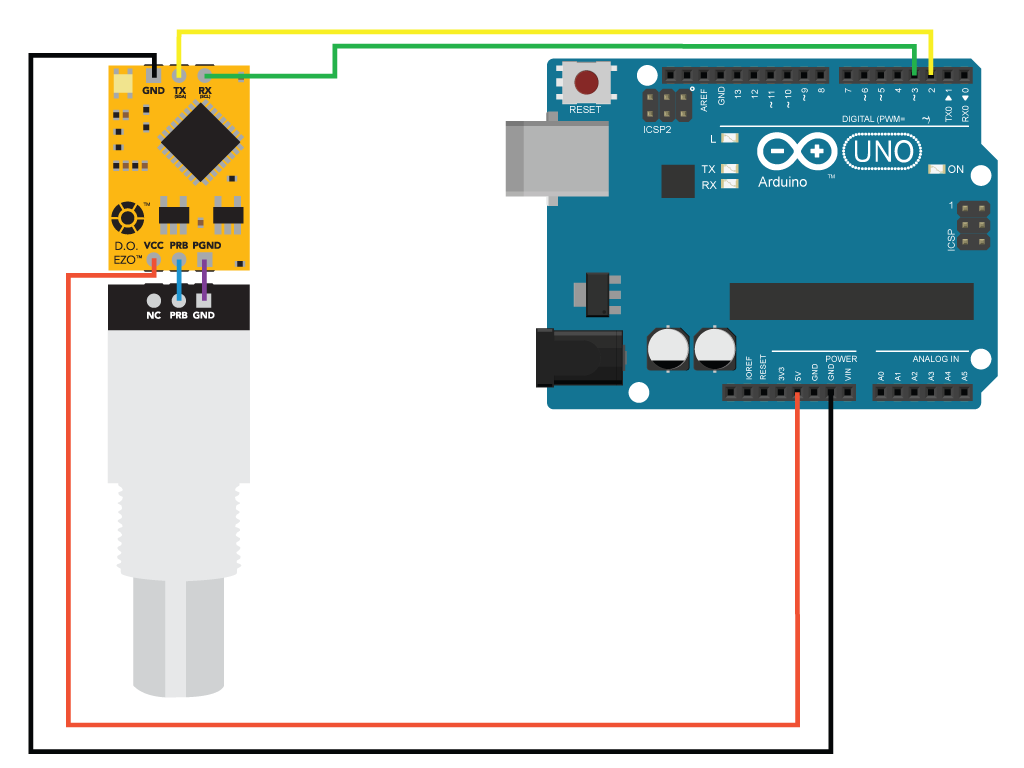 How to temperature compensate the Atlas salinity sensor automatically.

A system to maintain the pH level of a sample within a defined range.