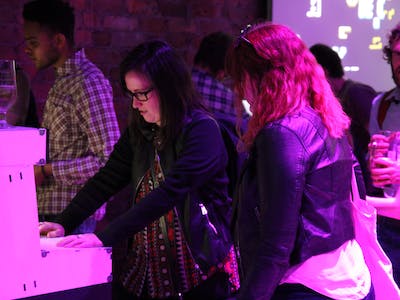 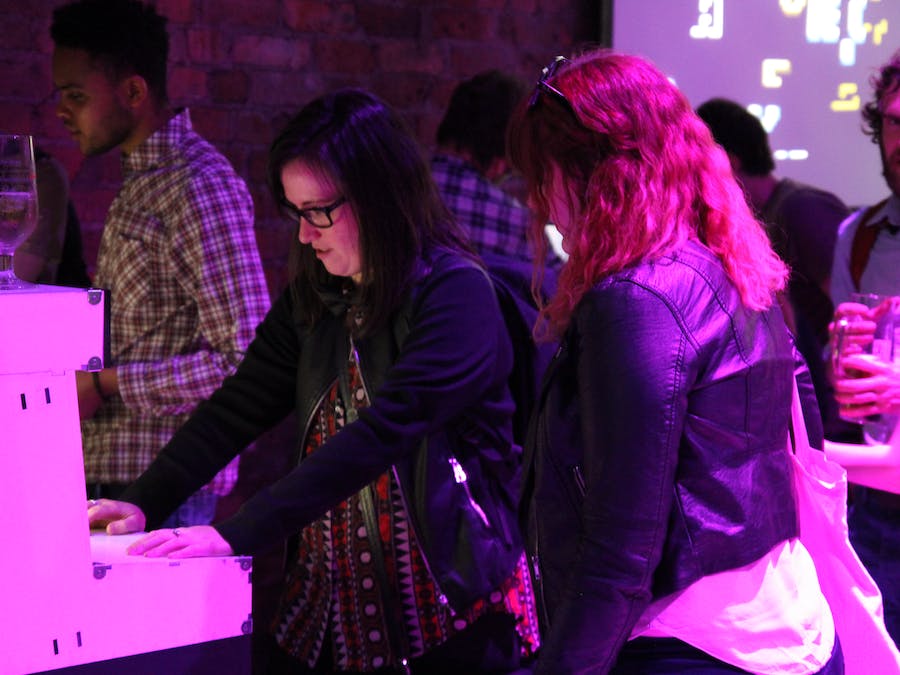 This is a truncated version of the full story. Read all about that on the Awkward Arcade site.

I’ve been throwing the label ‘Awkward Arcade’ around for a little while now, and the original concept was quite different to what it has become. It started with the idea of taking familiar games - those that we’ve played hundreds of times - and making them more difficult to play.

How I decided to do it

It wasn’t until later on in 2015, after I had been invited to attend Digital Media Labs, when I considered that the Awkward Arcade might work well as a concept for the creation of original games. This would involve breaking down game mechanics, basing entire games around them, with specialized, per-game interfaces. What I created in the days leading up to Digital Media Labs was a prototype of The Mashing:

The Mashing - a 10-player button-mashing tribute

Finally, in 2016, I decided to create an arcade full of these games. I spent February-May developing cabinet designs, and contacting developers, and launched an arcade full of 'awkward' games. Each one of these cabinets has an Arduino inside!

The launch of the full Awkward Arcade!

Build an interactive arcade bedside clock, with a touchscreen, and animated arcade figures that you can record a sound of your choice.

Just as the title says - with a 20-min gameplay video as proof.