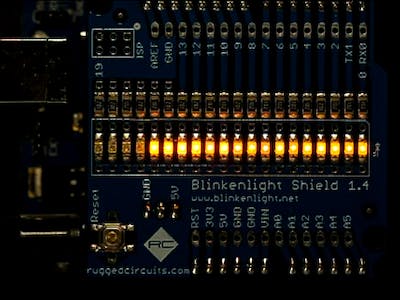 How fast can you toggle an IO pin? 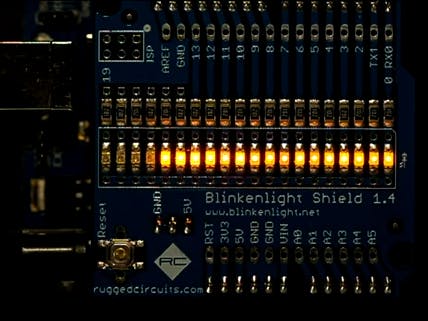 How fast can you toggle an IO pin?

Every once in a while there is a question in the Arduino forum on how fast you can toggle an IO pin. The answer to this question depends on your line of thinking / what you will allow as an answer. So here is my take on performance optimization for its own sake.

First of all there are pins PB6 and PB7 which are connected to the crystal. Since these pins can be used as IO pins (but only if running without crystal) I would conclude the maximum speed is 16 MHz. However this feels like cheating as these pins just oscillate due to the crystal. Let us look at the next option for super fast output. According to the data sheet the fuses can be changed such that the system clock will be passed to PB0 which corresponds to digital 8. This will again give a 16 MHz output. But it is still somehow cheating because it requires to change the fuses which is probably out of reach for a lot of Arduino tinkerers. The next thing is to go for one of the hardware timers and toggle one of the output pins at each clock cycle. This would give an output of 8 MHz. I would not consider this cheating but it is somewhat boring because the hardware does all the work.

Pondering about this kind of arguments I started to wonder how fast can I toggle a pin in software? And as an afterthought how fast can I count a 20 bit counter (all the IO pins of my Arduino) in software? Of course this is just a somewhat theoretical exercise / performance optimization for its own sake. In a production environment one would feed a clock signal into counter chips. This would be cheaper and faster. However back to my issue: how fast can an Arduino count a 20 bit output without using a hardware counter?

First of all it is clear that instead of digitalWrite() I will use direct port manipulation. The naive solution would be to increment port D (digital 0-7), then carry on to port B (digital 8-13) and finally carry on to port C (digital 14-19).

This solution has two significant drawbacks though. The most significant drawback is that this approach does not work at all. The issue arises once this counter reaches 255. That is the point in time all bits of port D are set to 1 and all other ports are 0. The next step will set all bits of port D to 0 and bit 0 of port B to 1. Since this is performed in software the output will jump from 255 to 0 (after port D is incremented) and then to 256 (after the increment is carried to port B). Changing the update order does not make this any better. Then the output will jump from 255 to 0 and then 256. In both cases it is just impossible to count glitch free.

The other issue with the naive solution is that every time a carry operation is required two output ports must be toggled thus reducing the maximum reachable speed.

In order to resolve both issues I figured that it is better to not count in binary at all. Instead I will implement a Gray code counter. See the table below how Gray code looks compared to binary.

The point is that counting in Gray code will only toggle 1 bit per step. Thus it avoids both issues I already mentioned. As it will turn out it also allows to come up with a very fast implementation.

You may want to ponder this a little bit before you read on and have a look at my first solution.

The picture is exhibits how Arduino pins belong to AVR ports

If you look at my code it sure looks strange. This is due to the aggressive optimizations. So let me dissect them one by one.

The simplest optimization is the use of the goto statement. Although the loop function will be repeated forever there is some slight overhead attached to it. This overhead consists of 3 things: entering the function, leaving the function and processing a tiny bit of code outside of the function that is not relevant for counting at all. The goto statement will get rid of this overhead. Compared to the other optimizations it is the simplest but also the least effective.

The next optimization is that I do not use digitalRead() and digitalWrite(). Instead I use direct port manipulation. If you already have some experience with direct port manipulation you will know that pin states can be read from the PINB, PINC and PIND while pin states will be set by writing to PORTB, PORTC and PORTD. However here I do something strange. I write to PINB, PINC and PIND. This is a not so well known functionality that is documented in the datasheet. Writing a bit mask into the PIN registers will toggle all pins that are set to 1 in this mask. So instead of writing the desired output bit mask into the PORT registers I write to the PIN register to indicate which bit I want to toggle.

At first glance this does not seem to give any performance advantage. However there is a subtle detail here. The Arduino processor has 32 general registers. That is the processor can hold easily 8 values in these registers. As I am toggling at most 8 different bits per port these 8 values will fit into the processor’s general registers. If I would be pushing the desired values directly into the PORT registers I would require 256 different values. Obviously 256 values will never fit into 32 registers no matter how hard you try. So if the compiler is clever the PIN register approach will allow to keep the values in the registers and thus avoid any value reloading in the general registers. As it turns out the GNU compiler is smart enough to apply this optimization. Thus the bit toggling approach is faster than pushing precomputed values into the ports.

Now to the last and most aggressive of the optimizations – the COUNT macros. These macros are an “unrolled loop”. Instead of toggling the pins in some loop I have the macro processor output the toggle statements to the compiler.

The simplest of the macros is COUNT_1

The next macro is COUNT_3.

Since COUNT_3 contains the macro COUNT_1 the macro processor will expand this recursively and end up with 3 toggle operations.

If you look up in the table above you see that these macros toggle the bits exactly as needed for counting in gray code.

As you probably have already guessed COUNT_4095 gets expanded into 4095 bit toggle operations. But then there is something different. I do not introduce a COUNT_8191 macro. Instead I introduce a count_8191() function. Here is why. Have a look at the implementation of this function. It contains 8191 toggle operations. Each of these operations will take up at least one machine language statement. Since a machine language statement will take at least 1 word (=2 bytes) this function occupies at least 16382 bytes of flash memory. As an Arduino has only about 32 kBytes of flash memory I had to stop here because otherwise I would be running out of memory.

For example COUNT_65535 gets expanded to the following code.

That is 8 function calls and 7 toggle operations or a total of 15 C statements. Much less than the 65535 statements if count_8191 would be a macro. If you do a little bit of math you will figure out that COUNT_524288 will be expanded to a total of 256 C statements.

As the final topping the successive application of the TWICE macro concatenates the COUNT_524288 macro 32 times. This is to reduce the overhead introduced by the goto statements as much as possible.

If you want to verify this without a frequency counter there is a simple trick. My code is already prepared to divide the system clock by 256. You just need to remove one comment. This will effectively run the Arduino at 62.5 kHz. Thus the lowest bit will toggle at 15 454 Hz. Since each bit will toggle at half the speed of the previous bit, the highest significant bit will toggle at 1/2^18 times this frequency. This is 0.058 951 Hz or a period length of 16.963 seconds. This makes it feasible to verify the timing with a stop watch or a video camera. The video shows an Arduino running with this prescaler setup.

Not fast enough? Read the faster counter experiment on how to push this just one step further

Arduino Uno used as a voltage meter and a 6 MHz frequency counter displayed on PC.

4 bit up down counter that represent every count as binary number on LEDs and display its decimal representation on LCD shield.

4 bit up/ down counter using 1sheeld

Frequency Counter and voltage meter for Android phone or tablet.

Frequency counter and voltmeter for Android phone or tablet using Arduino and Bluetooth.