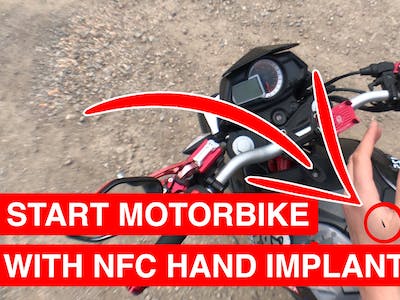 I implemented an Arduino NFC reader inside my motorbike so I'm able to start and stop it just with the implant in my hand. 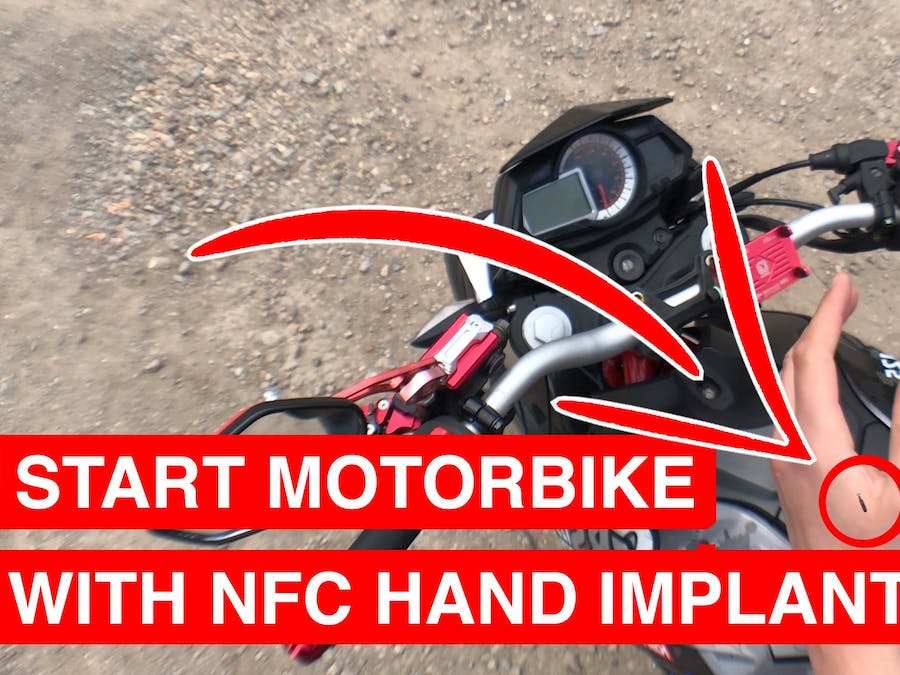 I implemented an Arduino NFC reader inside my motorbike so I'm able to start and stop it just with the implant in my hand.

Why I even have an NFC chip implant in my hand?

I'm working as an IT support for a luxury hotel, so there is a lot of doors I need to open every day with a card. That's why I decided to put a 125khz RFID chip inside my hand. Unfortunately, my choice was wrong because we have NFC readers there actually. So I put an NFC chip implant to my other hand. Unfortunately again, I find out our system is not supporting a Mifare Ultralight C chips, what I have in my hand, so I end up with two chips inside my hands & didn't have any use for them. So that's why I decided to implement an NFC reader to my motorbike.

How did I get it implanted?

I bought both RFID & NFC chips from atwww.dangerousthings.com. It arrived in a pre-sterilised package with a syringe with a loaded chip. After I just went to the first tattoo studio (shoutout to Trilogy reading). Was it painful? I would say... 3.6, not great, not terrible :D

First thought was to use a Raspberry Pi, but that will be too much unnecessary powerful & power-hungry. So the Arduino was the right choice. First I made it work with Arduino UNO, but then made it smaller with Arduino Pro Micro. The connection was pretty simple, few cables & NFC reader was up and running.

I used an AccessControl code example from RC522 Arduino library from Github & made a few small changes.

The only change was to make it behave like a toggle switch. Because when I start the bike I want to leave it started until I want to turn it off.

Step 3: Building it up

After I just added a 5V relay module to connect to key ignition wires & LM2596 Stepdown module, because motorbike battery is 12V, but we need 5V. In the video, you can see a timelapse of the whole process & final result. Works like a charm.

Of course, I still need to use a key to open the fuel tank or lock the steering, but for starting/stopping engine, it's perfect.

Use DFRobot's PN532 NFC module to track if your favorite clothes are clean or dirty.

With a NFC Tag and correct PIN, you can control who has the permission to toggle a LED light.