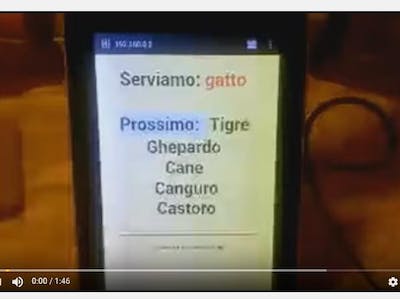 No Code No Paper 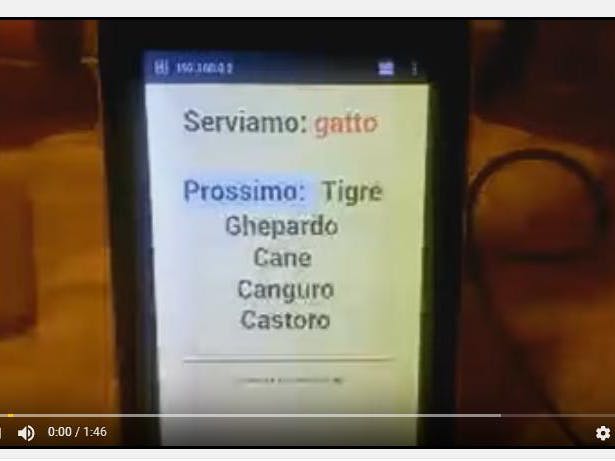 I am new in this blog. I sometime use Arduino for various projects.

My latest idea developed this summer during holidays: "NO CODE NO PAPER", a system of queue management that does not require the use of paper. It has bothered me a long time to see printed unnecessarily.

For the system, I imagined a totem with a barcode reader, or, in order to be able to keep them around, I thought to use customer cards, the ones most people already have, those cards that collect points for things we all use (the pharmacy, distributor, shopping center, etc.).

The idea is that the customer, with his card or with a card of the dispenser, goes in to the totem for the reader, the player reads the text written in the barcode of the card and put it in the list queue showing in the monitor.

For the hardware I used

1. Arduino Uno + USB Arduino Shield combined with a barcode reader, all serving to read the cards;

3. A tablet with Android as output units.

The function system as follows

The Arduino Mega board generates a web page for the tablet, reads the SD card CODAx.TXT the file containing the current (SD tail needed in case of a blackout), and press the on-screen tail. Below controls the serial port Serial1 on hold if the text comes from it.

The Arduino Uno board with USB Shield joined with the barcode reader will send the text detected by the reader to Serial1 the Arduino Mega. 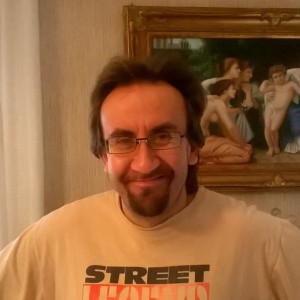 Based on Blockly and BlocklyDuino, here's a multilingual enhanced version with supervision, upload, multi-level blocks, etc.

This project allows you to draw your own controller to be used with anything. It utilizes capacitive sensing and graphite's conductivity.

PlatformIO is an open source ecosystem for IoT development. And now, PlatformIO for Visual Studio Code is coming!