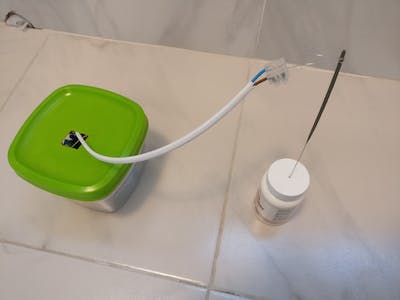 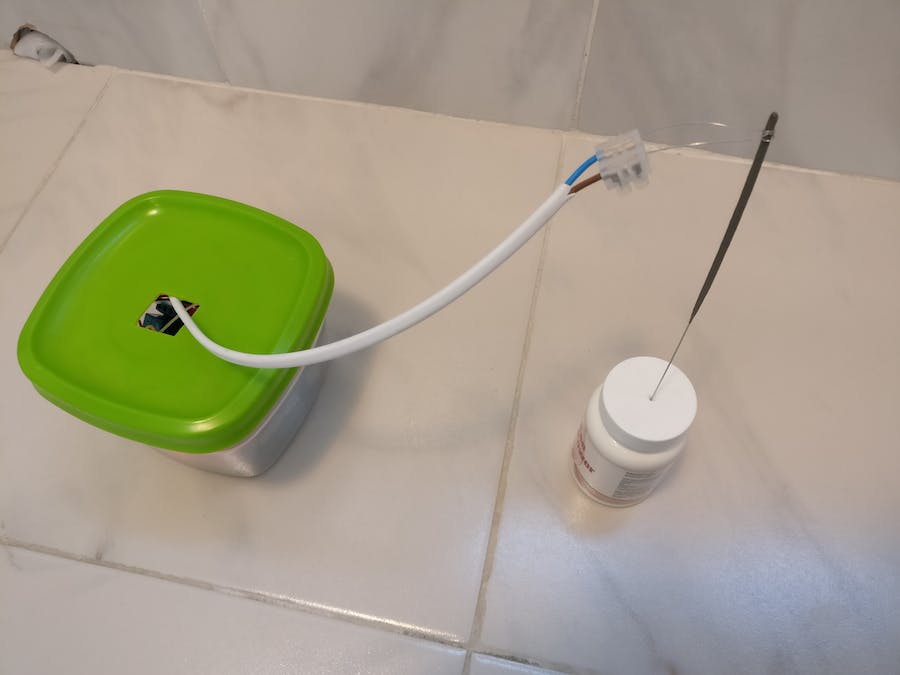 What is this and how does it work?

This is a beginner project in which we'll be lighting fireworks using our bluetooth enabled phone.

The phone will trigger the firing event, the listening Bluetooth module (HC-05) will communicate that to an Arduino, and the Arduino itself will trigger a relay. The relay will be connected to a LiPo battery and will drive current through a ribbon of nichrome wire wired around the firework / match. The nichrome will heat quickly and become red and hot triggering the firework.

That didn't sound that complicated right?

First of all, I need to explain why I've made this project. There are quite a few fireworks projects out there, why is this different. So I think it's advantages are:

Other advantages but not so unique are:

That being said let's get started!

We need to make the LiPo connector wiring to the relay and to to the nichrome wire.

Using a cutter and a wire stripper strip about 3 mm of cable on one side and 5 mm on the other side. Cut the heat shrink tube 2 x 6 mm and insert it on the 3 mm uninsulated side. Solder the cable on the LiPo connector as shown in the pictures, Then position the heat shrink tube to cover the exposed metal and using a lighter carefully heat the tube so it locks into position.

On the other side the positive wire of the 2 conductor cable goes into the relay (middle slot).

Another longer 2 conductor cable must be prepared, this should 30 cm or longer to safely trigger the firework. Strip the wire 5 mm on both sides, and then insert in in two terminal strip blocks (see the pictures). This cable will trigger the firework /match. At one side we'll insert the nichrome wire later. At the other side we'll connect it to the relay (+ terminal) and respectively to directly to the LiPo (- terminal). You'll need to identify the relay NO (normally open) position, this is mark on the relay with an unclosed loop, by contrast the NC (normally closed position) will be marked with a closed loop, so should be easy to spot. Using a 4 cm stripped on both sides (also 5 mm) wire connect the NO (+) on the relay to one of the terminal blocks of the 30 cm cable. The (-) terminal of the LiPo wire will be connected on the other terminal block.

This is a lot of talk but actually is pretty simple, please see the pictures and it will be more clear.

We need to prepare the 3 AAA battery holder it will be plugged in the breadboard so I recommend soldering a two male pins (like these) so it fits neatly into the breadboard. We'll also need to cut 2 x 5 mm heat shrink tube, and after soldering the male pins we'll use the lighter to insulate the bare metal.

Now the breadboard should be prepared, first insert the microcontroller, then the bluetooth module.

Using it and final thoughts

To use the device you'll need a serial bluetooth enabled device and that can be:

In my demo I've chosen an Android app called Bluetooth Controller. This app lets you customize buttons that will send serial data. I've created two buttons called On and On2 that will send "5" and respectively "6" over the serial. But of course any serial Bluetooth app will do fine.

Ok, first connect the LiPo battery, then set the On switch on the 3 x AAA battery holder, close the lid to the box, set the firework in place with the nichrome wire, set back and press the On2 button on the android app (because we connected the pin nr 6 to the relay).

I've also set a On switch with the "5" value assigned, I'll leave the implementation of multiple relays / fireworks for the user. Basically you'll need a bigger box, and multiple connected relays, with wires.

To drive fireworks with fuses if they don't work directly (wrapping the fuse with the nichrome wire) you can try with a match. Wrap the wire across a match head, and tie the match head to the fuse or glue it. This should do the trick.

You can check out this one too, it's a similar project but on a different board: Particle Photon.

I hope you enjoyed this tutorial, and I'm waiting for feedback!

The code that should be uploaded th the pro miniArduino

Then in the loop it listens to the serial connection for incoming communication (from the phone or tablet).

When something is received it will be checked for validity in the isPinNrValid function ( it should a pin number from 3 to 9), and then it toggles the pin on for "igniteTime". Ignite time is a constant initially defined by me for 2500 ms, you can change that to whatever you like, i've found out that my fireworks would ignite successfully given that interval. 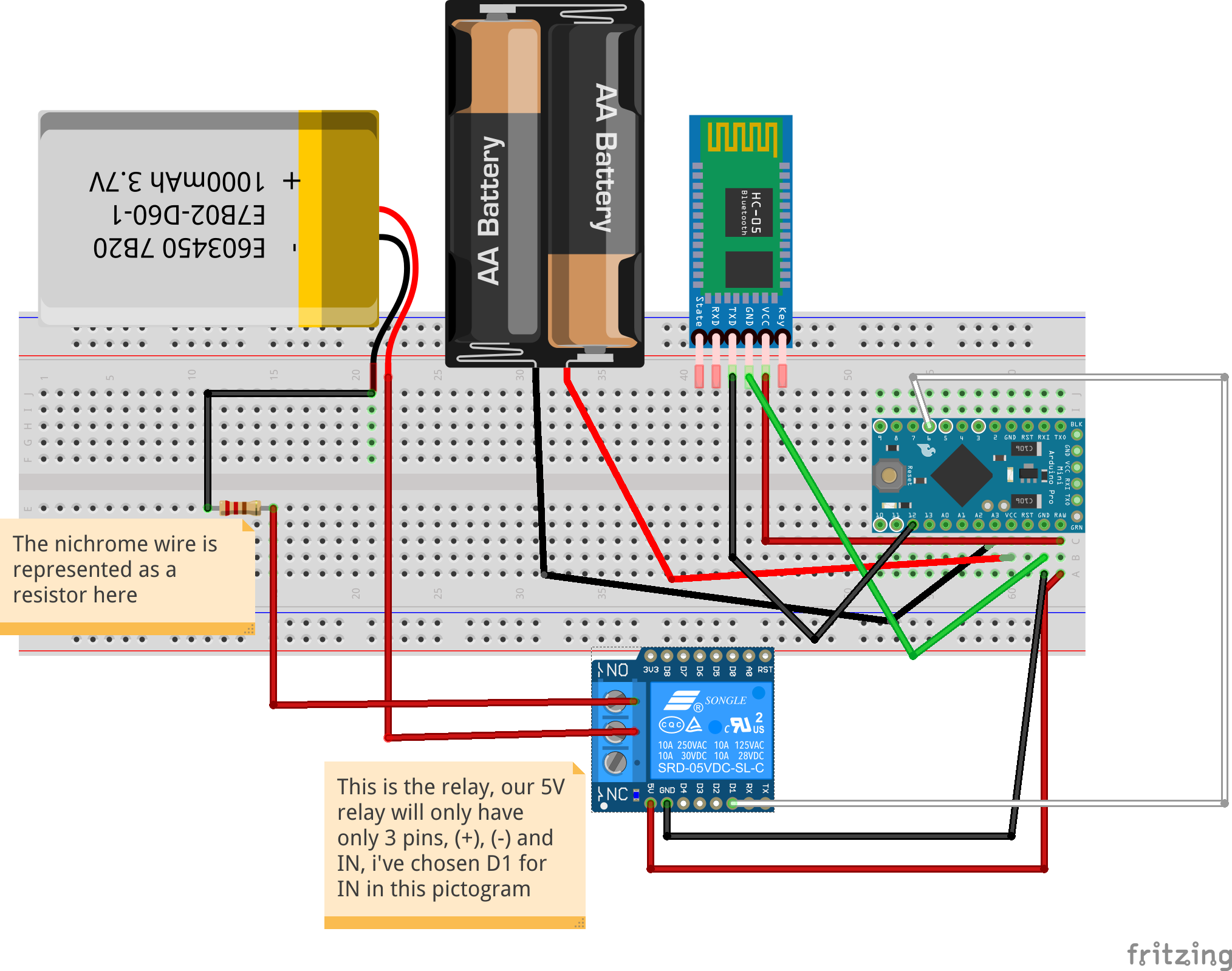 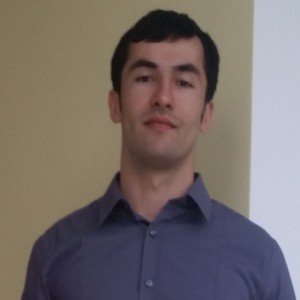 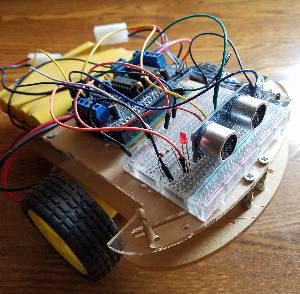