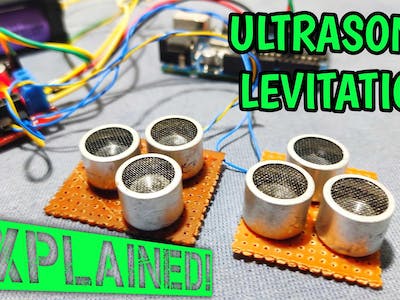 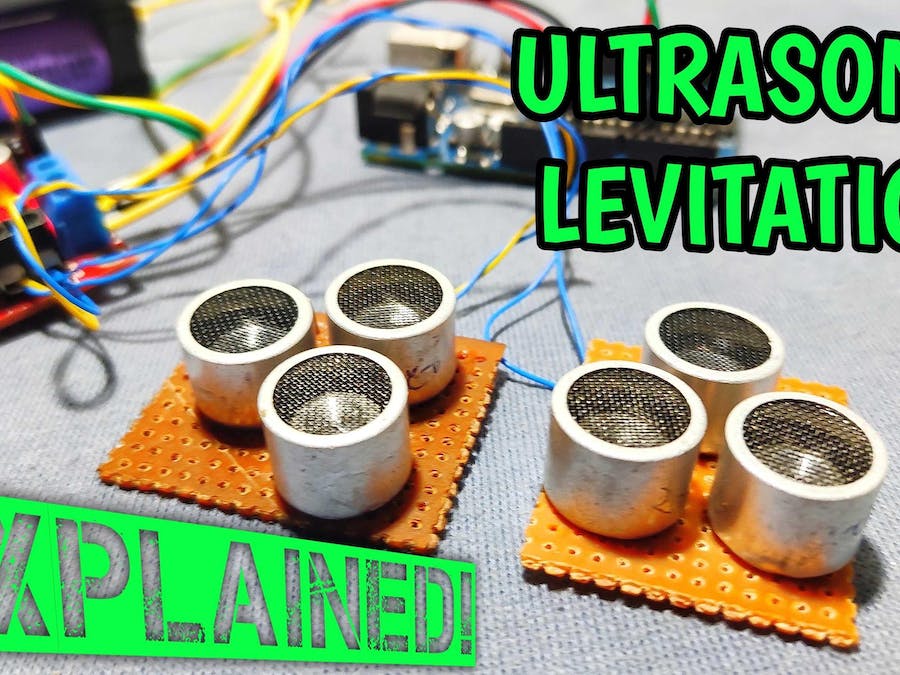 It is very interesting to see something floating in the air or free space like alien spaceships. that is exactly what an anti-gravity project is about. The object (basically a small piece of paper or thermocol) is placed between two ultrasonic transducers which generate acoustic sound waves. The object floats in the air because of these waves which seem to be of anti-gravity.

in this tutorial, let's discuss the ultrasonic levitation and let's build a levitation machine using Arduino

Step 1: How Is This Possible

To understand how acoustic levitation works, you first need to know a little about gravity, air and sound. First, gravity is a force that causes objects to attract one another. An enormous object, like the Earth, easily attracts objects that are close to it, like apples hanging from trees. Scientists haven't decided exactly what causes this attraction, but they believe it exists everywhere in the universe.

Second, the air is a fluid that behaves essentially the same way liquids do. Like liquids, air is made of microscopic particles that move in relation to one another. Air also moves like water does -- in fact, some aerodynamic tests take place underwater instead of in the air. The particles in gasses, like the ones that make up air, are simply farther apart and move faster than the particles in liquids.

Third, the sound is a vibration that travels through a medium, like a gas, a liquid or a solid object. if you strike a bell, the bell vibrates in the air. As one side of the bell moves out, it pushes the air molecules next to it, increasing the pressure in that region of the air. This area of higher pressure is a compression. As the side of the bell moves back in, it pulls the molecules apart, creating a lower-pressure region called a rarefaction. Without this movement of molecules, the sound could not travel, which is why there is no sound in a vacuum.

A basic acoustic levitator has two main parts -- a transducer, which is a vibrating surface that makes the sound, and a reflector. Often, the transducer and reflector have concave surfaces to help focus the sound. A sound wave travels away from the transducer and bounces off the reflector. Three basic properties of this travelling, reflecting wave help it to suspend objects in midair.

when a sound wave reflects off of a surface, the interaction between its compressions and rarefactions causes interference. Compressions that meet other compressions amplify one another, and compressions that meet rarefactions balance one another out. Sometimes, reflection and interference can combine to create a standing wave. Standing waves appear to shift back and forth or vibrate in segments rather than travel from place to place. This illusion of stillness is what gives standing waves their name.Standing sound waves have defined nodes, or areas of minimum pressure, and antinodes, or areas of maximum pressure. A standing wave's nodes are at the reason of acoustic levitation.

By placing a reflector the right distance away from a transducer, the acoustic levitator creates a standing wave. When the orientation of the wave is parallel to the pull of gravity, portions of the standing wave have a constant downward pressure and others have constant upward pressure. The nodes have very little pressure.

so we can place small objects there and levitate

First we need to desolder the transmitter and receiver from ultrasonic module. Also remove the protective cover then connect long wires to it. Then place the transmitter and receiver one over the other remember, the position of ultrasonic transducers is very important. They should face each other in the opposite direction which is very important and they should be in the same line so that ultrasonic sound waves can travel and intersect each other in opposite directions. For this i used foam sheet ,nuts and bots

The coding is very simple, just of few lines. Using this little code with the help of a timer and interrupt functions, we are making high or low (0 / 1) and generating an oscillating signal of 40Khz to Arduino A0 and A1 output pins.

connect everything according to the circuit diagram

remember to connect both grounds together

Next i tried to to levitate big objects for that first i increase the no. Of transmittors and recivers that didint work. So next i tried with high voltage thats also failed.

Later i understood i failed because of the. Arrangement of transducers if we use multiple transmitters then we should alian in a Curvy structure. 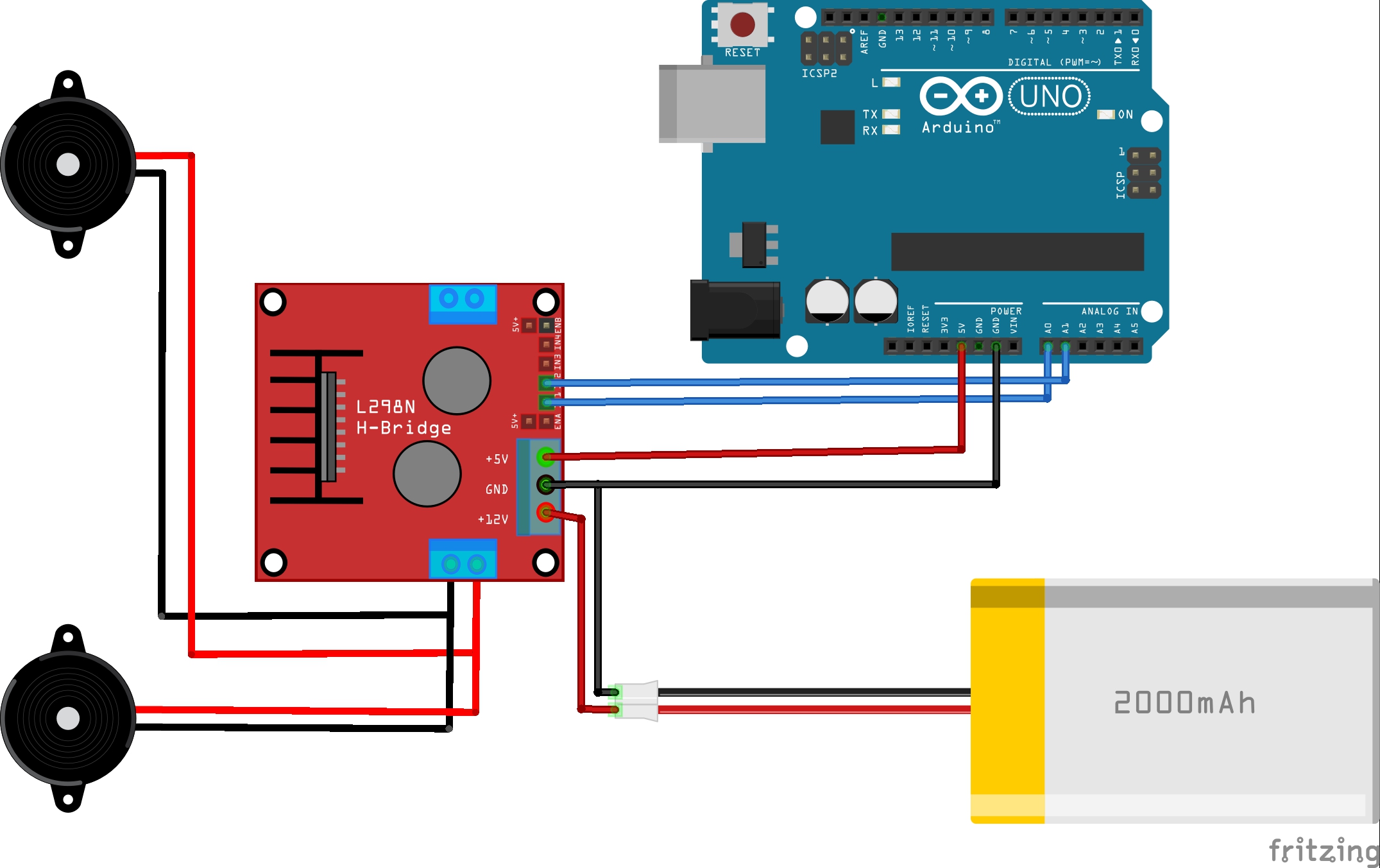 A touch-free germs disinfecting device that can disinfect anything from masks, wallets to mobile phones, killing maximum germs using UV-C.