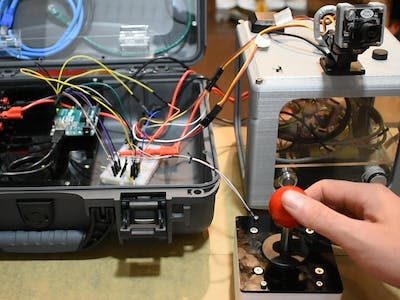 Control the pan and tilt of a camera with a 4-way joystick. 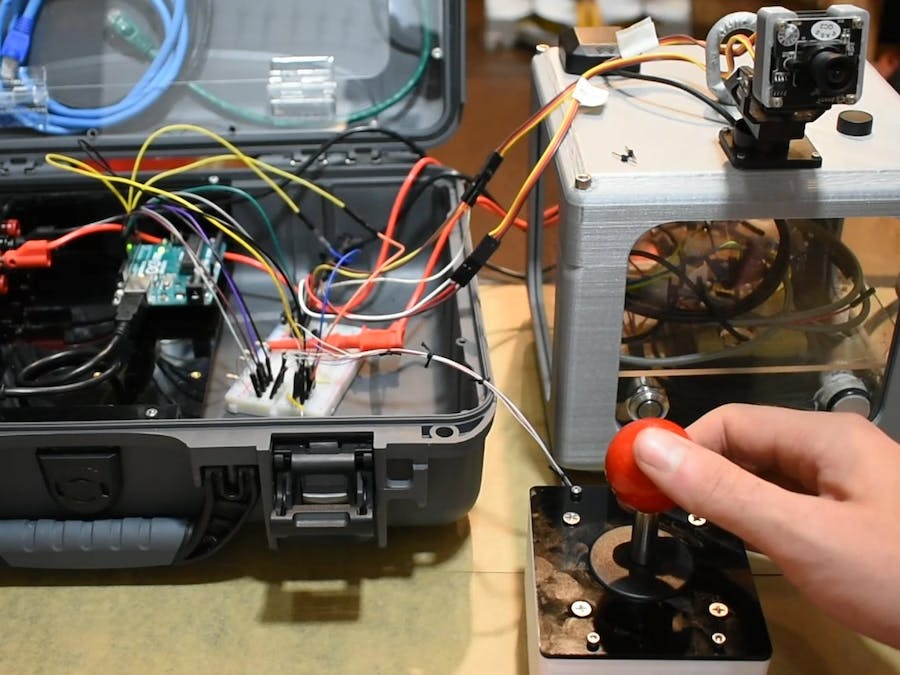 Control the pan and tilt of a camera with a 4-way joystick.

Please visit https://proteshea.com/process/learn/embedded-systems/uno-rev3-projects/control-pan-tilt-module-with-4-way-joystick-and-arduino-uno/ for a complete list of materials needed for this project.

If you haven’t read our Getting Started Guide for the Arduino Uno Rev3 (Uno), please read that first. Otherwise, continue reading. In this project, we’ll be interfacing a 4-way joystick to control the pan and tilt of a small camera module. The joystick consists of four limit switches. Each limit switch has two leads, so we’ll need a total of eight digital I/O pins; four will be used as outputs and four will be used as inputs. The pan-tilt module consists of two servo motors – one for pan and one for tilt. These are controlled via Pulse Width Modulation (PWM), so we’ll need two PWM channels on the Uno.

Pull-down resistors must be used on the output side of each limit switch to prevent a floating input pin that is connected to the Uno. A floating pin means that the signal level can randomly switch between +5V (if this is your high signal voltage) and GND. This can cause the Uno to think that the switch is activated, and it will perform the function accordingly. For example, let’s say we have a piece of code that checks if a digital input is high and if it is, an LED will turn on. If the digital input is low (what we want as our default state), the LED will remain OFF. If the input is floating, the pin could randomly go high and cause the LED to turn ON even though the switch is off.

The joystick does not come with a mechanical enclosure to mount it into, so we have to design our own. We used a 3D printer to make ours, or you could also make it out of acrylic. We also redesigned the aluminum top plate to give more clearance for the limit switches. This was manufactured with a piece of 1/8″ thick acrylic and a laser cutter.

The limit switches on the joystick do not come prewired. You can either use female quick disconnects or solder wire straight to the leads. We opted to solder wire straight to the leads instead of using quick disconnects. We used 30 AWG wire since there is not much current flowing through the wire, but you can use anywhere between 24 – 30 AWG wire. If you can, try to label or color code each wire so that it is easier to identify which wire goes to which limit switch on the joystick. Otherwise, you will be probing each wire with a voltmeter to determine which wire is what.

Cut each wire to 2′ in length. You can shorten or lengthen them depending on how long you want your wire harness to be. Strip about a 1/2″ of insulation off of each wire. Next, solder a wire to each lead of the limit switches. To prevent short circuits from one lead to an adjacent lead, add a piece of heat shrink as shown in the image below. Once each wire is soldered on, pass them through the hole in the enclosure and mount the joystick to the enclosure.

Hopefully you labeled which wire goes to each limit switch. We’re using Uno pins 2-5 as output pins and pins 6-8, and 11 as input pins on the Uno. The wires that go to the input pins of the Uno will need to be routed to a breadboard first so that they can be tied to a pull-down resistor. A schematic is shown below.

Servo motors typically have 3 wires: power (red), ground (black or brown), and signal (yellow). They have a 3-pin female header at the end of the wiring harness so we’ll need 3 male header pins to connect them to a breadboard. You can either route the signal wire of each servo motor to the breadboard first or tie them straight to the female header on the Uno. We’re going to use pins 9 and 10 since these are PWM channels (marked with ‘~’ on the Uno). The servo used to tilt the camera will be tied to pin 10 and the servo used to pan the camera will be tied to pin 9. A circuit schematic is shown below.

If you haven’t mounted the Uno onto the prototyping area of the FuelCan, go ahead and do that. I placed the breadboard in the bottom storage compartment to limit the length of the jumper wires. We need to supply GND to the ground rail and +5V to the positive rail on the breadboard. Use the provided banana jack to test-lead clip cables to do so. You will need two male header pins to mount the test-lead clips to the breadboard side. Plug the Type A side of the USB cable into the USB1 receptacle and the Type B side into the Uno’s receptacle. Plug in the Type A to Type A USB cable into a USB port on your computer and the external USB connector of the FuelCan. Power up the FuelCan with the AC-DC power adapter.

Once the wiring is complete and the FuelCan is powered up, we can now load the sketch onto the Uno. The sketch is below. When the joystick is moved up, down, left, and right, the camera will tilt up, tilt down, pan left, and pan right, respectively. If yours does not do this, try rearranging the input wires from the limit switches. 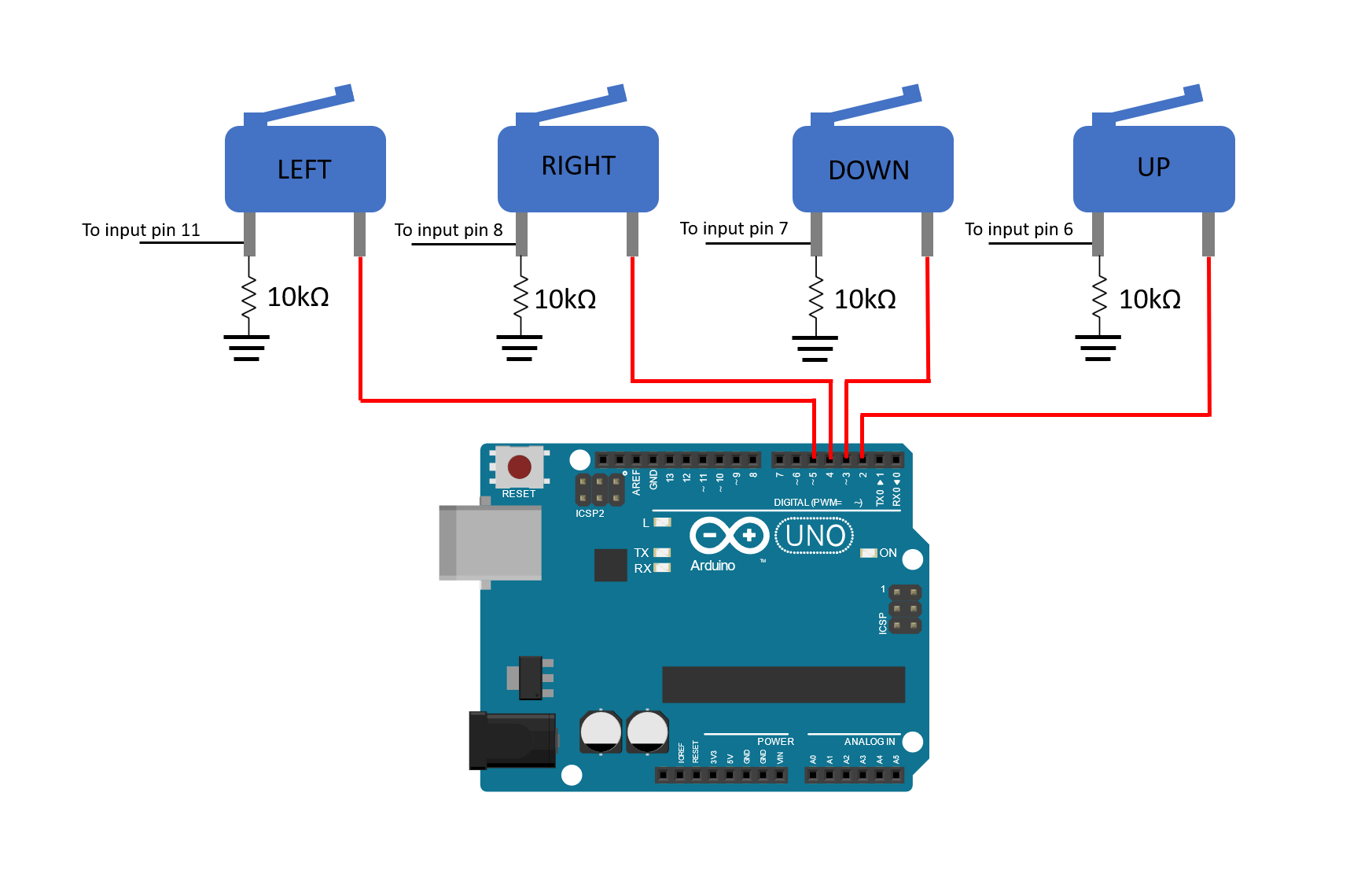 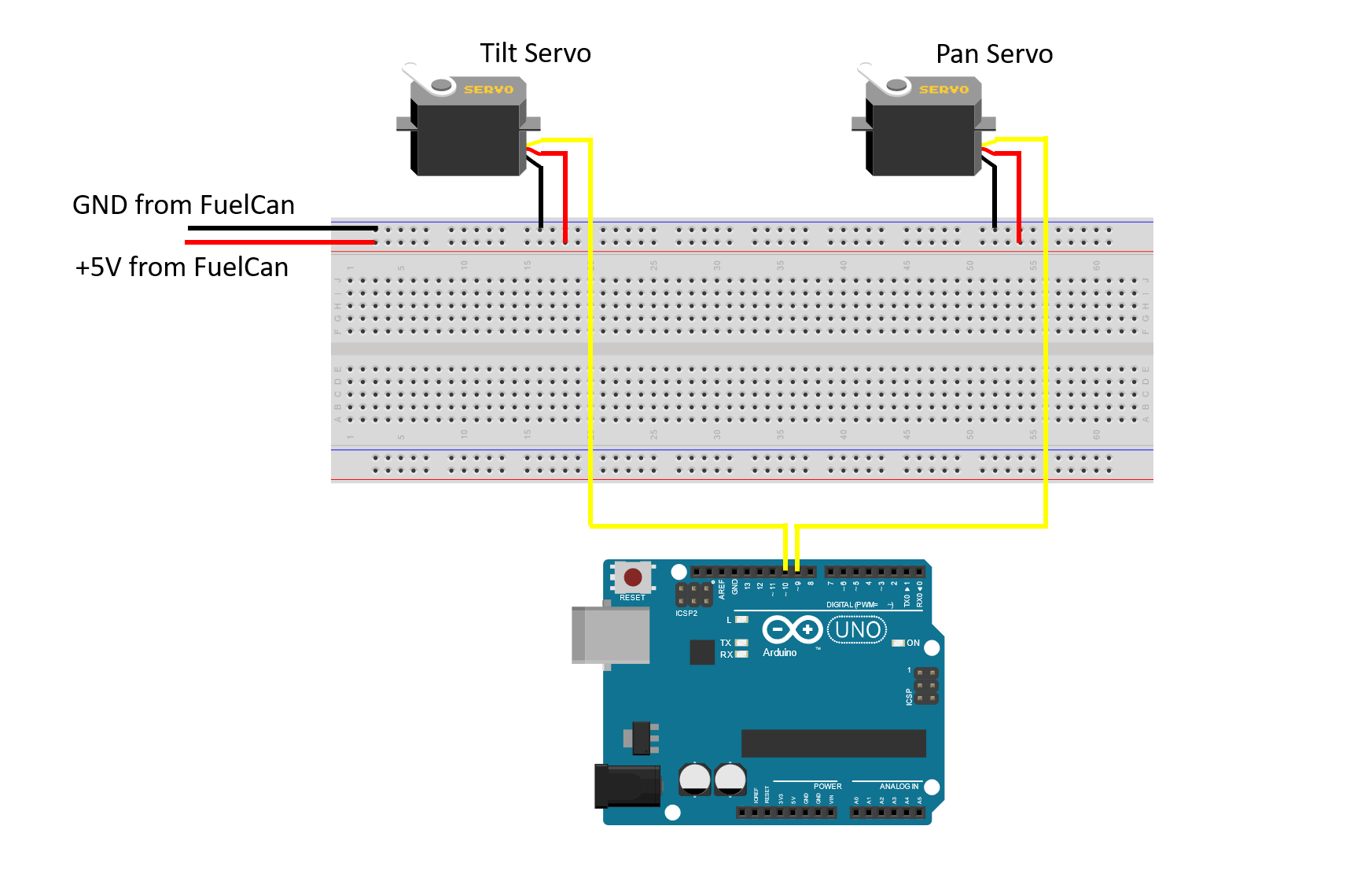 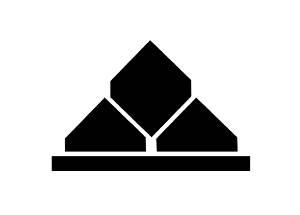 Connect 2 Stepper Motors to Arduino and control them with Joystick - Quick and Easy!