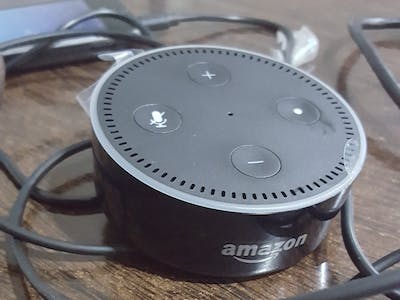 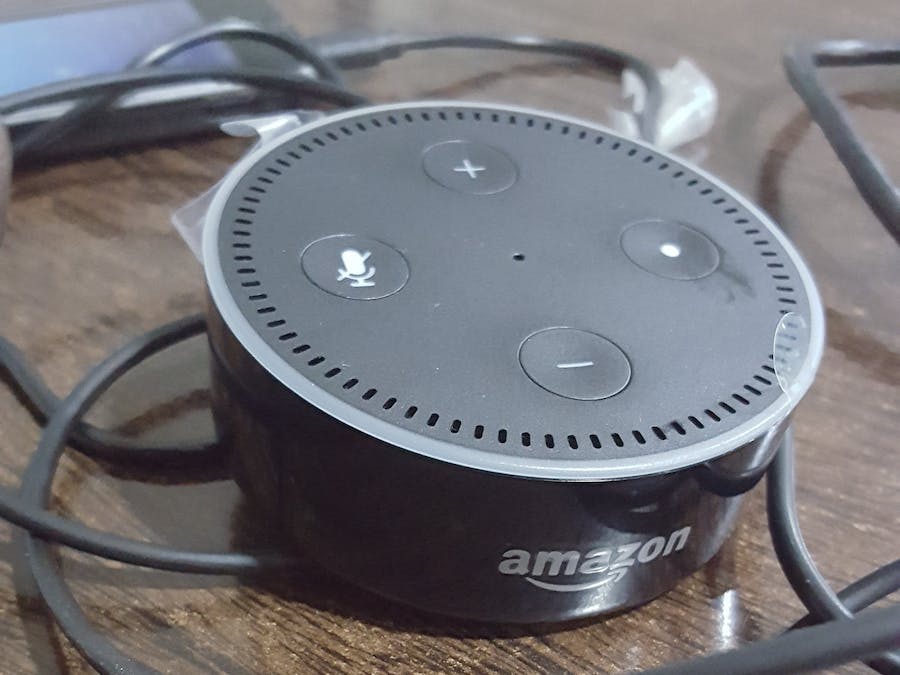 This project describes the design and fabrication of a home automated indoor gadget "Smart Socket" which is simply an AC mains power socket extension that integrates with the Amazon Alexa voice service for voice interraction and control of the device. Typically the mains socket extension has four sockets, with an enabled alexa voice device like the Amazon Echo Dot, you gain the ability to use your voice to control the states (ON/OFF) of these sockets. On top of that, there exists the fifth socket which implemented dimming capability. This dimming capability can serve to power your incandescent side bed lamp in your room. And with your alexa enabled device, you can easily use your voice to control the brightness by simply saying "Alexa ask smart socket to set dimmer to thirty percent". And there you'll observe the light as it smoothly increases or decreases its brightness, instead of a sudden change of brightness that could trigger seizure. Check the video below to have a full idea of what this alexa voice enabled device can do.

Basically, this project consist of four major components as described by the diagram below.

In this project, we defined seven intents in the skill interface to be handled by the skill service written in node.js.

Creating an alexa skill is quite straight forward, all you need is an Amazon developer account, then you are good to go.

This is where things started getting interesting for me. To create the smart socket skill with our define intents as defined earlier.

Login to the amazon developer console, with your amazon developer's account and choose "ALEXA" from the list of tabs on the console and select get started on the alexa skill kit (ASK).

Building the interaction model, this is a JSON format where you configure your utterances, intents and slot. I found the use of model builder to be very useful and quick. It comes with a beautiful and easy to use user interface. So for the Intents mentioned earlier this is where we need to define those utterances that would trigger a particular intent.

And here comes the step where you would need to specify where you are going to be hosting your Skill service. As seen in the image below, options are given to either use Lambda function, or you specify a Https url to where your skill service is hosted. In this project i decided to use an external source to host the skill service written in node.JS.

The skill service implemented the the intent handlers for the intents from the skill interface configuration that holds our utterances. Writing the skill service using the alexa kit was good, but i needed to do my development and test on my local machine and also deploy on Heroku. So i came across JOVO, a voice application framework that makes writing voice applications for alexa much simpler, and also already provided in the framework, database managemt api to manage local file db persistence and dynamoDB. To cover it all up the framework provides a snippet of how to test on your skill on your local machine.

What the skill service does when it receives an intent to turn the light on or off for example, is to find a way to communicate to the smart socket the intention of turning on or off a specific socket number. One of the ways to archieve this, is via MQTT protocol. MQTT protocol works as publish and subscribe kind of protocol. Messages are being published with a topic to a MQTT broker (server) and subscribers listens for incoming messages from the topic they have subscribed to.

For this project, the skill service and smart socket implemented this communication protocol. MQTT is effiecient as it can work where there is network latency. The Node server skill server leveraged on mqtt.js. this can be installed using npm.

The MQTT broker used in this project is mosquitto. it is a public broker which you can use for your test if you wish not to host one on your local machine. The snippet below shows how to connect, subscribe to a topic.

Redis is an in memory database, this means the database uses the ram for its persistence which makes it relatively fast to save and retrive information. Redis majorly is used for queueing and for temporary storage of data. But it is used here just to demonstrate a full funtionality of this project. Redis is available on windows and linux. After installing redis and started on my machine, redis node js client installed from npm is used to persist data into the redis database.

To run the service locally on my machine i used ngrok.com . i used ngrok because the amazon skill interface that needed to communicate with the skill service only works on https and hence ngrok coming to the rescue.

This simply binds the port to a public https url that can be supplied to allow skill interface to interract with the skill service hosted on my local machine.

This is the most critical part of this project. The smart socket comprises of two main components an Arduino Pro Mini and Node-MCU ESP8266. The Node-MCU is responsible for providing the wifi capabilty.

The schematic below elaborates on the smart socket main components.

The schematic does not include the dimmer, but the pin has been described inthe image above. The image below gives a close up of how the dimmer looks like.

The Function of the dimmer is to allow us be able to control the brightness of an incandescence lamp. not recommended for inductive load.

The only task by the ESP8266 is wifi connectivity and the implementation of the mqtt protocol. While the Arduino Pro mini major task is to respond to commands from the ESP. The commands include:

And to also publish its current state. The code for both Microcontroller are given below.

For the Arduino Pro Mini:

This is a node js application skill service for smart socket.