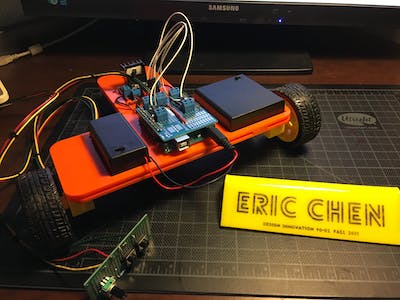 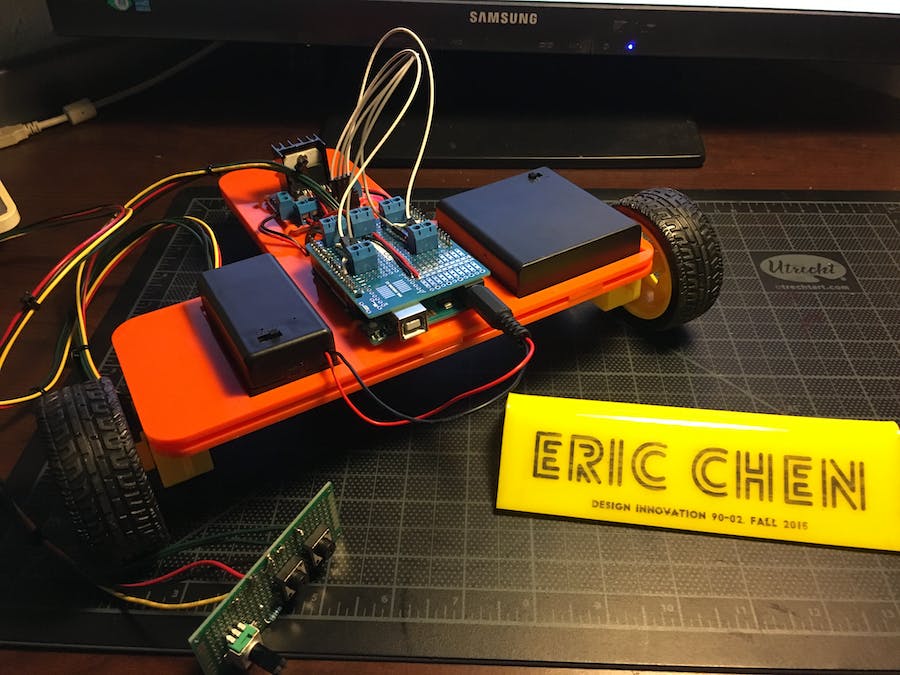 This homework was to complete the vehicle project as it was in the last project, but without a solderless breadboard and a "leash" that can hold up the vehicle.

The things I wanted to fix from the last iterations were the vehicle's weight distribution, speed; the leash's length; and the flexibility of the caster wheel.

Regarding the weight: the last iteration had the battery packs placed at the back of the vehicle, so to fix it, I had all the heavy pieces on the same axis as the wheel. My solution there was then to place the Arduino and battery pack side by side, with the H bridge placed behind the Arduino. It made the vehicle wider, but it worked well.

The speed turned out to be some anomaly of my last iteration: with no code change, the wheels' speed now reflects the coding I intended.

I got the leash from a fellow classmate, and to make sure the leash didn't snap upon being held, I threaded it through a bar so that the weight would be placed on a reinforced part of the body. It works well!

The caster wheel's only problem last time was that it was stuff, and that was a result of how I used adhesives and, in the last minute, thickened the body. Since this iteration's body was made with the thickness in mind, the caster wheel was placed better. I found that not using glue and using the natural thickness of the lollipop stick seems good enough to keep it in place without making the caster wheel stiff.

In miscellaneous revisions, I rounded the edges, as suggested in class. I redesigned the body so that the battery packs were more secure by making three layers, a design choice I saw other people make in their last iteration. I also made putting the Arudnio and H bridge on the body easier for myself by using cable ties. As opposed to the last iteration, the motors were attached via double-sided tape, which is holding up much better than I thought it would.

This time around, I also made sure to test the device step-by-step (since it would probably be way more punishing if I didn't and found I made a mistake somewhere along the way). I also ran it up a make-shift ramp, just to make sure the weight distribution worked like I imagined it would.

After some initial hiccups, the soldering of all the pieces went pretty smoothly. I didn't encounter any major problems, other than waiting for CITRIS hours.

The vehicle moves pretty well, and I even seem to have better control of the vehicle. Soldering seems to make all the difference.

Hopefully I can sign up for an Electronics Hands-On workshop in Jacobs, but as it seems, I can't make it to any of them in the near future. If I had, then I could've finished this project earlier. 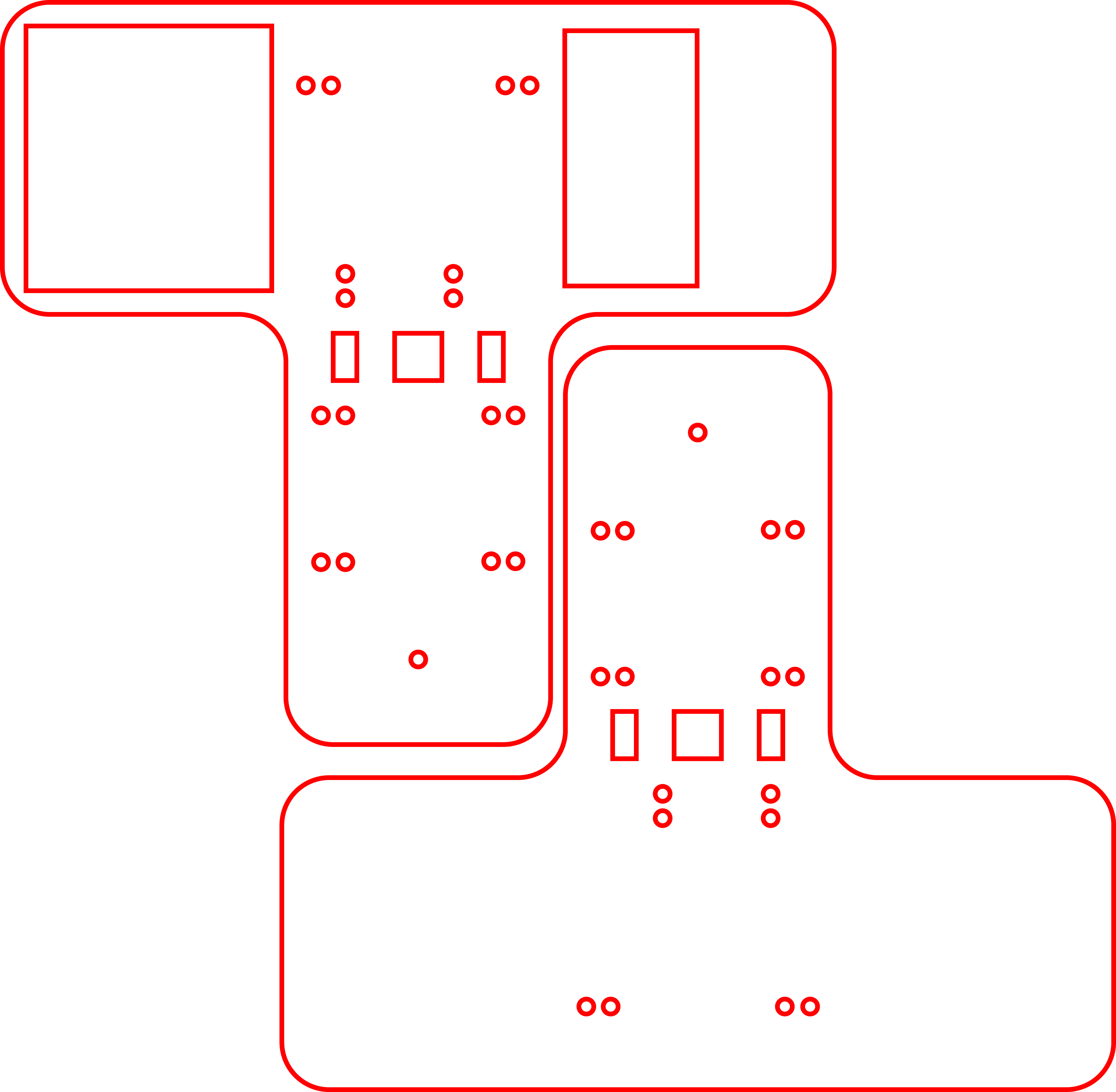 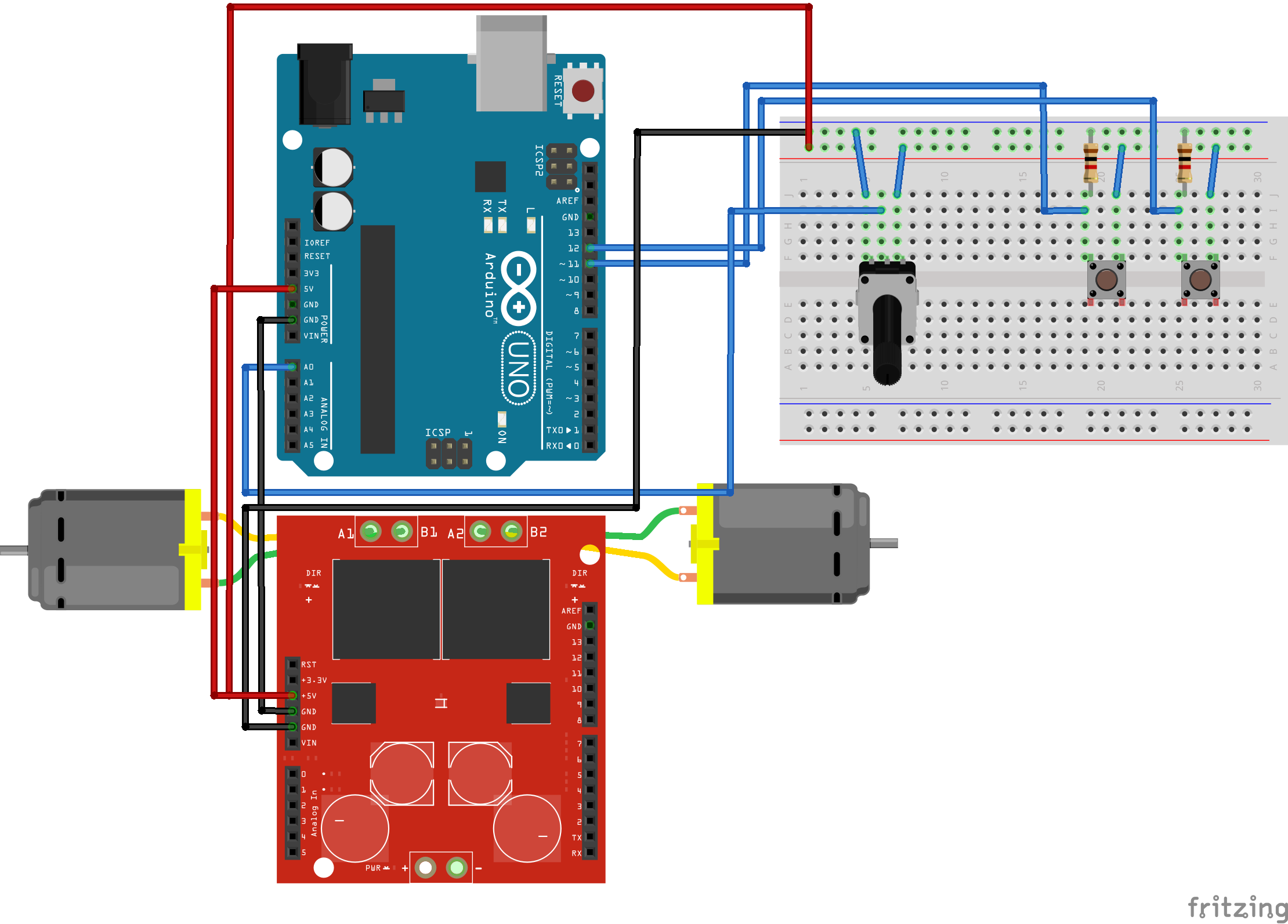