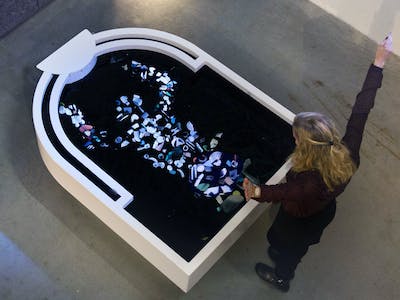 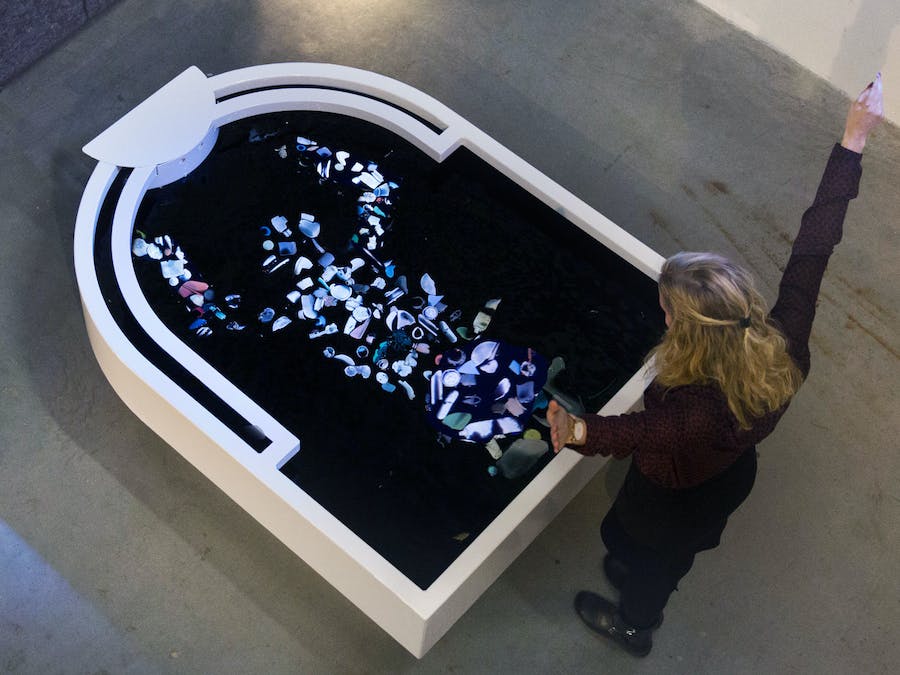 Plastic Reflectic is an interactive installation that reflects on the problem of the “plastic soup” in our oceans. Enormous amounts of plastic waste end up in the ocean, where it slowly degrades into tiny particles. These microplastics find their way into all parts of the food chain and eventually, for example through the eating of fish, also into our own bodies.

The installation consists of what appears to be a large empty white pool filled with black water. When you step in front of it, hundreds of pieces of actual ocean plastic come floating to the surface, forming your silhouette. As you move your body or wave your arms, pieces of plastic submerge again while others float to the surface showing your own real-time reflection moving along with you, made of plastic waste fished from the oceans. Plastic Reflectic warns us by showing us our own bodies made out of plastic ocean trash, but also shows that everyone has a personal influence on this growing problem.

Plastic Reflectic is a project made by FRONT404 and artist Thijs Biersteker together with Better Future Factory, for the Plastic Soup Foundation and Dutch newspaper de Volkskrant.

The installation works using a Kinect depth-camera, a PC running a Max/MSP program, and an Arduino controlling around 600 servo motors. The depth camera of the Kinect is used to get a clean image of a visitor’s silhouette, without noise from the background. This image is manipulated in Max/MSP into a 600 pixel (basically 30*20) black and white image. The silhouette is shown as white, while the background is black. Each pixel represents a waterproofed servo hidden beneath the surface of the water, with a floater attached to which a piece of ocean plastic is glued. This grid of black or white pixels is sent over serial to an Arduino which is connected to a daisy-chained line of 38 Adafruit 16-channel servo control boards. Every servo that is linked to a white pixel will turn 180 degrees one way, allowing the piece of plastic to float to the surface and become visible. When this pixel becomes black again the servo turns 180 degrees back again, pulling the floater back under the black water. By doing this multiple times a second the installation is turned into a smoothly reacting mirror made of 600 floating pieces of plastic. 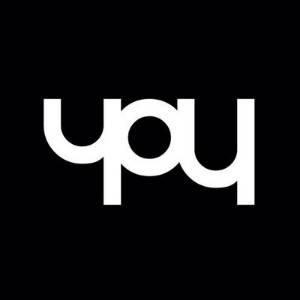 An interactive installation made out of LED candles that light up in the shape of the silhouette of the user.

First optical toy (1832), which allowed to reproduce the movement of an image. Here motorized and reproduced with Arduino.