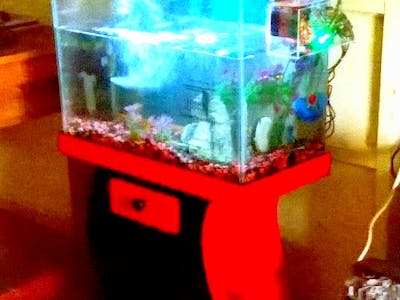 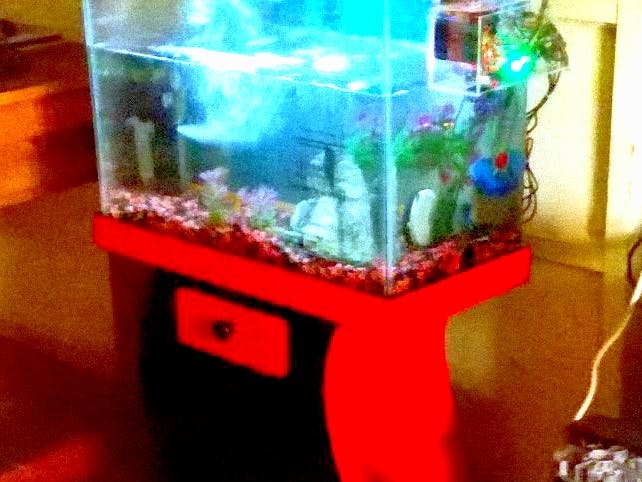 It all started when I have to submit my Final Year Project for my Engineering Program. I have given more than 5 project proposals but all were rejected from the supervisor as they were already made or too old. So finally my supervisor gave an idea to work on IoT kind of project. So eventually I found out that inside aquarium there is a small world and this world can be equipped with lot of engineering. I started research on different aquariums.

I found out that people who already worked on aquarium have controlled the Aquarium from Touch Screen or from Internet. So I have chosen a new way to control, automate & monitor the aquarium from anywhere around the world as I was about to connect the aquarium with GSM Network.

So finally my project proposal is accepted in which I'm using Arduino UNO with GSM Shield as main component. The best thing about this project is that it has 3 objectives:

Turn On & Off of the aquarium's appliances are controlled with SMS commands while the water temperature monitoring report is sent back to the user's phone. Other than this, the feeding system for fish runs on automation, depending on the feeding time programmed by the user in the Arduino. So this is the main idea which I have started to work on.

I bought an aquarium along with my friend. It looks beautiful in contrast of Red & Black.

I have ordered many components from China. And as soon as I got these items, I started to work on them.

Then I have started Arduino programming and one by one I interface every component with the Arduino.

I used relays 5V relays to control AC appliances from Arduino (through SMS).

The underwater heater & the oxygen pump are AC appliances.

I also used an underwater tube light inside the water but it was not long lasting so I reject the tube light and used LEDs on the roof of the aquarium & LEDs which remain underwater.

Fish feeding system was the next task to make. As I wanted to make this project more economical and useful, I used 5V DC stepper motor. And from different mechanical ideas I made this by myself.

I made 2 small holes at the bottom as you can see, and placed a wall in the center of the cup. As the feeding time arrives (which must be programmed in the Arduino), the wall will rotate 360° and stops until the next interval.

I have also ordered the plastic box to put my device inside and glue it with the aquarium.

As the plastic box arrived, I placed my device in it. Meanwhile I worked on the program and it was almost done and need testing, so the things were about to start. I tested my program's automation, SMS monitoring & SMS controlling on the breadboard already.

Now, it's time to give a new shape to the Aquarium.

Meanwhile my project report which I was writing till late night was printed and came into my hand. It was a fantastic feeling.

Every alliance inside the aquarium is now controlled with SMS. The device that can be operated by SMS are:

This project is not a high budget project. Arduino IDE is free of cost. Therefore, no amount is spent on software.

This is a successful controlling and monitoring system which is not just limited to aquarium but can also be applicable to any security, monitoring, controlling and automation system. This project offers fully automated aquarium. As mentioned earlier, we are not only providing automation over devices like LEDs, heater, oxygen pump but also we have process that alert the person regarding the temperature changes in the aquarium.

There are many more possible future improvements that can be done with this device:

 Controlling and Monitoring using GPRS. GPRS connectivity is also possible as the device is already connected to GSM network.

 Use of more sensors such as pH sensor, Salinity sensor and Calcium sensor etc.

 Camera to capture real-time images and video for monitoring

It is fine & working.

Download
Pin Mapping of Arduino UNO used in this project 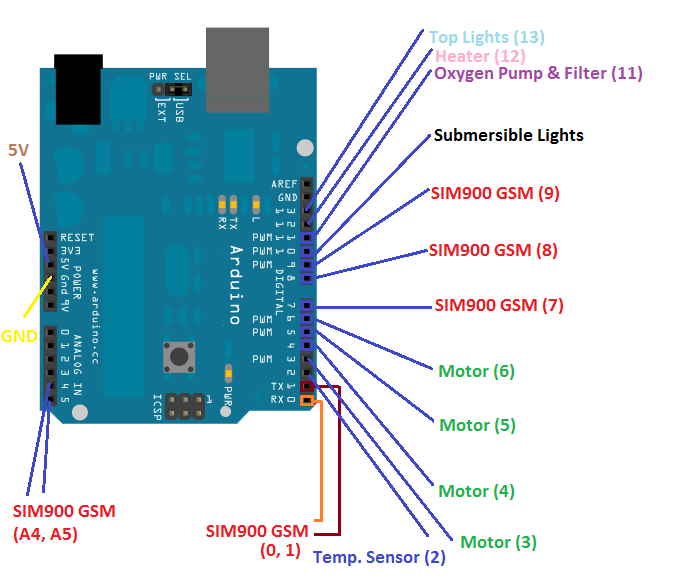 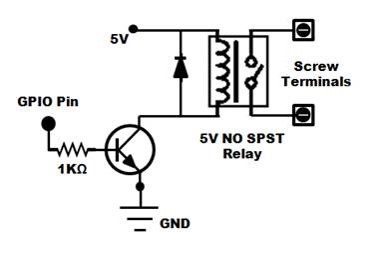 Block Diagram of the Project 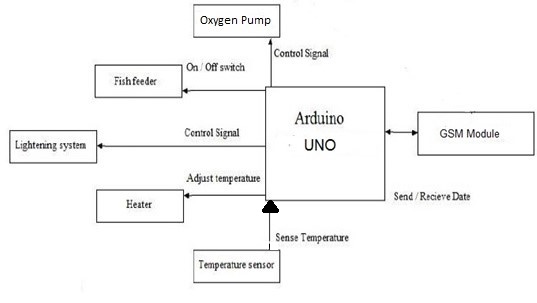 Controlling lights and CO2 admission to a aquarium. Sensor data is stored so it can be used for statistics.

In this project I am trying to automate the school alarm using Arduino, RTC clock module and a relay.

ET fishbowl is a smart controlled robot that automatically feeds your fish at a given time and controls light, oxygen, filter & water level.