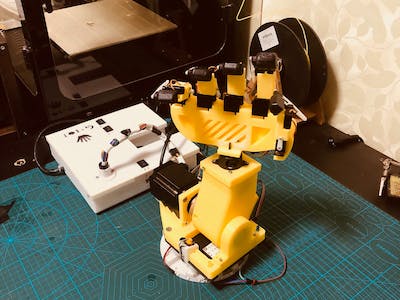 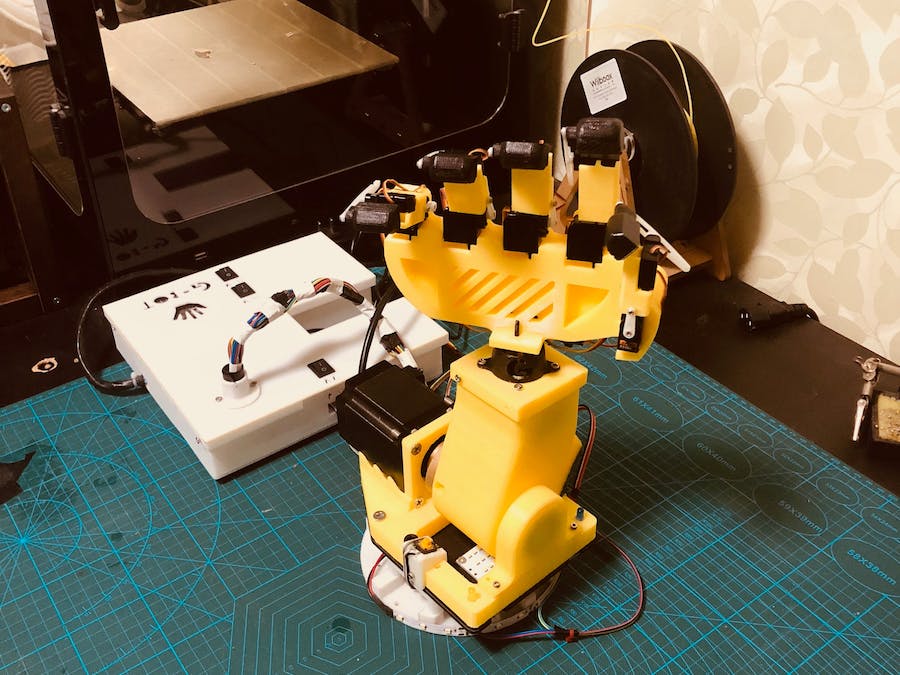 Gesture Bot is a simple yet life-size robotic hand that is able to imitate hand gestures. It can be custom programmed to perform certain hand gestures.

The mechanics of the hand is powered by 10 servos that are used for the hinge points of the fingers and two stepper motors that control the wrist movements and base arm movements. At the heart of the box lies an Arduino Mega which controls all the electronics.

At of yet i am using the serial commands to control the robotic hand, although a lot of more features could be incorporated such as designing a control pad which relays feedback which can be facilitated with the numerous analog pins of the Arduino Mega.

Although all the functions of the hand work well, I do believe the design has some drawbacks in aesthetics and the if the degrees of freedom for movement of hinge points can be increased it would definitely function more like a life like hand.

I have divided the build into four main parts for ease of explanation. The Base, The Arm, The Hand and The Control Box.

Another 12V LED strip runs along the circumference of the bottom structure. The Base Stepper Motor is connected to the Arm with a coupling flange and the arm is held in position with the bearing fixed from the opposite side. The bearing housing is bolted to the top structure of the base assembly

Finally a push button is fixed to the top structure to act as a kill switch to prevent further movement and then move back a certain amount of steps so that the hand will be in a definite position. A better option be to hook a POT on the shaft of the base stepper motor to get feedback of the current position of the stepper motor, but i have just left it as it is for now.

The arm is 3D printed as one whole piece and has a pocket in the top to fit the wrist stepper motor. The Arm is placed in position with the support from the bearing and the coupling flange connecting the shaft of the base stepper motor to the arm.

The servo wires of the servos have been glued with some slack to facilitate the movements of the small hand structures. The joints of the fingers are made with small arms that come with the servo motors.

The Control Box houses the two TB6600 Stepper Motor drivers, a breadboard for the connections, a breadboard power supply, and the Arduino Mega micro controller board which controls all the movements of the robotic hand. I know that the TB6600 is a bit of an overkill for the NEMA 17 stepper motor but i had one extra lying around and also it fit well in the control box so i decided to go for it. I guess the control box could be miniaturized in size by replacing one TB6600 with and A4988 driver.

The three on/off switched on the top of the control box switches the 14.8V, 12V, and 7.4 batteries respectively. I have done this mainly because it is easy to test different parts of the hand by cutting power off to the parts that aren't concerned to the test, also i guess this would be a good precaution when playing with high voltage DC power units.

This code is just used to control the hand using keyboard command. It can be modified in the future to work with a blutooth, wifi module and control via an app. A custom remote or perhaps glove could also be used to control but for now i've just tested with the commands sent via computer keyboard.

This code allows the user to control gesture bot using the serial commands.

These are the CATIA V5 design files for Gesture Bot and the respective repository for it.
https://github.com/hannu-hell/Gesture-Bot-CATIA-V5-files 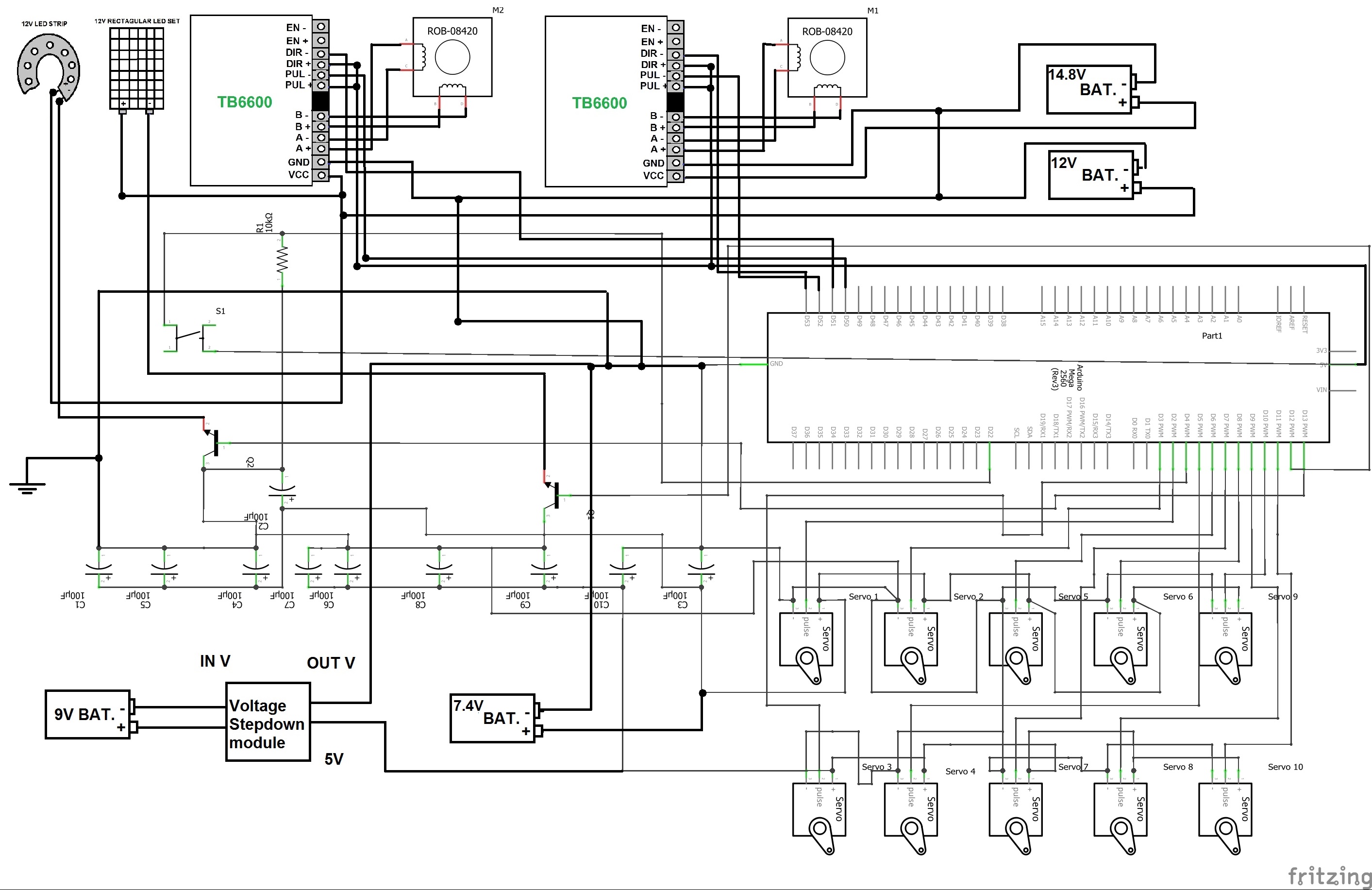 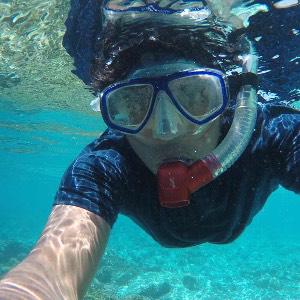 Till the completion of Cute Drawing Buddy V1, SCARA Robot - Arduino I plan for a another drawing bot, main aim is to cover a large space.