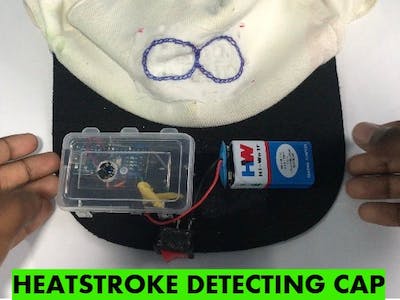 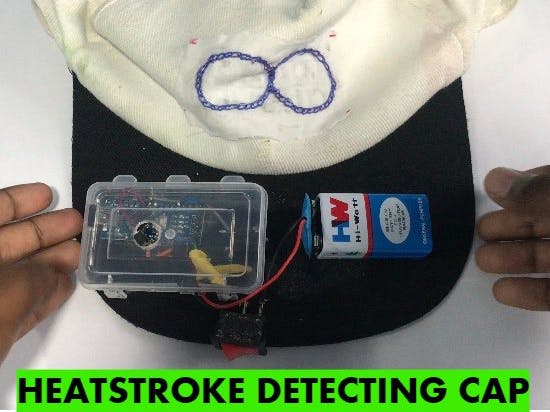 Last summer I got a severe heatstroke because of playing in the sun for a long time. Then I wanted to play in the sun but I still didn't want to get sunstroke. So I created a hat or a cap which has a temperature sensor, so according to the age if there is a chance of getting sunstroke the buzzer will beep.

This can even be implemented in other devices like watches and belts.

The LM35 temperature sensor will check the temperature and there will be a Timer in the code. IF THE TIMER ACCORDING TO THE AGE (13 - 17 YRS) WILL BE BROKEN AND THE BUZZER WILL BEEP FOR 15 Secs ALERTING THE USER THAT HE IS GETTING HEATSTROKE. This project is made with Arduino Nano.

You can make this project by following the five steps given below.

First of all build the circuit in the breadboard using jumpers.

Here is the pinout of the temperature sensor

Connect + pin of buzzer to D12 of Arduino.

Connect - pin of buzzer to GND of Arduino.

Upload the code with the help of Mini USB TO USB A Cable. Plug it in to the Arduino Nano, connect it to your computer and click the upload button on the Arduino IDE.

Ensure that this works by puting it near a lighted candle for a while or play in the sun.

Then convert the breadboard circuit into a more permanent circuit by making a PCB or making perfboard or soldering rainbow wires to the Arduino Nano.

Then connect a 9 Volts battery to

Stick the circuit to a small transparent box and attach it to your Favourite cap or hat with Hot glue gun. Ensure to poke a hole on the small box for sensor to sense the temperature AS SHOWN.

Go out for a play in the sun and you will not have a chance of having a HEATSTROKE.

Copy an paste the code in the IDE. Select the Arduino Board - Arduino Nano and the port COMXX 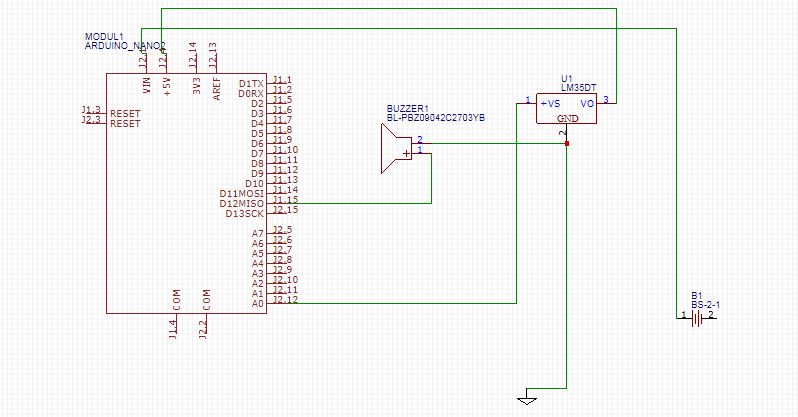 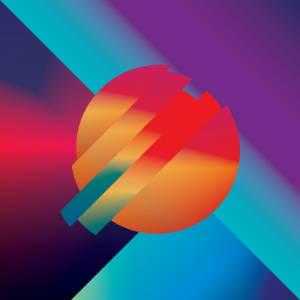