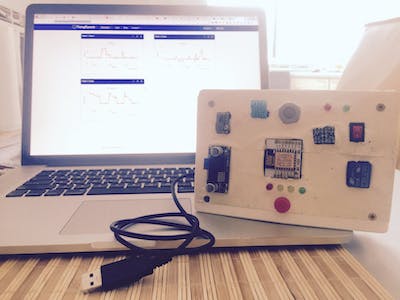 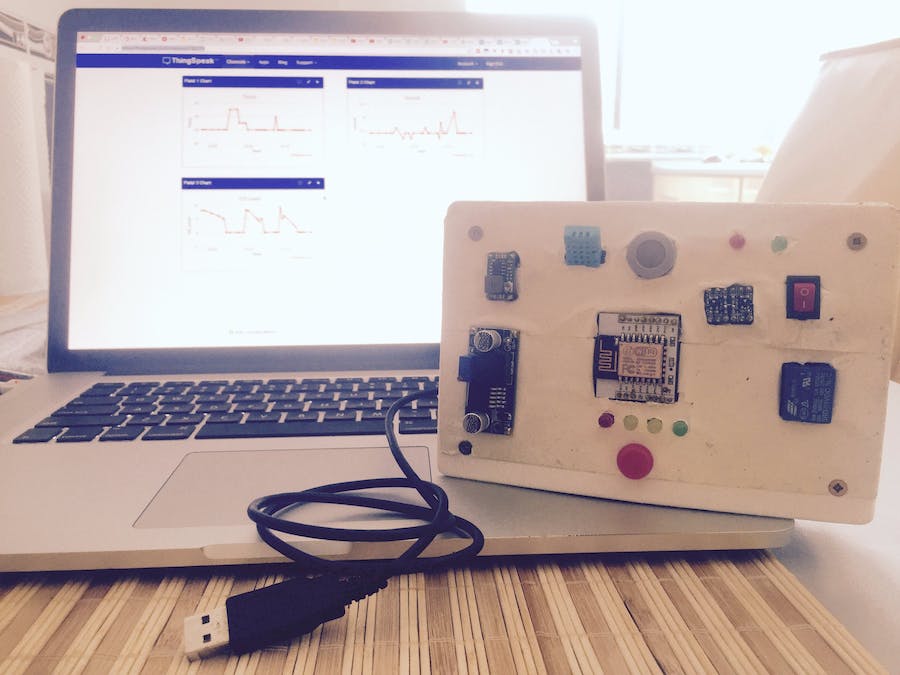 This project started off as a final assessment homework for an university course I've followed this year, but proved out to be a really fun and practical way of learning new and interesting things about wireless communication and microcontrollers in general.

The core of this project is an Arduino Uno developing board which gathers data from two sensors:

The data received from the sensors is then sent to www.thingspeak.com by using an ESP8266 12-E Wireless Module.

The components and their role:

This component is needed to step down the voltage from 5V to 1.4V. The 1.4V are then used to power up the MQ-7 gas sensor for a period of 90s, the so called "reading period". (check MQ-7 datasheet for more info on the operation principle)

Note: The one that I had couldn't go down to 1.4V (although it should have) so I've used 2 more diodes to lower the voltage (check the schematics)

This component is needed to step down the voltage from 5V to 3.3V. You can as well see it as the main 3.3V power supply in the system. The 3.3V are used to power up the ESP8266 12-E Wi-Fi module, as well as the low side of the logic level shifter.

This relay is directly connected on the powering line of the MQ-7 CO gas sensor and has the role of cycling between 1.4V for 90S and 5V for 60s. Why so? Well according to the MQ-7 datasheet you have to heat up the sensor for 90s@5V. Only after the heating cycle you can read the sensor values for the next 60s@1.4V.

Note: See the MQ-7 datasheet for mor info on this

I guess it's pretty obvious what this part is used for and that's connecting to a local Wi-Fi network (preconfigured in the source code) and sending the sensor data to www.thingspeak.com

It seems that one cannot upload a new source code file on the Arduino Uno while having the TX pin connected to another component. If you try to do so you would get a lot of errors in Arduino IDE. While uploading a new sketch the TX pin should be "floating". To do so, I've used a on/off switch to disconnect the TX line from the ESP8266 whenever I want to upload an new code on the board. (check schematics down bellow)

Used for reading the CO level in the air. The value provided is measured in ppm.

Since the hole wiring will be hidden inside a box a the end of this project, with the Arduino Uno stuck with hot glue at the bottom of box, uploading a new sketch on the board it would pose quite a problem when it comes to physically reseting the board without opening the box. To solve this issue we would need an external reset button. That's exactly what this big red button does. It resets the board.

Whenever the CO level read from the MQ-7 gas sensor exceeds a certain value hardcoded in the code, an alarm will be triggered by using the buzzer.

In order to see the value of sensor data, we will need a private channel on thingspeak.com. We will also need Arduino IDE to write/upload the code for Arduino Uno.

You can download latest version of Arduino IDE from arduino.cc.

In order for the sketch to work we will also need the DHT11 library which you can download in the attachment section down bellow. For a step by step tutorial on how to add this library to Arduino IDE check the following link: https://www.arduino.cc/en/Guide/Libraries

To make a private channel on thingspeak.com follow these steps:

That's all folks, now you have your private ThingSpeak channel. Now lets put all electronics component together.

The code for Portable weather station is quite simple. I have commented code properly for ease of portability. Before you burn the code take care of following things.

Now that we have our hardware and software in place, only thing remaining is packaging.

If you find the code pretty difficult to understand take a look on the logic diagram down bellow:

Packaging and enclosing the system

Down bellow you are going to find some useful photos taken while I was preparing the enclosure for the system. Make sure you have the tools required to make a box like the one bellow (elecrtic file, soldering iron, hot glue gun...)

You can check the results of this project by clicking on the following link which should redirect you to the public view of my thingspeak channel: https://thingspeak.com/channels/152176

For more info on changing the baud rate of the Serial Montior console check the following link: https://learn.adafruit.com/adafruit-arduino-lesson-5-the-serial-monitor/other-things-to-do 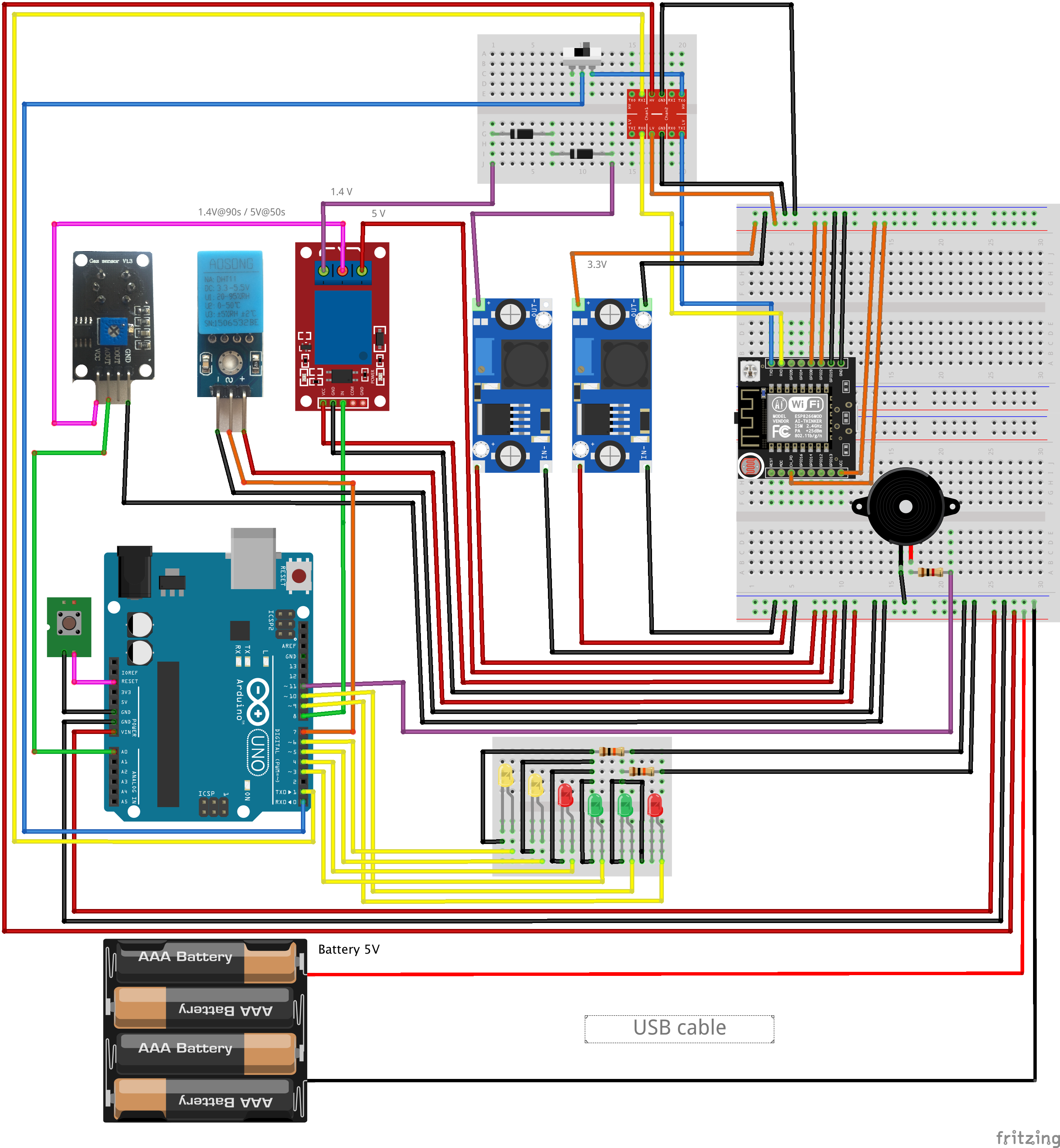 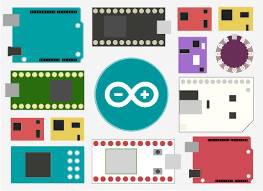