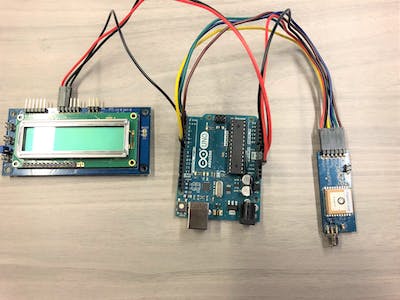 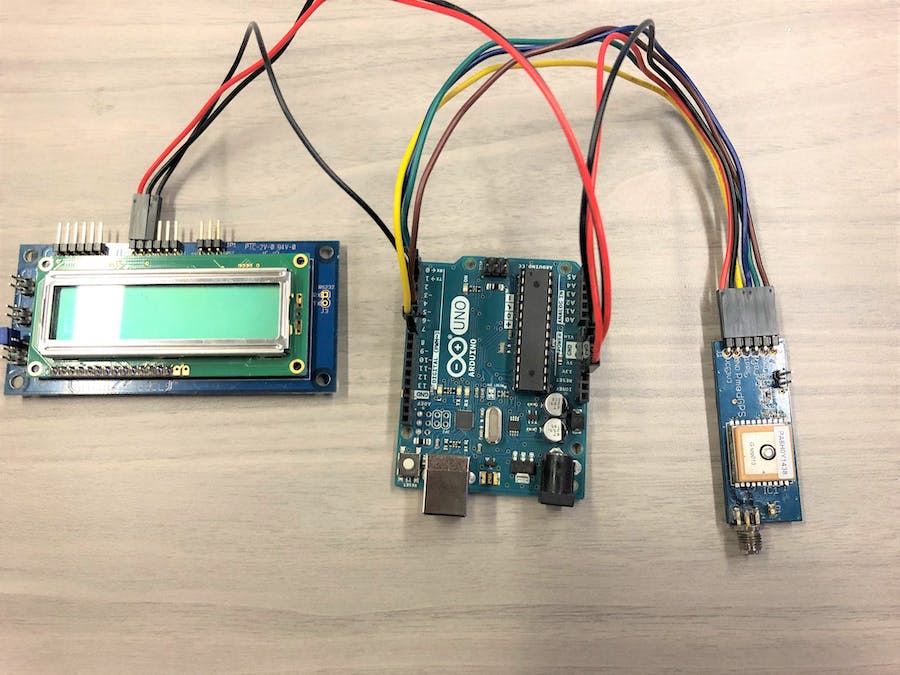 This project is a subsystem of a larger project that I was a part of for my UW Bothell Sensors and Sensor Systems elective class in Autumn 2018. That project can be found HERE. This project will highlight the use of the PmodGPS from Digilent as a position locator and guide to a reference point. This can be helpful for hikers, hunters, or other navigators in situations without signs or other clear location/direction markers.

This project uses and Arduino Uno microcontroller, PmodCLS LCD screen from Digilent, and the PmodGPS also from Digilent. The Arduino Uno was encouraged for us to use for easier programming rather than Verilog or some other HDL. Once operational, this project will display the user's latitude, longitude, altitude, distance to a fixed reference point, angle bearing towards a fixed reference point, speed of the user, as well as other data should the programmer choose to implement as there are many other functions available for the PmodGPS. This system can be powered by a USB connected battery for mobile application. Just program the Arduino Uno, disconnect from your computer, plug in the USB battery, and the Arduino Uno should continue operating as normal. The reference point is set at the time of system reset. This can be manually triggered by pressing the Reset button on the Arduino Uno.

PmodCLS: I used a PmodCLS for my LCD screen simply because it was available, I had example code for using it in the Arduino IDE, and it was simple to implement. The PmodCLS uses a 5V power, ground, and an RX line for receiving data from the Arduino Uno to be displayed. These connections are located on the "top" row of pins in the J2 section. The backside of the PmodCLS indicates which pins are V+, GND, and RX. TX is not needed since the screen will not be sending data back to the Arduino Uno. The RX connects to PIN X on the Arduino.

Below are some sample output displays on the LCD screen. All the components are being held in a fanny pack, as that was part of the bigger project mentioned in the beginning of this project.

This repository has all 4 files needs to run this project.
https://github.com/briah667/PmodGPS_Tracking_to_Reference

Download
This shows all the pin connections for this project. Made with Fritzing software.

In this tutorial, you are going to learn how to make a vehicle tracking system using GPS and Arduino.

Vehicle Tracking System Based on GPS and GSM

Interfacing a VK16E GPS module with an Arduino.