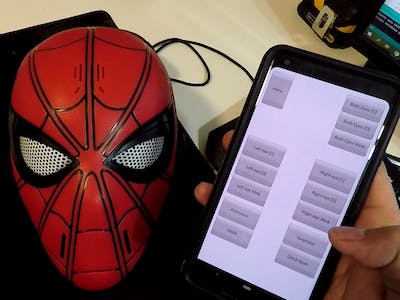 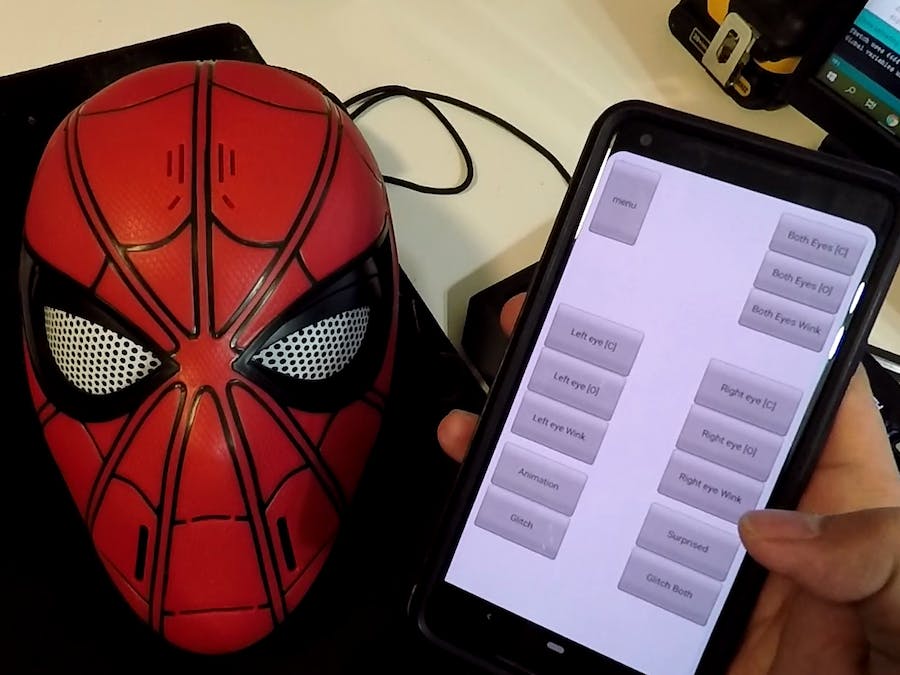 Here is my mask in action:

I don't have any photos before I modified the mask so the following photos will be the modified mask.

We will be removing some parts that we don't need here. The circuit board (circled in green), the speaker (circled in yellow), and the switch (circled in purple).

Use a Dremel tool to cut where the speakers were. We will be mounting our microcontroller circuit board here later and we will be cutting holes here for the servos.

Cut out two holes like in the photo below so that the servos can go through them as shown:

Drill two small holes on each side of the eyes (marked in red) and connect springs (salvaged from pens) to the servo. This allows the servo the control each eye.

Use a hot glue gun or your preferred method to glue the servos in place as shown in the photo above.

Connect everything as shown in the photo above.

In our code, this is labeled as RightPower and LeftPower. Our signal for the servo position is labeled as righteyepin and lefteyepin.

A 1kΩ ohm resistor is connected to the base of the transistor for protection.

The button in the photo represents the button at the side of the mask.

It will be connected like in the photo below:

Modify to your liking and upload the code using the Arduino IDE below.

Using the RoboRemo app (the paid version can give you more than 5 modules), you can connect to your Bluetooth module without configuration. Pair the bluetooth module with your phone (default password is 123456) and it will show up on the list in the app. You can download the RoboRemo file I have setup for myself and you can modify it to your liking. Add different modes to customize your mask. You can import the interface using the RoboRemo app. The file can be found below.

Connect to the Bluetooth module using the app and everything should be working like in the video!

Download
The image only shows the connection for the left servo to make it look cleaner. 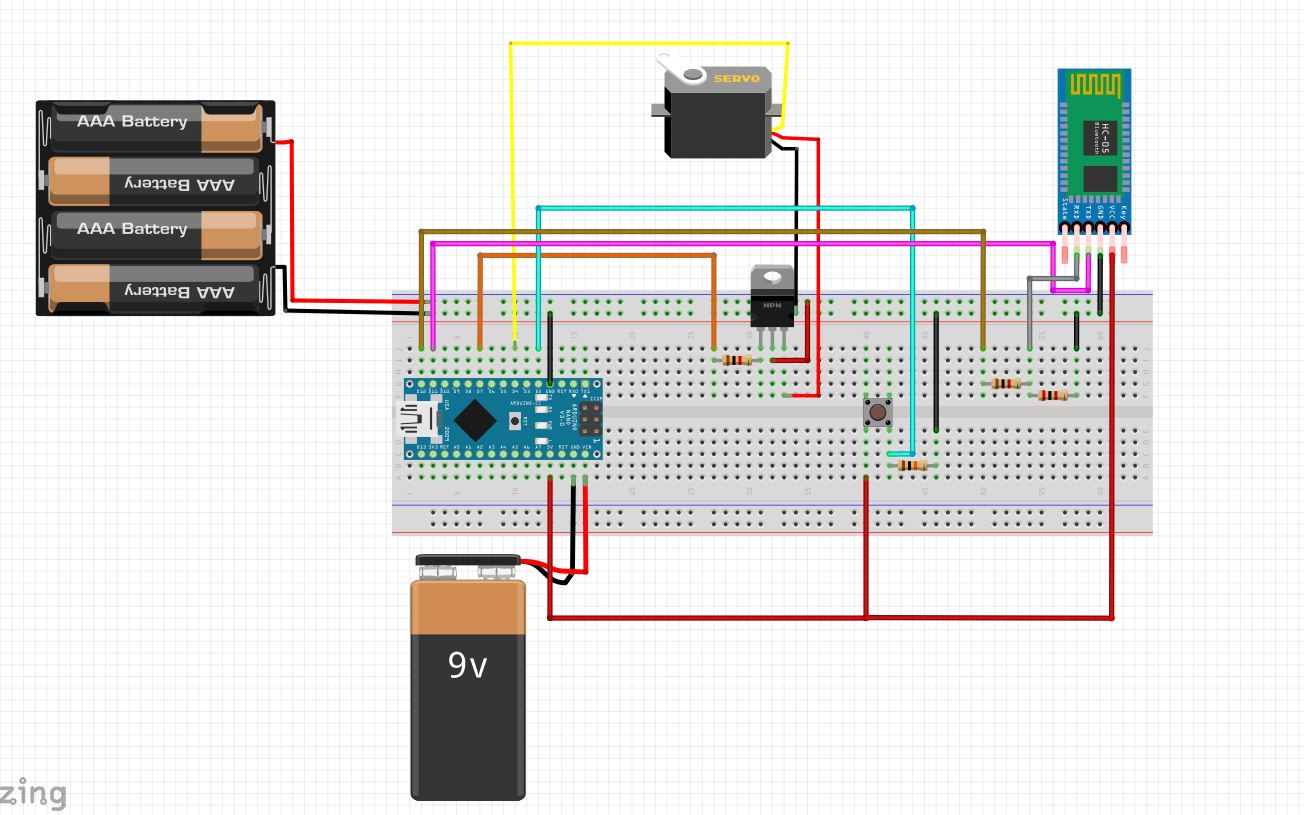 3D-printed Mark LXXXV Iron Man Helmet from Thingiverse. The faceplate can be remotely opened using an IR remote. Powered by an Arduino Nano.

An RC car controlled by an Android app over Bluetooth..