I was struggling with the wiring of a stepper motor and so I hope I can take the fear out of you with this article: I use the same PINs to illustrate two different devices driving the Nema 17 stepper motor using an Adafruit TB6612.

In the beginning, a short test with an LED is worthwhile to find out the correct cable routing of the two coils in the stepper: pick up an LED and insert the two feet into the adapter: move the motor with your hand.

If the LED is lit you have identified the two cable for connection to the MOTORA or MOTORB breakout board.

The same structure works with the given library "Stepper" examples for both the Uno and the Photon (here only the PINs in the original example have to be replaced by 4, 5, 6 and 7).

Adafruit offers a good step-by-step guide to their break-out board.

Now we are ready to face ambitious projects as well. We already have the right breakout board in our hands: this can up to operate four solenoids, spin two DC motors or step one bi-polar or uni-polar stepper with 1.2A per channel.

I found in my component box an alternative Stepper Motor Driver, which I can also recommend: the Stepstick A4988 by Elegoo.

You can read the technical features on the website of the manufacturer.

A nice explanation by video you can find here.

With the knowledge from above, should the adaptation of the wire loop for the A4988 be equally possible? And so it behaves:

... using the example of the photon:

To ensure a drop in performance is still a 47 nF Capacitator when supplying the 12 volts necessary.

Now when I had the structure in front of me, it was now to influence the rotational speed to take: it offers a potentiometer. In the picture you see a blue "U 103" which can be addressed at the side of the notches with GND, signal and 5V. In addition, a black potentiometer, which can be rotated better thanks to its large rotary lever. The wiring is identical and so I have passed the signal to the photon at A2.

The necessary code can be found below.

Control the speed with a software defined potentiometer with Blynk

If you do not have any potentiometers at your disposal, you can also use software-based potentiometers: for this purpose, we integrate the library from Blynk. Blynk offers us several predefined components: I chose a slider and connected it to "virtual 0" in the Blynk app.

The slightly changed code can be found as usual below. Two additional variables were added and instead of reading out A2, the values arriving from the slider are now linked with "virtual 0".

Pay attention to the use of the function abs (), otherwise it will not work as expected.

Has the map function noticed? Here he is explained:

Mapping is a way to translate a value from one range of numbers to another. It can be used to create a direct relationship between an input and an output. For instance, the value provide by a potentiometer could control the stepper-rotation. To accomplish this, there is a very useful function called map(). It looks like this:

Within the product family you will also find an "smart extension board" to use as a shield on the PHPoC Blue/Black (but not for the PHPoC Shield for Arduino). The PES-2405 R2 is piggy-backed onto the PHPoC board with its PINs and the stepper motor is already under the control of PHP. This is possible with a separate library SD_SPC.php via include_once "/lib/sd_spc.php";

I have detailed command usage here and is quite extensive.
Here move and goto are demonstrated.

If you have added the library with the help of the PHPoCD application, then the familiar wiring of the motor is sufficient with the aid of a screwdriver on the green terminal (A +, A-, B +, B- and separate voltage of 12 V in GND and VM).

The PHPoC is powered by 5V from the power bank.

Stepper Example with A4988 and PotentiometerC/C++

Stepper Example with A4988 and software defined Potentiometer with BlynkC/C++ 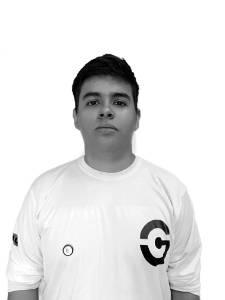 The older members among you can still remember DVD-ROM drives well: let's take another look at the inner values of a past technology.

Check a Stepper Motor From the DVD-ROM

With the help of Firmata, the Arduino or Particle devices control from the PC.

Snap Circuits® makes learning electronics easy and fun! These projects are designed for younger kids who want to get introduced IoT.

Here I want to tell you how to make incremental encoder from stepper motor.