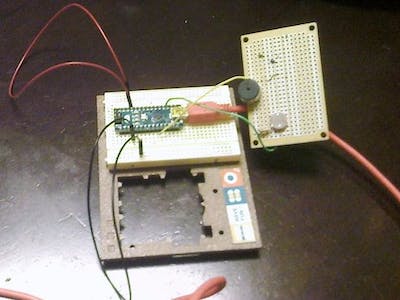 This is a variation of the Light Theremin project from the starter kit and features components soldered onto a PCB. 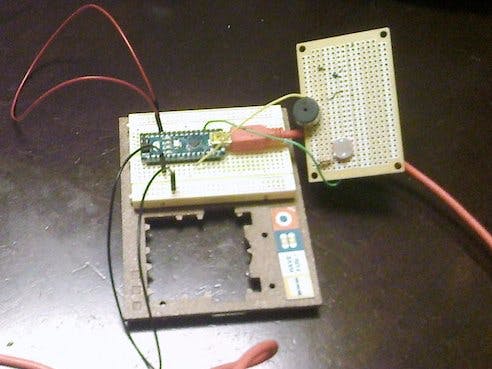 This is a variation of the Light Theremin project from the starter kit and features components soldered onto a PCB.

The nano light theremin is a variation of the light theremin project described in the starter kit. I liked the project so much, I decided to build a more permanent variation. I soldered a piezo buzzer, resistor and photocell onto a PCB and added wires.

The project uses the same code as the light theremin project in the starter kit. Once you have uploaded the code, you might want to wave a hand over the photocell and notice any variations in sound.

The prototype features jumper wires. If you are using a solderless breadboard, you can place the Nano in the middle of the board itself. Add the lead from the resistor to A0 and the power (+) lead from the buzzer to pin 8.

As another variation, you might consider soldering the leads for A0 and pin 8 directly onto the Nano itself, as I have done. If you would rather preserve the Nano for other projects, perhaps using a solderless bread board is the best option.

This code is from the Arduino starter kit. Once you upload it, the buzzer will start making sounds. Wave a hand over the photocell for sound variations.

Download
Hopefully this can help you setting up the board. If you can find the light theremin project in the book accompanying the starter kit, the diagram and instructions there might help as well. The only difference, once again, is the board: a Nano substituting in for the Uno. 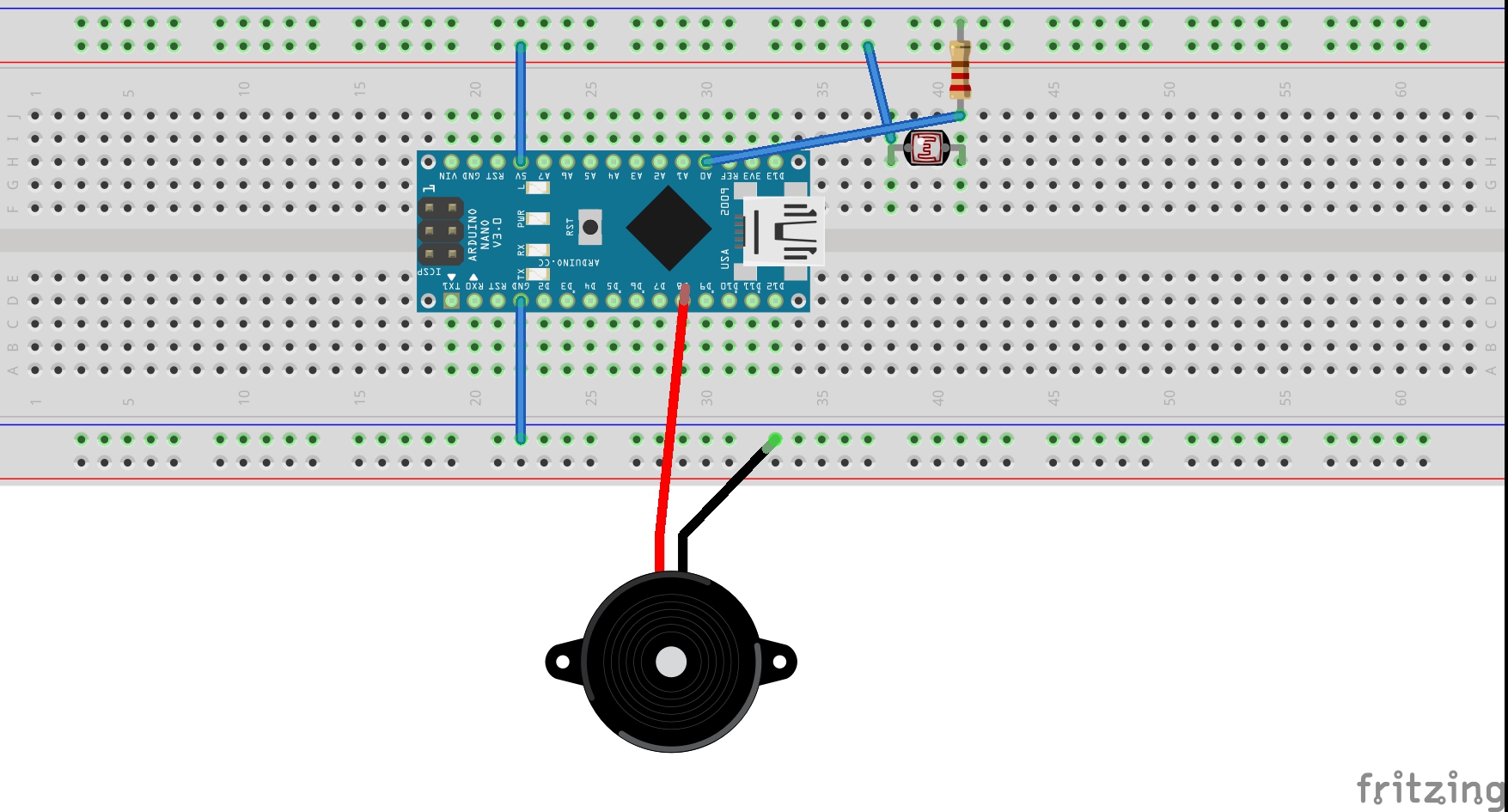 BH1715 is a digital Ambient Light Sensor with an I²C bus interface. The BH1715 is commonly used to obtain the ambient light data.

A cheap version of an Arduboy clone with which you can play a number of original Arduboy games.

In this project, I am going to demonstrate how to make a theremin-like instrument that makes weird spacey sounds.