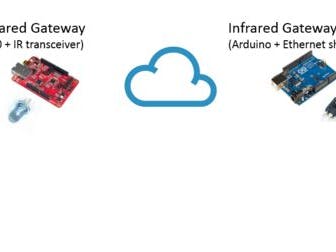 Project in progress by Jehoon song 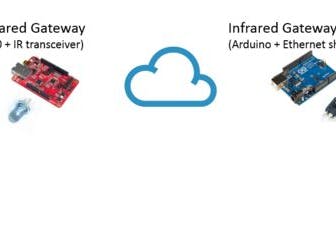 Many things can be controlled remotely. Bluetooth or WiFi is used to these. But I am making is too difficult and expensive. I can more easily access the IR remote module in the surrounding.

So, I decided to use the Infrared remote.

Step 1: Parts for making it

I use the remote controller a feature of the smartphone

You can turn on the TV at everywhere.

1. Press the power button on the remote control.

3. Arduino + ethernet shield is transmitted to the server in a specified format.

6. And it transmits the IR data. Because Bits are stored in reverse order.

Step 3: Can my TV get the same value via direct and indirect path?

I tested that my TV can receive the same values from different paths.

I tested that IRrcvDemo program has received the same.

When I used the IR library in mbed(https://developer.mbed.org/users/shintamainjp/code...

In both cases, IRrcvDemo program received a differnet value.

I fell into chaos.

So, I had checked Binary code.

!!! An array of bits had been opposed.

So, I tried to make bits to inverse in mbed & Transceiver

So, IRrcvDemo program received the right data that I want.

Step 5: When I use the IR Remote controller

How to send specific Packet that I want.

When I Press the power button on my remote controller, Arduino+Ethernet Shield+IR receiver can receive the data like "0x20 0xDF 0x10 0xEF".

Then that packet send to the TCP Server.

Step 6: Finally, When I press the Power, Could my TV be received correctly?

When I press the power,

My RECEIVER(IRrcvDemo program) can receive the same data as a Direct path.

Receiver side Source code included in this article.

And IR transceiver side Source code included in mbed repository. 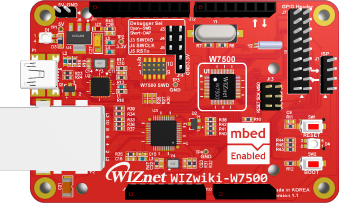 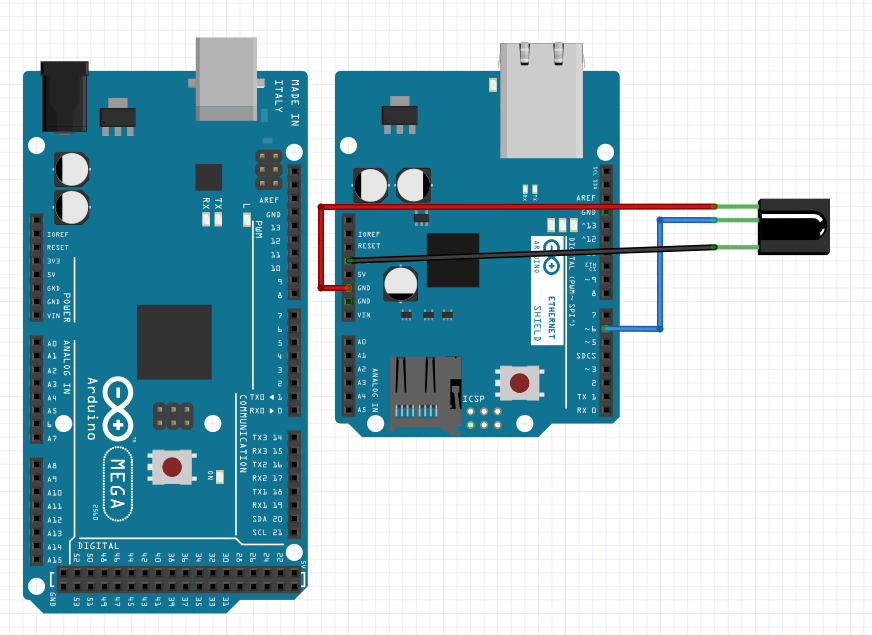