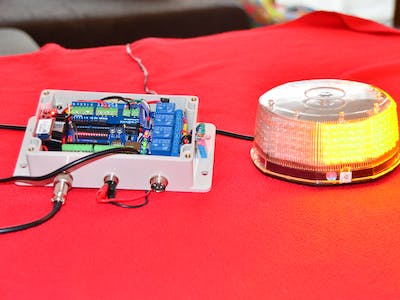 The team foundation build LED will flash when a broken build is detected on the source control server. 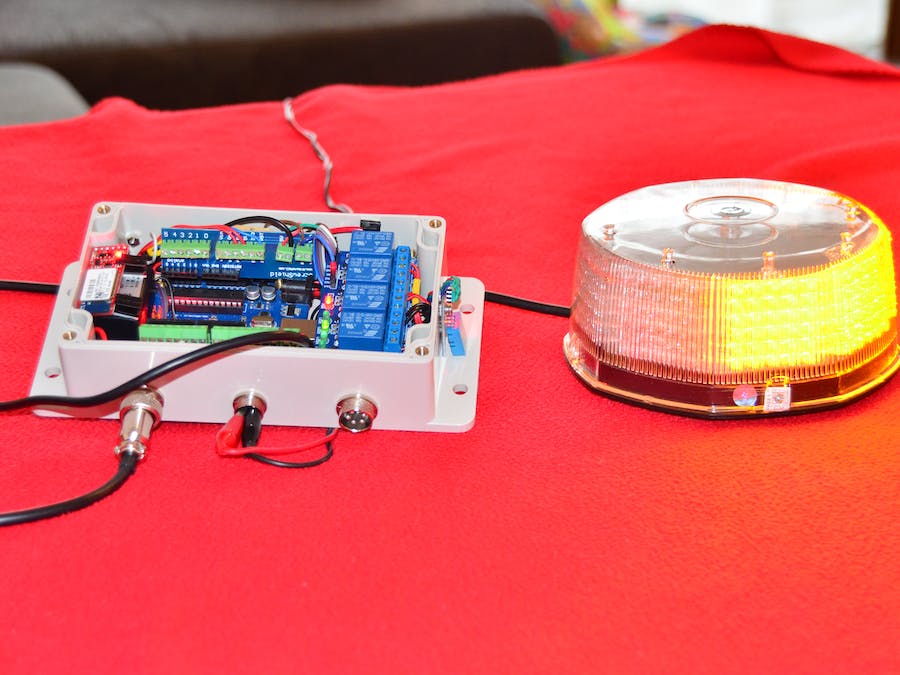 The team foundation build LED will flash when a broken build is detected on the source control server.

Diagnosing and fixing build problems is a regular task in software development. Team Foundation Build provides tools to help debug and resolve software problems such as failed or partially successful builds, exceptions, errors, or warning and unexpected events or results.

In a typical software development team there is more than one developer working on the same software project. The team can use Team Build to automate the compilation, deployment, and testing of its software products. Small and big software teams use the popular software practice ´Continuous integration´.

Continuous integration is the process of generating a build whenever a developer checks code into the source control server. One drawback of this build type is that corrupting source code can pass into version control and subsequently failing to compile the current version.

If we have any broken builds, we need to get the details for the build as soon as possible so that we can inform the developer who may have broken the build. Why is this important? In big software teams every developer is checking in code. So the developer might be the person who broke the build or it may not, since more than one person may have checked in code.

I am a C# software developer and a TFS build master. So I like to write software and also define the build process and branching strategies, coordinate build schedules, creating internal release builds for DEV and QA, creating external release builds for customers. In my spare time I like to experiment with new technology like IoT, opensource hardware like Arduino, Netduino, Genduino.

As an extra the LED build strobe also measure the temperature and humidity in the working area. This data is send to the client computer which is running a winforms application to display the data on the computer.

We are using a 4 channel relays. In the example we only need two channels. One for the power, Second for changing the LED blinking mode. The other two channel are optional. In my example i don´t use the two channels but i have connected it to the 5 pin screw type electrical aviation plug socket.

The software is build up into two parts.

LED Beacon Flashing Emergency Strobe ModesThe LED strobe unit has seven strobe modes. The LED mode can be changed by grounding the white wire to GND. There is no two way communication between the Arduino and the LED. I needed two modes to represent two build status. One for build succeeded. The second one for build failed. I coded a simple algorithm to count the modes and shift between the two different modes. So when a build failed the Arduino shifts 4 times the relays for the new LED blinking mode. When a build is succeeded or a build is in progress the Arduino shifts the relays 4 times again to go back to the original blinking mode.

Example beta softwareThe software i have written works ok, but there are some minor bugs. The main purpose of the written software is to check the build status on the server and control the LED strobe unit. The software is written in my spare time any developer who has written a better example please inform me i´m glad to analyse and publish it.

The BlueSMiRF Silver is the Bluetooth wireless serial cable replacement from SparkFun Electronics! The data from the client computer to the arduino is send with this bluetooth module.

Setup up the bluetooth module please go the the following link: using-the-bluesmirf

The DHT11 is a basic, ultra low-cost digital temperature and humidity sensor. It uses a capacitive humidity sensor and a thermistor to measure the surrounding air, and spits out a digital signal on the data pin (no analog input pins needed). The data is read by the Arduino and send to the client computer. 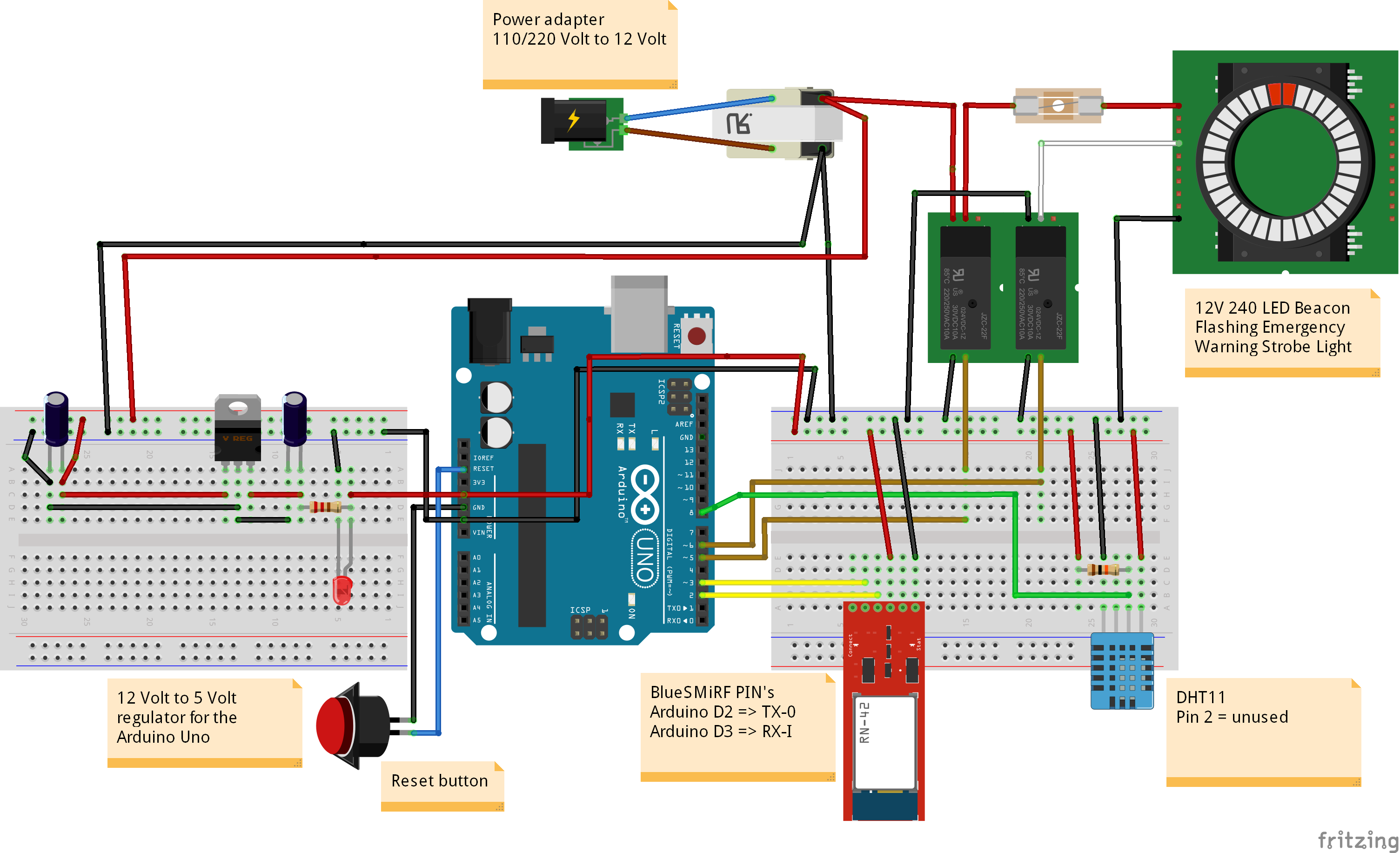 Take photos on a Windows Phone and display them on a matrix of 48x48 RGB LEDs, using the Windows Remote Arduino library.