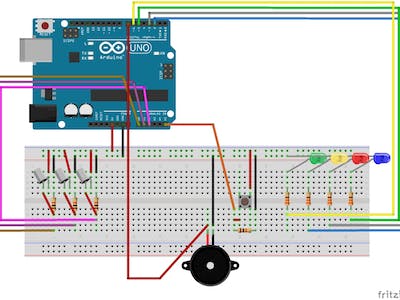 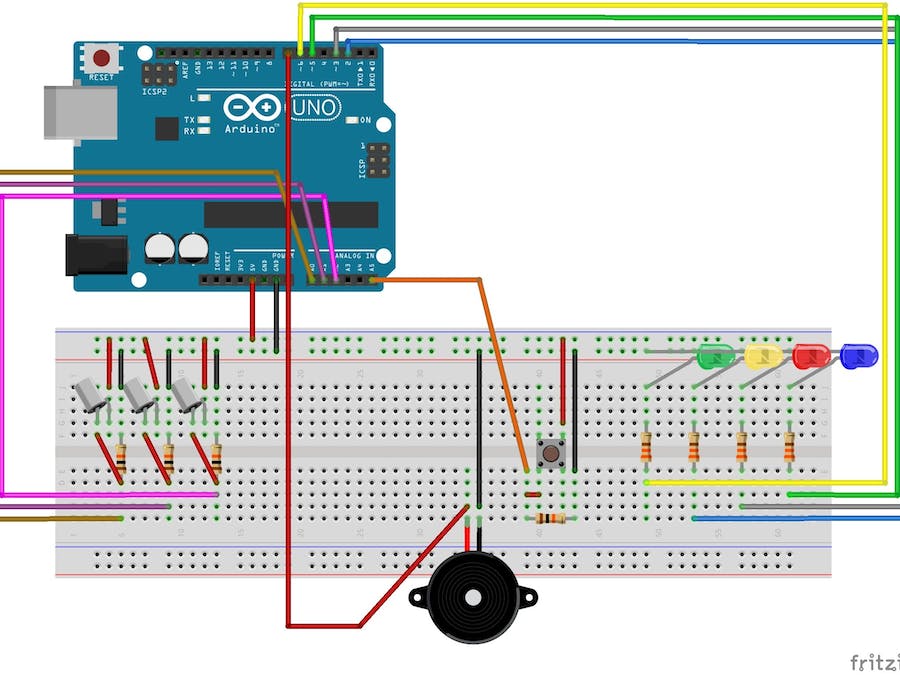 I am always paranoid that the sump pump in my basement will fail resulting in a flood. I also like to tinker and was looking for a practical project to experiment with an Arduino. This project is where my two objectives intersected.

5) Easily connect/disconnect the sensor stack from the Arduino

I considered several options for sensing the water level; ultrasonic distance sensor, floats, liquid sensors of various types, etc. Ultimately I decided to keep it simple and use a set of 3 vertical float sensors as they are inexpensive and should have a longer service life than several of the other types under consideration.

A push button is included to silence the alarm if desired. When the water is at a normal level, the button tests that the piezo is working properly.

Finally, I included a fourth LED in my design. For this version the LED is not used and can be omitted. I intend to use the LED as a network connection indicator in a future iteration of the project.

I wanted a distinctive alarm tone. I know it will be 3:00 am the first time it detects an imminent flood and it's nice to know implicitly that the alarm isn't a fire. To ensure I could separate the sump pump alarm from the smoke detectors, the code implements a Morris code routine. I have mine set up for S.O.S. but you can set the pattern for anything you like. The instructions are in the code comments.

As I knew I wanted to modify and grow this design at some point in the future, I wanted an easy way to disconnect the sensor stack from the Arduino. As I already had a bunch of RJ45 keystone jacks and Ethernet cable laying around, I just used that. As the floats are basically on/off switches there are no special considerations for the connection as RF interference is not a concern.

I soldered all the components to a prototyping board to create a custom hat for the Arduino. Note that I only had 2 colors of LED on hand the day I built it, so my implementation is less colorful than I had intended. The Arduino was then mounted to a piece of hard board and the piezo and Ethernet jack were attached with hot glue. As I had a section of metal electrical conduit on the wall next to the sump pit, I attached a magnet to the back (re-purposed from a dead hard drive) to hold it up in an easily visible position.

The pins on the Arduino were choose specifically to allow the addition of an Ethernet shield at a later date. Network connectivity would allow digital notifications to be sent (email, text messages, etc)

The lowest sensor could be utilized to count the number of times the pump cycles and the volume of water pumped could be calculated.

This was a fun introduction to Arduino programming and I hope someone else out there finds a bit of inspiration from my project. 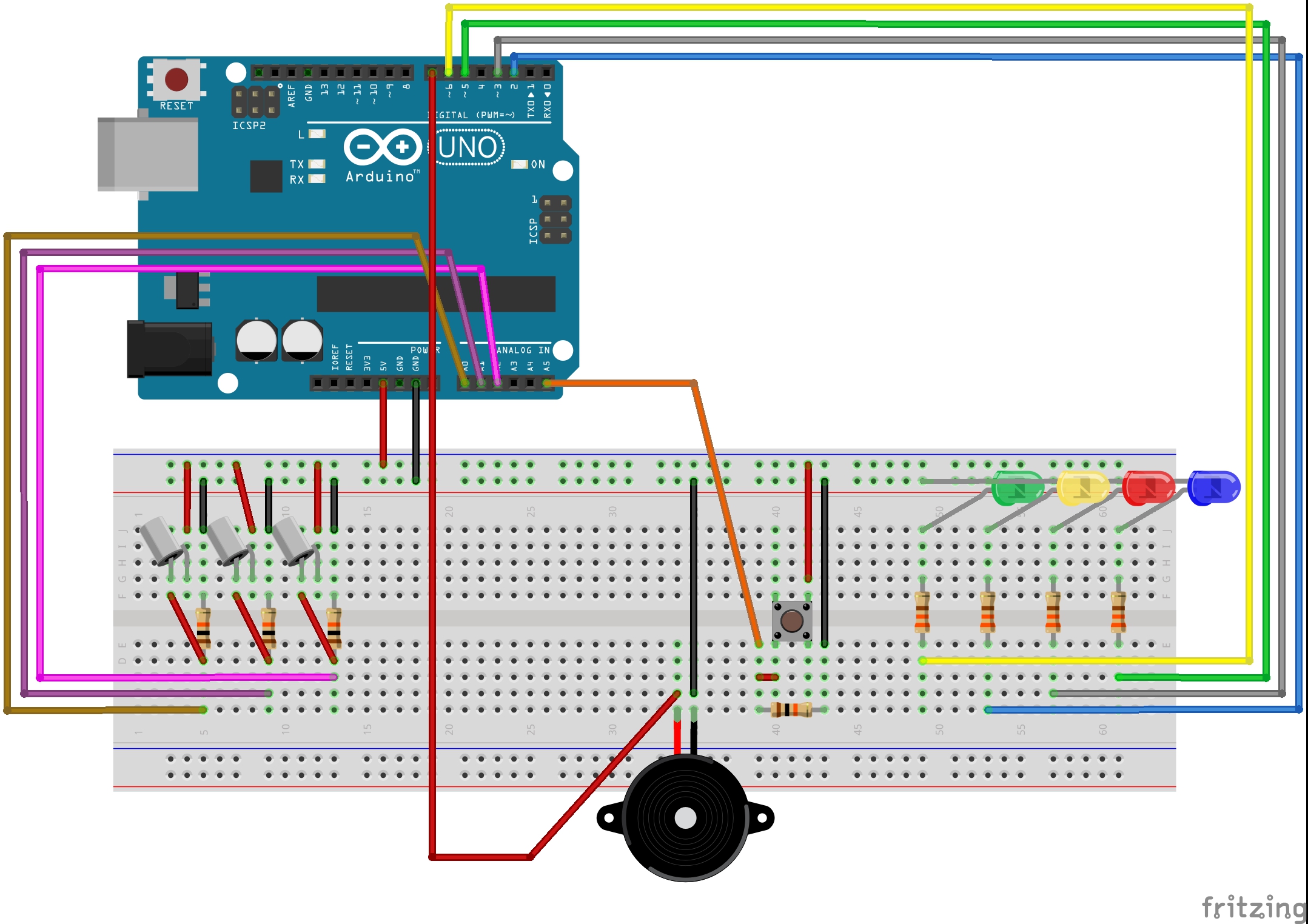 If you're tired of walking down to the basement to empty your dehumidifier, then you'll want to take a look at this...

This Arduino Pump Tutorial shows an example of how to use a float switch, Powertail, and pump to create a sump pump system.

My project is an a voice assistant for space/home monitoring while you are away or not nearby.