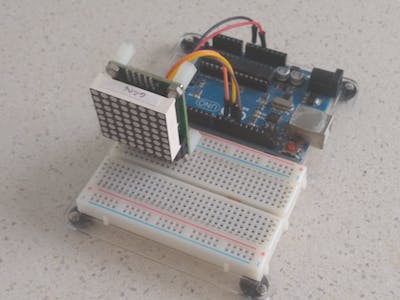 Learn the techniques that reduce memory usage allowing your programs to run smaller Arduino based systems. 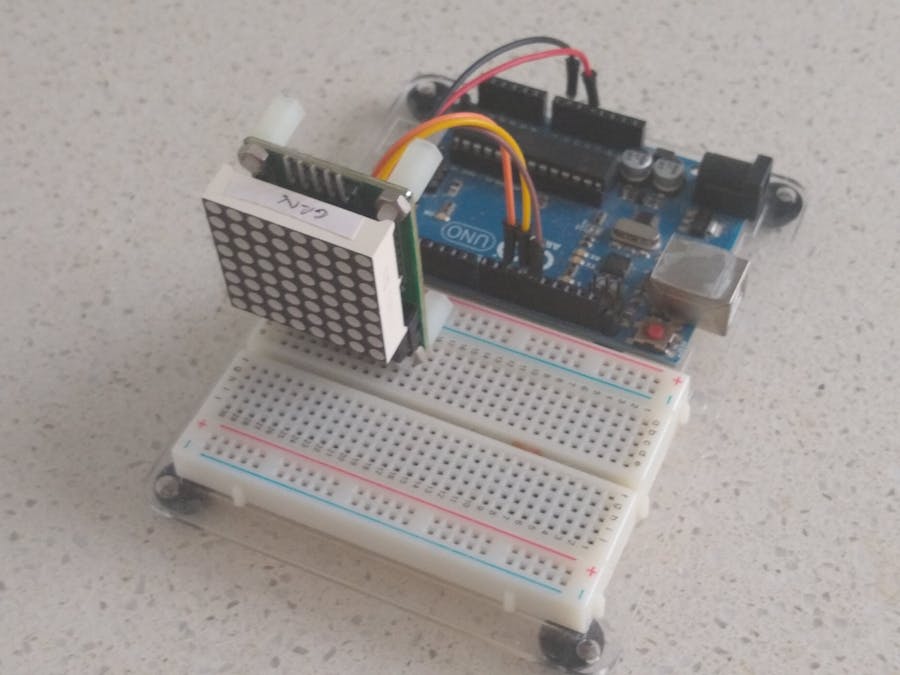 Learn the techniques that reduce memory usage allowing your programs to run smaller Arduino based systems.

There maybe times that you are resigned to using a more expensive Arduino not because the you need the IO pins, but you need the extra memory for your program. I will use the Knights Tour puzzle to show how this can be moved from a Arduino Mega 2560 to a Arduino UNO or Arduino Pro Mini system.

The original code base for this puzzle can be found at https://www.hackster.io/krishnalalith/knight-s-tour-3f1ae4. This article is not a critique on coding style rather it is to show techniques that you can use to reduce your memory footprint.

1. Make sure variables only use the minimum size they require:

In the MEGA version, the array that holds the moves is defined as:

In the UNO version the array can now defined as:

Looking at the other variables, we can reduce the following to 8 bit numbers:

only the arrays need to be signed, the others are unsigned

While this won't seem to reduce RAM in this case because they are local variables (the compiler only shows global RAM usage), they are stored in a structure called the Stack. The stack is part of RAM and grows from end of memory down to the start of memory. It holds temporary variables, stores registers and the return address for functions. If the stack gets too large, it will start to overwrite your global variables and your program will ultimately crash.

2. Use compiler constants rather than constant variables

In general, all constants should be compiler constants and not defined as variables.

will use 4 bytes where as

Don't assume that the optimization done during compile time will automatically do this for you.

Update: The problem with compiler constants is they don't specify a data type. For example:

Here the constant "one" has no data type. To overcome this you can include a data-type as follows:

In the MEGA version, the x_move[], y_move[] and sol[][] arrays are defined in the function start_knight_tour. The x_move[] and y_move[] arrays never change. The problem with defining arrays as local variables is that you must pass the array (address of array in this case) as a parameter on any function that is going to access that array. This adds extra overhead to the stack. Because the stack is still part of RAM, you actually use an extra 2 bytes every time you pass it as a parameter. In this case you can save stack space by defining them as global variables.

Normally any data you define is stored in RAM. If the data you are storing never changes, you can store it in flash memory by adding the PROGMEM attribute,

This is slower but the arrays are now stored in flash memory saving precious RAM.

Note: You can also write the above code line as:

The & character in C means "The address of". In this case the address of x_move[k] which is the same as adding k to the start of the x_move array.

Recursion is the ability of a function to call itself. There are some programming solutions that are easier to understand using recursion rather than standard iteration methods. The classic example is calculating a factorial:

In general recursion on micro-controllers is not recommended as RAM size is so limited. The example I have given is very simplistic. In practice a lot more overhead is used to invoke a function. Not only are parameters placed on the stack but so to are local variables. It is not uncommon for a function to use hundreds of bytes of stack space.

In the Knight's Tour example, it will try every square on the board. This means it will go to 64 levels deep. Now let's look at how much memory is required on the knight_tour function.

Total stack space required for parameters and local variables is 20 * 64 or 1280 bytes.

Total stack space required for parameters and local variables is 4 * 64 or 256 bytes.

Compiler optimization helps to speed up your program. It will look at the code and may decide that rather than transfer a variable in and out of memory to one of its registers, it will use a spare register to store it. This is common with the index of a for loop. However, while it is faster, it uses more memory. Not only is there memory allocated for the variable, but now the register it is using needs to be saved on the stack in case the function being called overwrites it. Adding the attribute to turn off optimization on the knight_tour function saved 10 bytes of stack every time the function is invoked (64 x 10 = 640 bytes saved!)

No compiler optimization system will ever compete with the programmer who understands how the code actually works. Take for example this code snippet:

Under normal circumstances, using a global variable instead of a local variable is generally frowned upon. However in this case it saves 128 bytes of stack for a cost of 1 byte.

Another code specific optimization was to combine the x and y variables into a single xy variable. Since both x and y must have a value between 0 and 7, it is easy to obtain the x and y value from xy using the following formula

There is no doubt that this is slower but it means only one parameter needs to passed to the recursive knight_tour function.

Because the function is recursive, using less local variables is paramount. In the MEGA version it has three local variables. In the UNO version only one is required. The other two are recalculated after returning from the knight_tour function.

Under normal circumstances you wouldn't write code like this. However in this case it was a necessity required to reduce the amount of data stored on the stack.

Without looking at the assembly language generated by the compiler, my code still uses 24 bytes of stack on each recursive call of the knight_tour function. This equates to 24 * 64 = 1536 bytes of stack usage. This only leaves 512 bytes for global variables etc. I can't account for all of the extra 20 bytes that the compiler requires to setup the stack frame when calling the function. If anyone has any thoughts on the matter, please share them.

Here is the implementation of the pretty simple game - Memory. The goal is to pick a sequence using just a brute force and your memory:)

An Arduino UNO Flash and RAM update with the ATmega2560 as DIL 28 variant.

This makes a memory game using a memory array numbers.