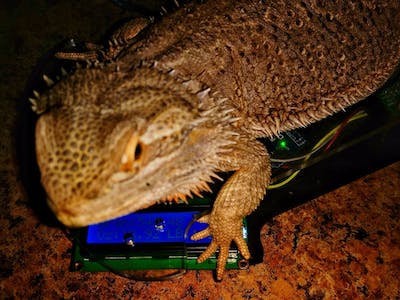 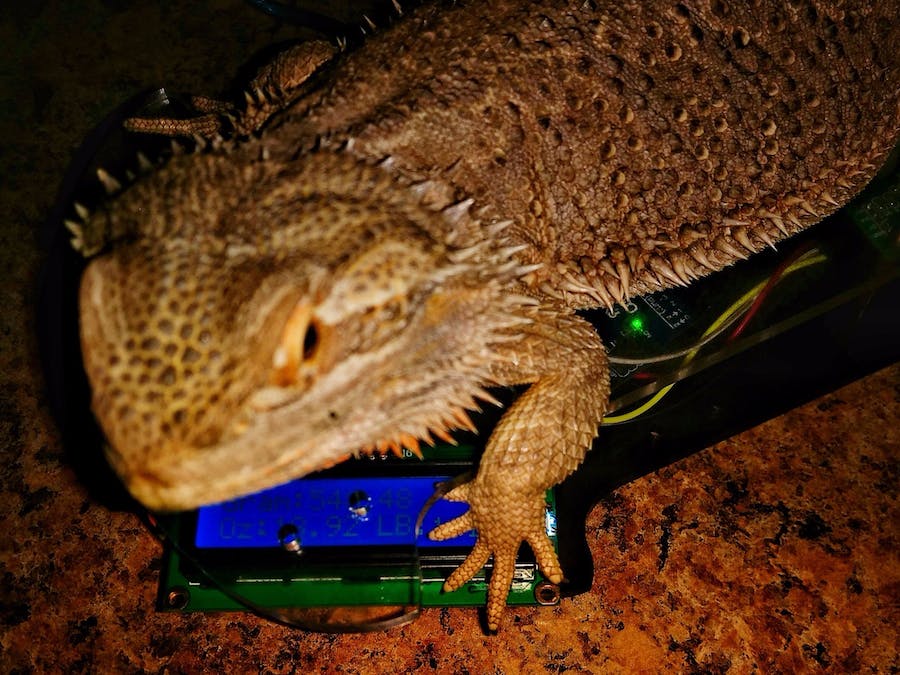 Need to weigh anything? A Bearded Dragon perhaps?

So... the latest member of our family, a bearded dragon named DaVinci had a stomach bug which was really messing with his appetite, etc. We needed a scale with a resolution in the grams/oz. range but with a big enough base to hold him in his entirety so we could make sure he was on the rebound to health with his diet. Gotta eat those BUGS BUDDY BOY! Arduino and HX711 Load Cell weight scale to the rescue. Read on to build one for your reptile family members, or for whatever you need to weigh.

Any reference to merchants and particular parts is just that, reference. Caveat Emptor.

This is where YOU need to get creative based on what you have on hand for building the scale frame. Whether it's like mine or if you just want to use some Popsicle sticks and 2X4's... it's your call.

Regardless of how you assemble it, just pay close attention to connection locations and jumper cable lengths you'll be using.

Power Up and TEST your connections once, or twice, before you put it all together.

IMPORTANT NOTE: Make sure all solder joints are completely and solidly soldered on the HX711. It is very sensitive to external EMF. One of my connections was off just a little and the numbers went haywire! I would wave my hand 3 foot above the rig and it would stop dead in it's tracks. Crazy!

DO NOT CONNECT B+ B-

This final step of steps may seem a little chaotic, so jump around at your own pace.

Using cheap 433 MHZ RF module to establish communication between my PC and Laptop, but displays information encrypted on text LCD.

Sending Data from PC to Another Using Arduino UNO

A simple candy dispenser to enjoy upon your request, as well as to practice Arduino and building skills!