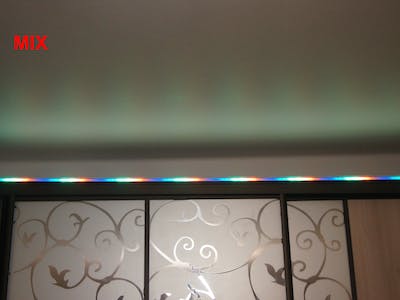 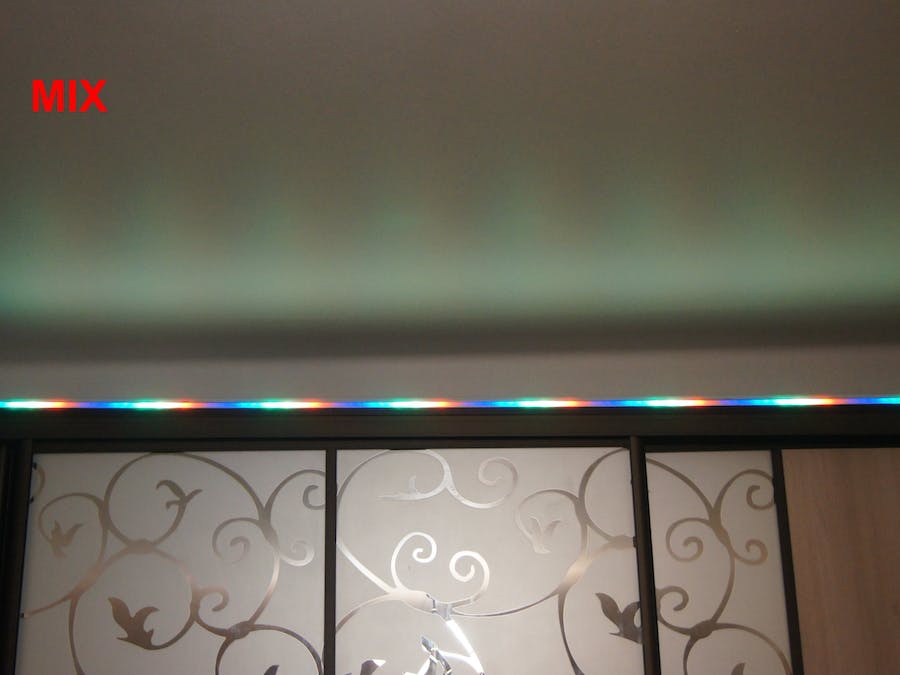 A new year is coming. Everyone wants to greet it cheerfully and brightly. These musical lights I made will help me. Maybe my musical lights will help you to decorate when ushering in the new year and make it brighter.

General view of the musical lights:

During the time while the LED ribbon and Arduino were being delivered, I had written the sound/light program 'Musical Light' for the personal computer and the WS2812 tape control sketch or the similar for Arduino.

The tape can be managed either directly by the Arduino connected to the COM port or via the radio bridge by nRF24L01. In the first case, the sketch COMTOLEF.ino is used, and in the second sketch COMtoRF and RFtoLED.

When you directly connect to a USB PC without using an additional power source, remember the limited load capacity of the USB port. If your ribbon has a large number of diodes, you just need to set the number of LEDs in the sketch to less than 20. Like this:

There is no need to cut the ribbon. If it is required, install a resistor from 33 to 470 Ω between terminals D2 and Din as recommended by the manufacturer. The minimum connection scheme for Arduino nano and LED ribbon is shown on the Easy Connection tab of the program.

The program supports color and dynamic modes of operation, connects to any audio device of PC. Digital processing of the audio stream is performed by the PC. Color music programs are formed by Arduino boards based on data on the spectral composition of the current fragment of the phonogram received from the PC. In the program you can choose one of seven color music programs or one more than 100 dynamic ones. Seventy-two dynamic subroutines implemented in the attached sketches. The remaining programs are available for developers.

I use iTunes to play audio. My audio receiver YAMAHA has airplay support. At the same time iTunes can output audio simultaneously to the audio receiver and PC. On a PC, I use a virtual audio cable to connect to my program as shown below.

The audio stream coming to the PC goes to the device by default to the input of the "virtual audio cable", and its output serves as a source of sound in the program of color music. You can also use a mixer, a PC line input and even a PC or laptop microphone to receive the audio stream in my program.

The program can be minimized to the tray, install with startup and minimize to the tray after launch.

Attention! Before compiling up the sketch, install the necessary libraries and correct in the sketch the line:

The number of LEDs corresponding to your tape, for example:

Video of the dynamical program: 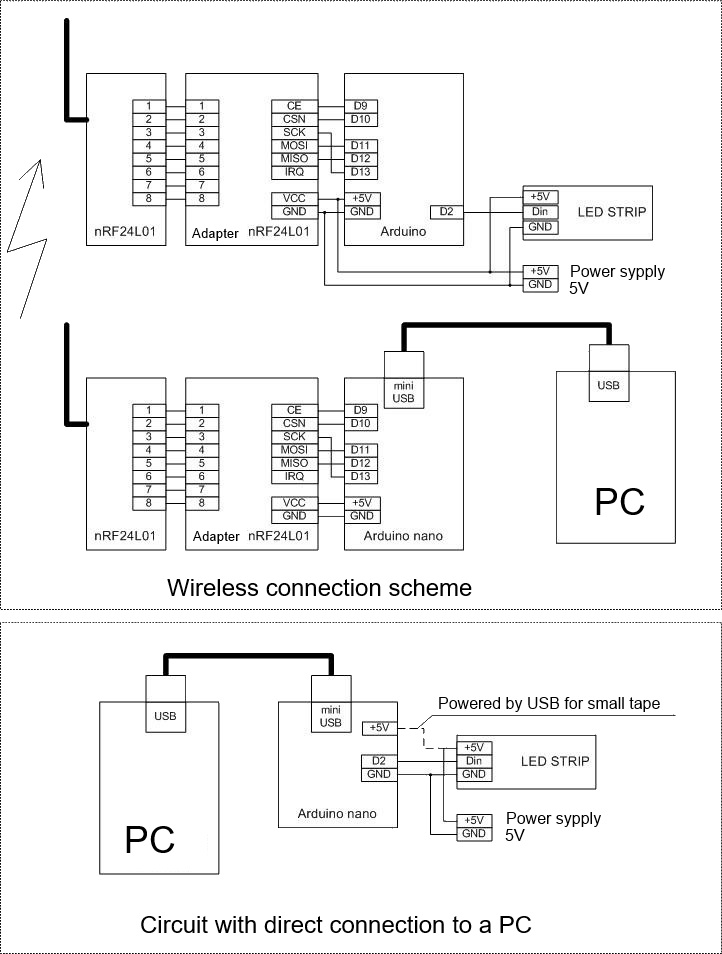 Here We are going to make a light cube which will change color accordingly with surrounding sounds. This work is featured in Hackspace mag

I found limited documentation on the usage of a color sensor I recently purchased, so here is my attempt to make it more simple.