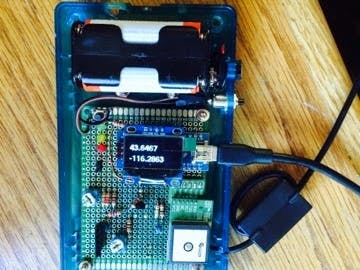 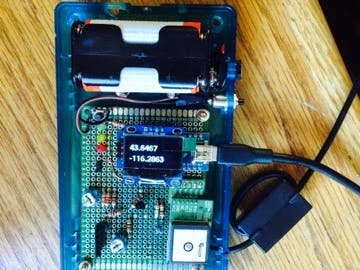 We go camping a fair amount where I live.  But, you get about 5 miles off the freeway and there is zero cell phone service.

However, we do have some 2m Ham Radio repeaters on the largest peaks around.  That means for most of the state, you can actually get a Radio signal out if you needed help.  But, it's also difficult to tell someone exactly where you are.

The tracker I built allows me to plug into the radio for 15 minutes and send a bunch of location packets out.  These will be picked up and rebroadcast by the Aprs repeater.  Then, I can call into the audio repeater and ask for help.

Additionally, it lets my wife see where we are when she's still at home.

The project is fairly simple from a hardware perspective.  Essentially it's wire a display, a GPS, an Arduino, and a micromodem together and broadcast from your handheld 2m radio.

The schematic isn't that hard and the wiring isn't terribly hard either.  But, it does require a fair knowledge of RF theory to troubleshoot any issues you have.  (This is why I marked it as advanced).

You'll need a good solid 2m frequency antenna.  I had poor luck with 1/4 wave verticals.  Rubber duck antennas on a handheld were almost useless.  A Yagi and a J-pole both worked well.

If you're way out in the wilderness, you'll need the Yagi in order to get a solid signal into an Aprs repeater.  You'll also need to know basically where the repeater is in order to send the packets to the right place.

The micromodem code is very solid.  However, it is also a bit difficult to get exactly the right signal out of your radio.  It will require a bit of tuning the circuit and antenna in order to get the APRS packets to transfer and decode properly.

I had to use a huge ferrite choke on the line to the radio in order for the PTT circuit to actually work.  There was some reflected RF that caused the transistor to stay engaged.

Additionally, the RF bandwidth from my rubber duck antenna on the radio was just narrow enough that almost none of the packets were decoded correctly.  Switching to a good Yagi or J-pole made the decode rate go way up.

You may need to use an oscilloscope on the micromodem output to make sure the voltage range of the signal is right for your radio.  You'll have to look up your radio specifications to know what that voltage range is and how the PTT circuit is supposed to work.  My radio is a Baofeng UV-Bx and so most of the Baofeng radios should work pretty well with the circuit with only very minor tweaks.

Absolutely it works.  The max range I've gotten to the repeater is about 30 miles.

This has the code that I used. You may need to adapt it a bit based on your choice of parts.
https://github.com/jweers1/Aprs-Tracker

Schematic for the device on GitHub.
https://github.com/jweers1/Aprs-Tracker/blob/master/Schematic/APRS-Tracker_schem.png 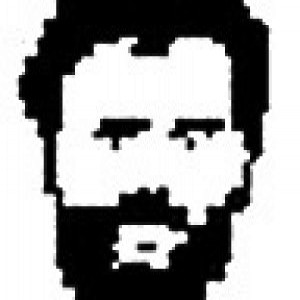 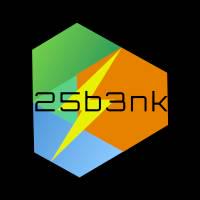 Keep up-to-date on the passing of your favourite satellites overhead with this 3D-printed, Arduino-controlled satellite tracker!

Have you ever wanted to find your lost car in the snap of a finger? Well then look no further, the Carduino can solve this problem!