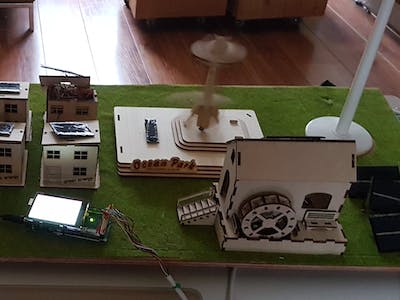 Project in progress by keesp 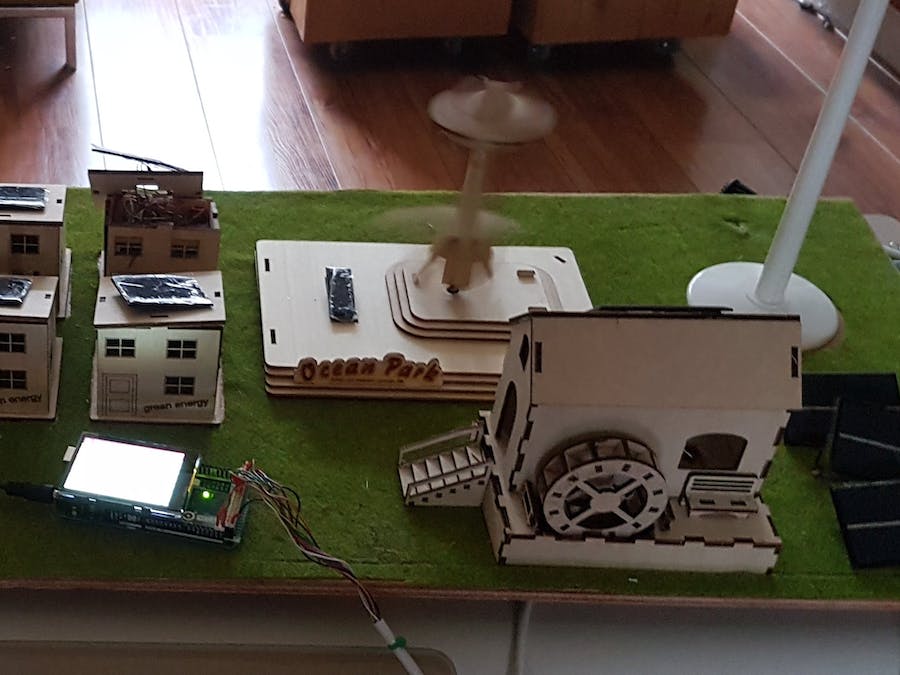 At the Dirksen University of Applied Science we are busy developing a new curriculum around the Energy Transition. We thought it would be a good idea to develop a mock up or demo that can be used to demonstrate some of the concepts that students can run in to when dealing with this issue. The mockup is based on a real use case, namely a holiday park that wants to become totally energy neutral. This use case brings with it the problem of scale, and of peak and through situations in the energy supply, which includes energy losses in cables and so on.

The demo consists of a number of cool scale models from Sol Expert, in total of 9 houses that show the various areas in the park, a 'theme park', a 'reception desk' which is built in an old Water Mill, and a modern wind mill. These have been modified as to be attached to an Arduino Mega, which also connects to a 2.8" touch screen LCD, which hosts a number of simple 'games'. The project was aimed to be extendible, so that others can improve the demo over time.

The work is not difficult, but it is quite a lot of the same. Every house is equipped with an LED, a rechargeable 1.5V battery, and a 1.5V solar panel. The windmill, the water mill and the theme park consist of a solar panel and a 6V motor. All these have been decoupled from their standard connectors, and are wired to the in- and outputs of the Arduino Mega. As it consists of quite a lot of in- and outputs, two multiplexers breakout boards from Sparkfun have been included to condense the amount of pins that need to be reserved. Principally this means that the project can also run on an Arduino Uno.

For every house we need to rewire six wires to a connector:

It is possible to connect the cathode of the LED, and the minus of the solar panel to the minus of the battery, which saves a few wires that have to be connected to the multiplexer, but we have chosen to connect everything at the end to obtain maximum flexibility.

All the motors (three) can be directly connected to the Arduino, but it is advised to add a transistor, in order to prevent too high currents on the shield. The wiring is also similar to the many example projects on running a motor through the Arduino.

It stands to reason that we need a LOT of wires. This is the bottom of the board on which the demo is placed:

The two multiplexes, one of inputs (solar panels) and the other one for outputs (LEDs and motors) are fairly self describing. On one side, we connect the wires for the LEDS, motors and solar panels. We could add a third multiplexer for the rechargeable batteries, but this possibility is not implemented here.

The side with the least pins are connected by a cable to the Arduino. Apart from the wires for the power supply, and an 'enable', which can be connected to the GND, we need four digital outputs (S0-S3) to select which analogue channel (C0-C15) will be selected for reading from, or writing to. The SIG is connected to an analogue input of the Arduino, which conveniently enough can also operate as a digital output. I am using a cable with twelve wires to connect the two multiplexers to the Arduino. More detailed information can be found on the SparkFun Website. My Arduino Mega looks like this:

The twelve wires connect to Vcc and GND, and pins 30-37 of the Arduino Mega. In a next post I will be delving deeper into the programming of the demo. 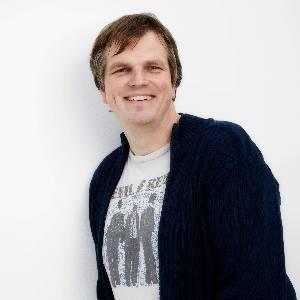 I want to make a CD spot welder for battery packs or other stuff that cannot be soldered.

Project in progress by Westpol