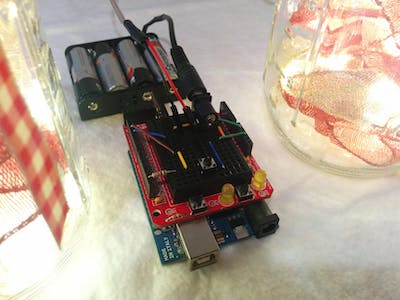 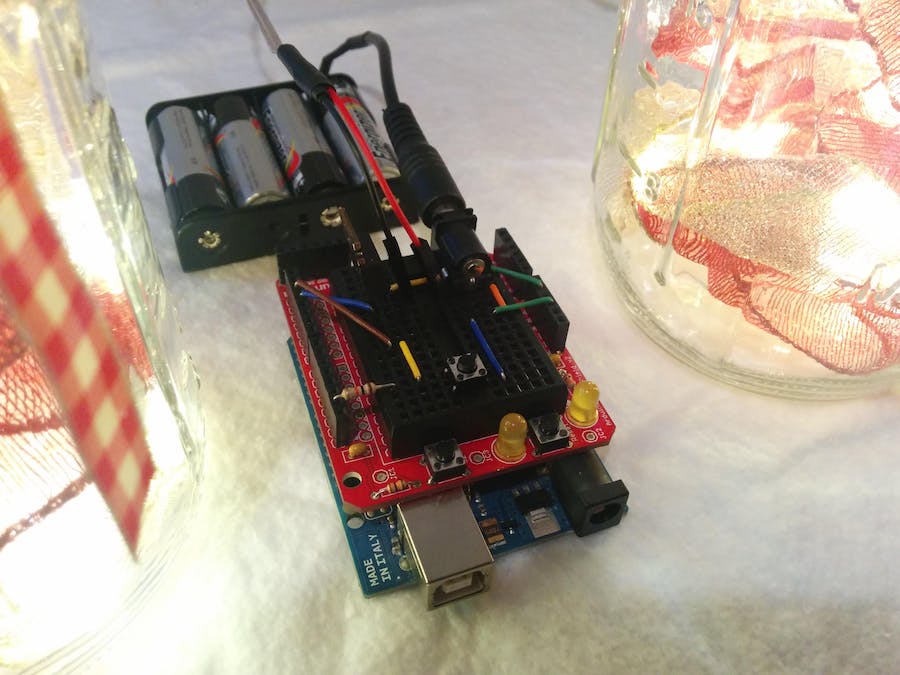 Looking for a fun addition to your Christmas decor this year? Try making these easy mason jar lights that can be controlled with the push of a button.

What you will need:

The Arduino's digital I/O pins are not powerful enough to power the LED string, so I used a MOSFET, as shown below, to power the string.

I wanted five light modes for this project (off, low, medium, high, and flicker) and I wanted to change modes by pressing a button. I used the analogWrite() function to control the LED brightness and pinMode() and digitalRead() to detect button presses.

For the flicker I use high and medium intensity light with a small delay (40 ms) between each intensity.

I ran into an issue when running my original code because the code ran so fast that it would read several button presses each time I hit the button. Even though I pressed the button quickly, I was still too slow and the code read the button value several times before the button was released.

I added a half second delay at the end of the loop, which helped, but caused another problem. Now, if I pressed the button during the delay, the button press wouldn't work. I had to press the button multiple times, or hold the button until the delay was over.

To fix the problem I got rid of the delay and added an AND Boolean operator to increment the count only when the previous button state was 0 AND the current button state was 1. Check out the fully working source code below. 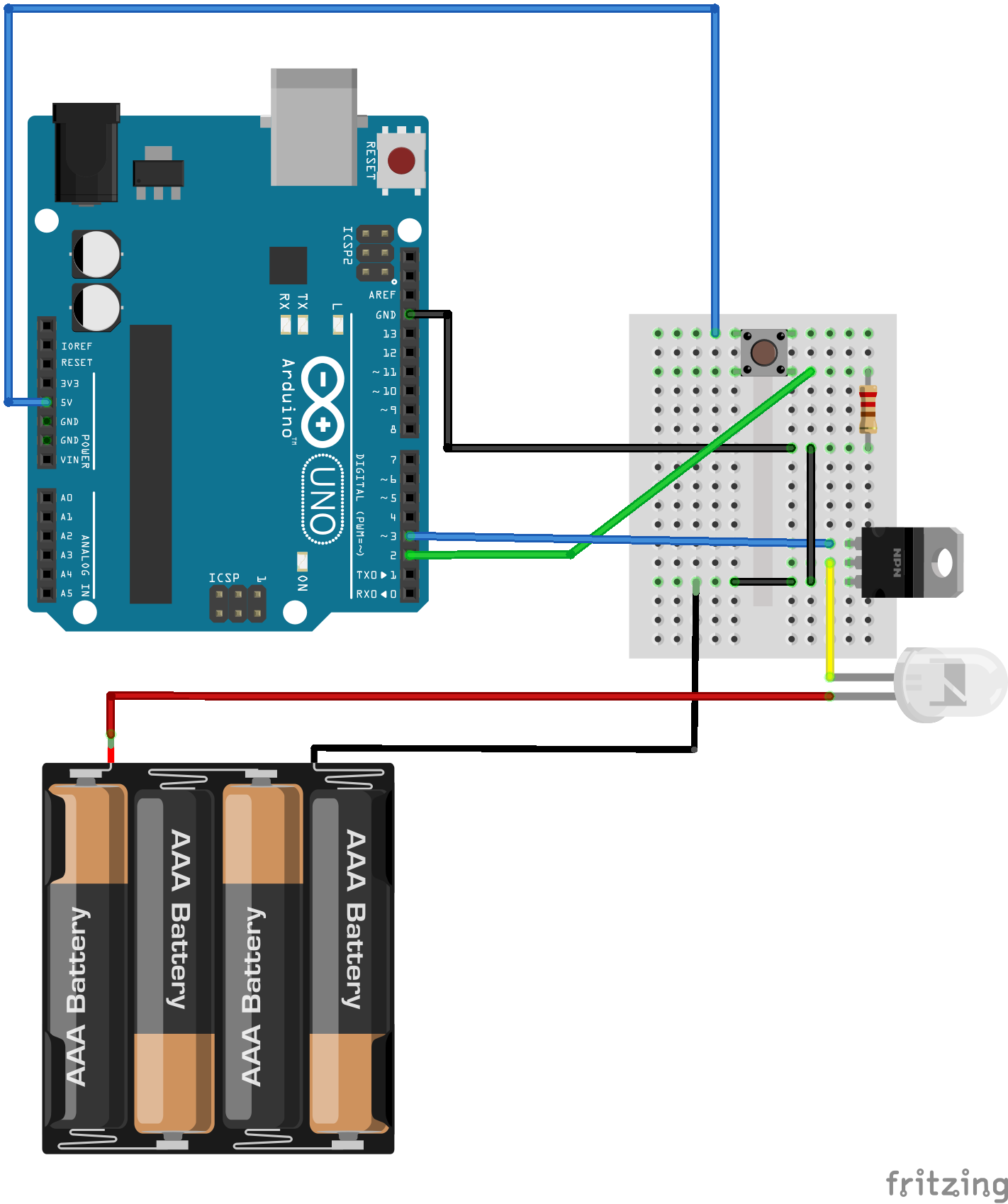 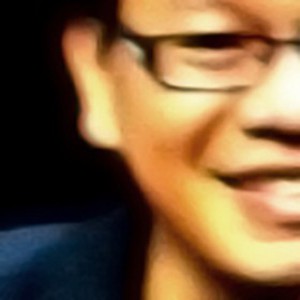 Using Arduino, LED's, and Paper we can make easy and cool Christmas lights that can take the shape of anything.

Make something nice and personal for the holidays with the help of individually addressable RGB LEDs.