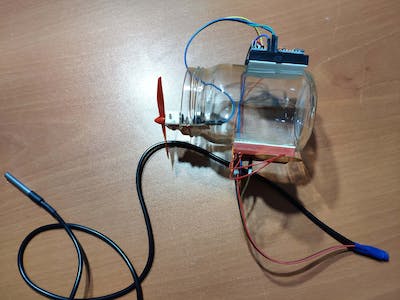 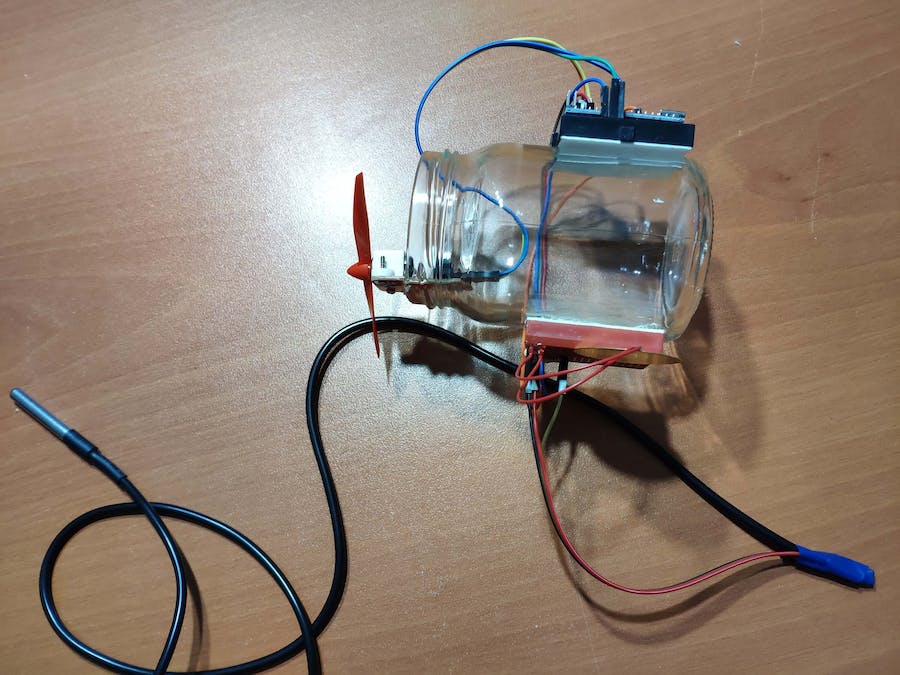 While measuring temperature produced by project structures I had built, I might need to act instantly to make it cooler to avoid any harm to the components attached to the structure. And therefore, I conceived a movable cooling fan design which can detect temperature in a long distance, running the fan if the measured temperature is above the predefined threshold. Also, I wanted to halt the process if an emergency occurs while monitoring the surrounding temperature in Celsius and Fahrenheit. To manage this project, I used an L9110 Fan Motor and a DS18B20 Waterproof Temperature Sensor, attached to Arduino Nano. For turning the fan on and off intentionally, I added a piezo disk sensor. After I finished the circuit, I decided to put all parts on a dilapidated jar and am now very happy for the outcome.

To support my projects, you can visit my website here.

First of all, find an old jar and get resistors - 4.75 K and 1 K - for the piezo disk sensor and the DS18B20 Waterproof Temperature Sensor along with other components as depicted below.

Now, you need to attach three jumper wires to the DS18B20 legs - 5V, Signal, GND - to be able to connect it to mini breadboards by using a soldering iron.

How to Use DS18B20 Waterproof Temperature Sensors

All DS18B20 Sensor has three legs and same connection requirements. Just connect the red wire to 5V, the black wire to GND and the yellow or blue wire to a digital pin.

And include these two libraries down below to get temperature in Celsius and Fahrenheit.

Most importantly, add a 4.75 K resistor between the red wire and the signal wire(yellow or blue) to elicit accurate temperature values from DS18B20 sensors.

Arduino Nano connections and pinmapping are well-explained at the source code down below.

As depicted below, attach the analog pin 0 between 1 K resistor and the piezo disk sensor to read it.

Putting Together All Parts

After making connections and uploading the source code to Arduino Nano, sturdier all connections by using a hot glue gun to place all parts on the old jar like this.

1) Monitor temperature values gathered by the DS18B20 Temperature Sensor in Celsius and Fahrenheit along with the piezo disk sensor reading on the serial monitor.

2) In an emergency, turn the fan motor off by pressing the piezo disk sensor. 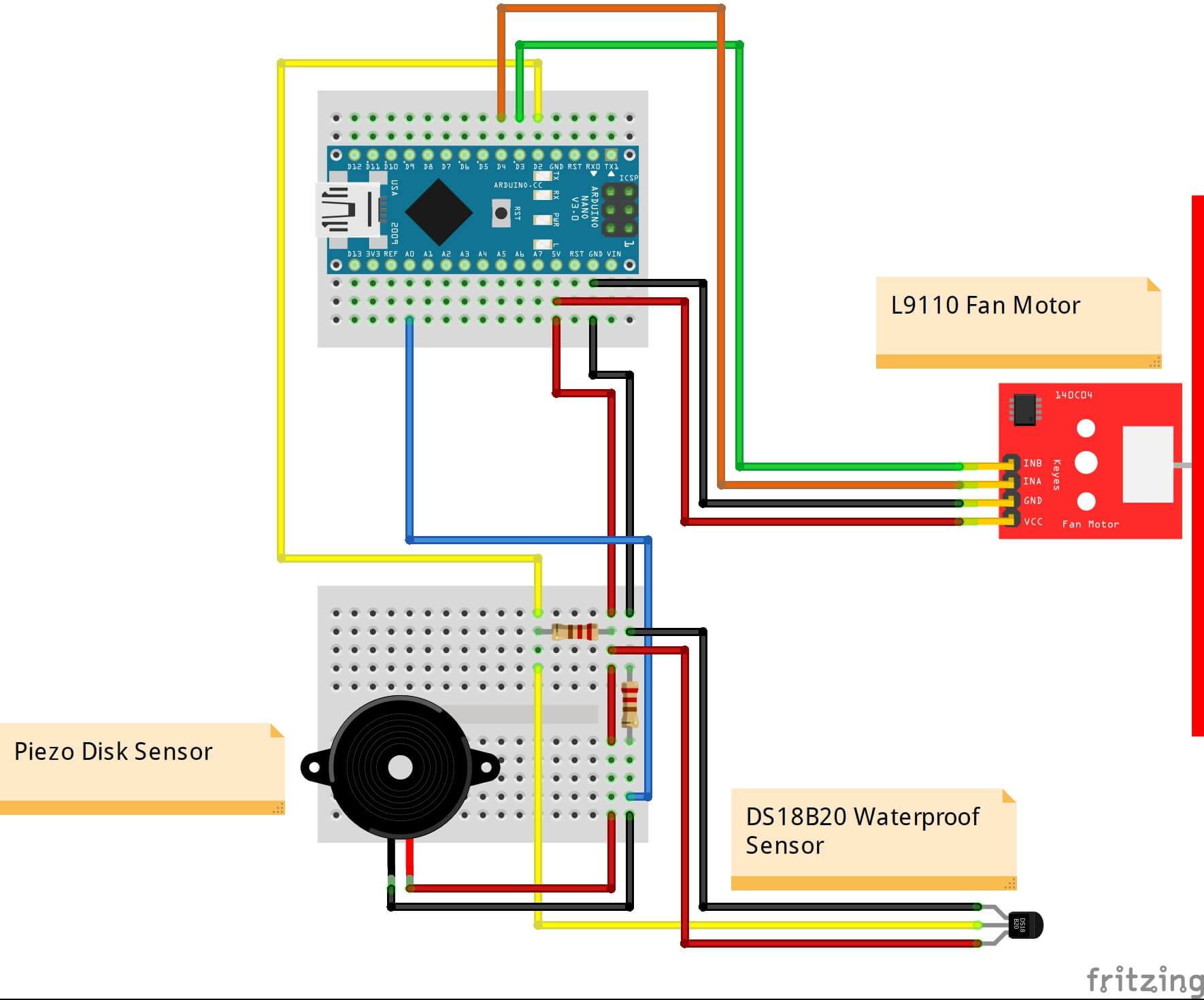 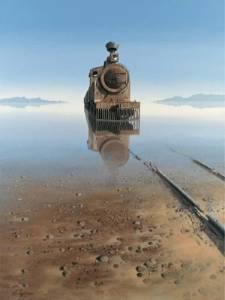 Remote temperature monitor using a Bluetooth module and an NTC thermistor. An Android app made with App Inventor is used to read data.