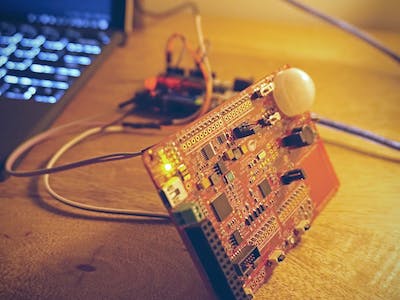 Define the optimum environment for sleep by applying ML to sensor data.

Project in progress by Chris Kuzma 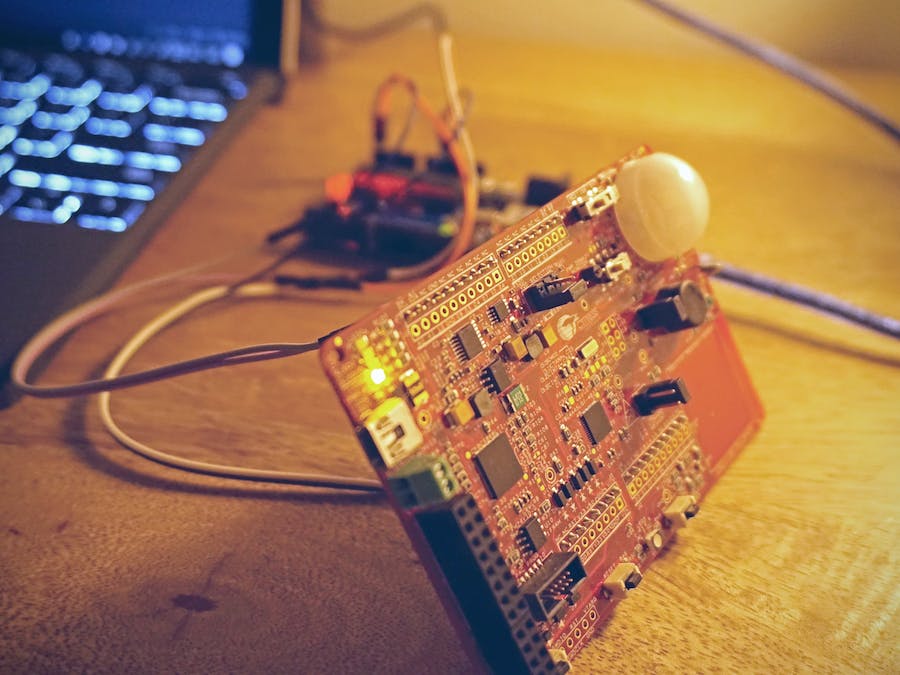 Define the optimum environment for sleep by applying ML to sensor data.

This project revolves around using the Cypress Analog Coprocessor Pioneer Kit as a sensor hub. Using an Arduino Uno as an I2C-to-UART USB serial bridge, a computer records sensor values taken once every second and saves the useful ones to file for annotation and feature extraction. This annotated data is then given to an off-the-shelf SVM classifier to to train a model that will then be used to to determine if the sensor recordings at a given moment fall are ideal.

While pin-compatible with an Arduino Uno, my Uno resets itself incessantly when the Pioneer Kit is plugged directly into it. Instead we have to make the connections via jumper cables.

It also appears as though most of the sensor data is relative and not absolute. That means calibration will be necessary to use the sensor data from the thermistor, ambient light sensor, etc. The sensor values also appear to be base 255-encoded, further throwing off attempts at deciphering which belong to which sensor.

Unfortunately the sensor data being transmitted via I2C from the Cypress board isn't absolute and is thus ill-suited for our purposes. Every power cycle of the board results in a recalibration of the sensor values, rendering the recording sessions impossible to compare directly. The project continued forward regardless, with the goal of instead incorporating a NodeMCU in order to create a sensor hub that can post environment readings to the internet.

However without absolute certainty that the values are correctly assigned to their respective sensors, utilizing a NodeMCU was never fully investigated. Case in point: two I2C values appeared linked to the ambient light sensor, despite those values not being identical.

It also turns out that the SVM implementation chosen would only be capable of assigning an ideal/not-ideal label to a set of measurements correlating to one point in time, and not capable of identifying multiple measurements over a period of time. That would requite more advanced automatic analytics.

The end result is a system that is capable of recording sensor values, which can then be later analyzed such as in the screenshot taken above.

I was only able to reasonably discern the values corresponding to three of the five sensors on the Cypress board. Moving forward I would like to include the remaining two in my environment recordings. Additionally I would prefer to not rely upon a computer and instead incorporate a NodeMCU and cloud-based app to manage the data generated.

A cube with all the necessary sensors, suitable for a wide range of applications like agriculture. Know the land beneath you!

The Environment Cube! Know the Land Beneath You!

Project in progress by Dhairya Parikh