"Lottery Winner" for Arduino creates a sequence of pseudo-random numbers for lottery or other applications.

"Lottery Winner" for Arduino creates a sequence of pseudo-random numbers for lottery or other applications.

One of the first projects I have done by myself for Arduino was a pseudo random number generator.

That is good for beginners because the logic/code is very simple using basic Arduino functions.

But in this case, some numbers in a random sequence can be repeated and this works for a dice game, for example, but not for lotteries.

For this upgraded version I have introduced new features such as shuffling and sorting routines.

It is a complete (non repeating) pseudo-random number generator and very easy to assemble and to configure that can be used in other applications!

Good luck in the lottery and don't forget to send me a donation if you win! ;-)

The main feature of this project is the shuffling routine that simulates the process of taking out the numbered balls from within a box.

A ball is randomly removed from the box and the process is repeated so many times as necessary to complete the sequence of draw numbers.

I like working with 'strings' because there are some interesting functions available to manipulate them (take a look on String Object and String at Arduino's Reference page).

These fuctions simplify coding and speed up the development process.

The most important function for this project is the string.remove, because it simulates the action of removing the ball inside a box.:

The sorting routine is important to organize the set of draw numbers in crescent order.

This routine scans all numbers and selects the minor of them. This number is removed and placed in another list. The scanning process is repeated until there are no more numbers remaining in original list.

The process is similar to shuffling, but this time the number removed is not randomly selected.

The operation is very simple using the keypad of the shield.

During the setup the LCD shows the information about the total (TOT) range and the set of draw numbers (DRAW).

After the SELECT button is pressed, the numbers of the draw will appear sorted on the LCD after a series of repetitions, causing a certain suspense before the result. 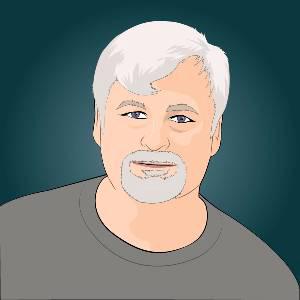 Tamaguino was one of my first Arduino projects and my first game developed to run on a microcontroller.

A fun, little offline game "ported" to an AVR MCU.

A snake game, which is built on 8*8 LED dot matrix display with dedicated push buttons to control the movement.

Text Clock with Arduino that can display the time in two languages: English or Portuguese.