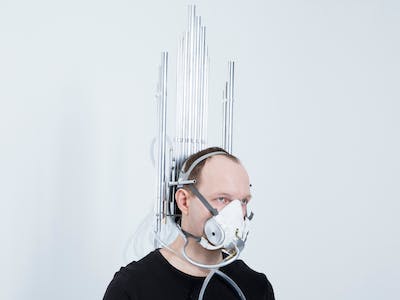 A ritual instrument of dying that can be played with when I no longer have any strength to use any other instrument. Until the last breath. 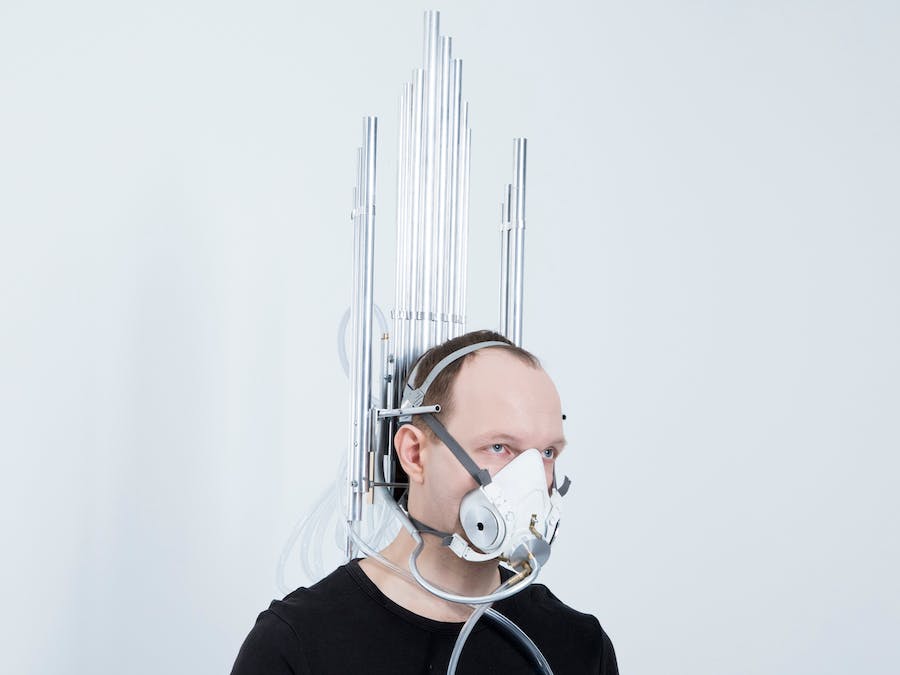 A ritual instrument of dying that can be played with when I no longer have any strength to use any other instrument. Until the last breath.

Recently I have been actively developing the concept of “passive instruments." I understand passive instruments to be different multimedia objects that do not require management so much as co-existence with them based on relations born of a mutual “hybrid” symbiosis. “Last breath” is an example of such an instrument. The operating principle of the object is fairly simple – the exhaled air (its pressure and flow rate) activates the generative process, which depends on the exhalation parameters and is managed by the air movement in the organ. The object does not require any special game technique, although any change in the breathing (either premeditated or caused by physiological factors) is directly dependent on game dynamics and also on all the other parameters used to generate the sonic flow.

The idea of this project came to me during an emotional upheaval and concerns about my health that occurred all of a sudden. It is not as I had real grounds to worry about my life. On the other hand, however, the outcome is well-known and could happen at any moment. I don't feel any existential fear of death. On the contrary the “transition” is a wonderful topic for studies as part of art practice. I consider this object to constitute a deathbed mask – a ritual instrument of dying that can be played with when I no longer have any strength to use any other instrument. Until my last breath. And the final representation of the object was formed on this basis: sterile cyber-gothic, new rituals, the organs that support the functioning of the organ.