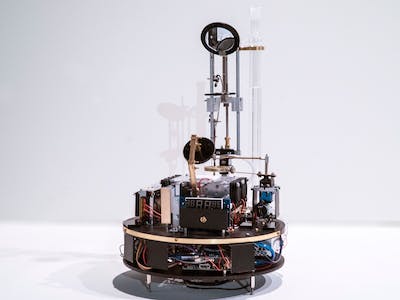 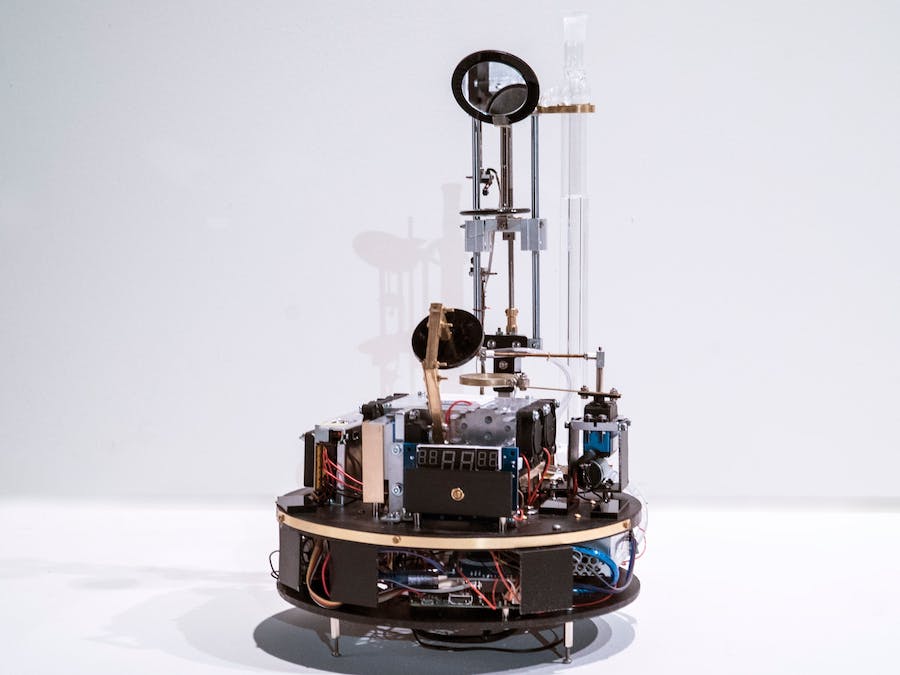 The Melt project is an autonomous robotized projection device. Its central part consists of a transparent glass container filled with water. The water is periodically frozen by means of special electrical elements (the Peltier elements), turning the water into lens made of ice. This lens is further exposed to the light which starts melting this ice. Gradually melting transparent ice is the only thing that generates the image. In fact, the project uses a self-modifying lens which creates optical effects and distortions depending on varying physical states of the water. The artist underlines the fundamental importance of cyclical transition of the substance from one state to another (pendulum) and the transparency of chosen medium - in which the message is created and transmitted without any external narrative involved. Melt is thus the message of light, of electric current, of crystals and lenses, in other words, of media carriers that retain their autonomous origin. 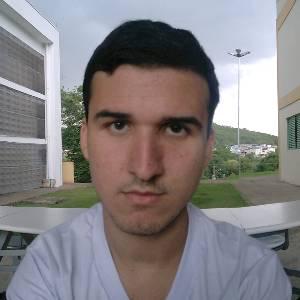 In 1884 Nipkow invented a method to capture and view a moving image. This project uses the same disk to generate a moving digital image.