A spotlight, for stage lighting, with a remote control. The input will be a DMX512.

Project in progress by Manfredi Soldano

A spotlight, for stage lighting, with a remote control. The input will be a DMX512.

The idea behind this project is to have a DIY theatre spotlight that is controlled remotely by WiFi. I've decided to receive a standard DMX as input for let the spotlight to be integrated in legacy systems.

What's the DMX 512 standard and why it's so important?

It was originally intended as a standardized method for controlling light dimmers, which, prior to DMX512, had employed various incompatible proprietary protocols. It soon became the primary method for linking controllers (such as a lighting console) to dimmers and special effects devices such as fog machines and intelligent lights. DMX has also expanded to uses in non-theatrical interior and architectural lighting, at scales ranging from strings of Christmas lights to electronic billboards. DMX can now be used to control almost anything, reflecting its popularity in theaters and venues.

Every device connected has a "IN" and a "THRU" connector that allows to pass the signal in sequence to all connected devices.

In our case I've decided to follow a different approach, based on a Broadcast comunication directly with a Master-Slave approach through wifi.

This will let also to upgrade the project in order to have different DMX channel as input, or to control the light directly thru a web app.

The first step is to create the spotlight. My spotlight will be based on a 100W led:

The first thing that I needed was power:

Then I've set up the heat sink pack:

While testing I've decided to not solder yet the cables since I'll need to insert a power mosfter that I'll use to controll the spotlight light power with PWM.

This is a Work in progress project, I'll update it as soon as I'll move to next step. 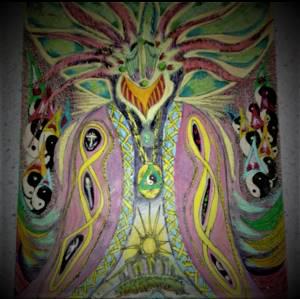 The task was to control a lighting system with an Arduino via DMX.

Control a LED Spotlight set-up with an Arduino via DMX

Project in progress by max_loser

Project in progress by pravin desai

Develop an Android app that control a remote led connected to Arduino.