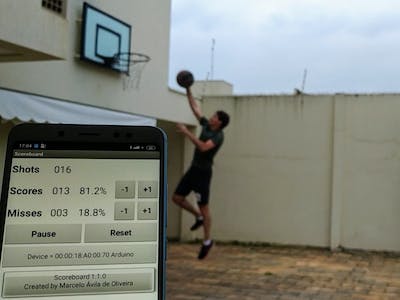 What if an Arduino/Android solution was added to a regular basketball board to track my basketball training workouts? Let's go for it! 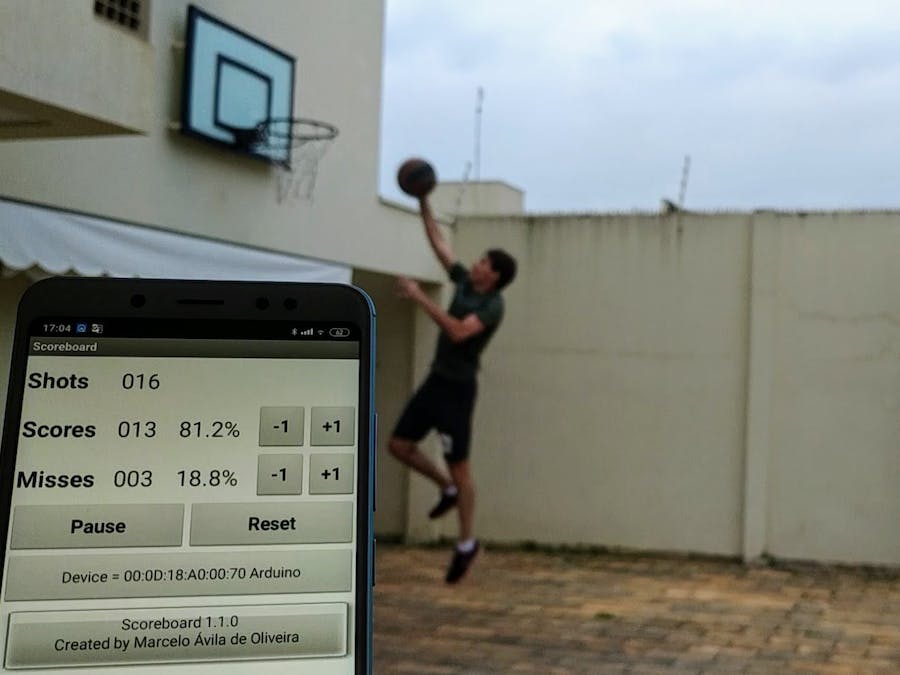 What if an Arduino/Android solution was added to a regular basketball board to track my basketball training workouts? Let's go for it!

I use to do basketball training workouts regularly and I always track the sections statistics (number of shots, scores, misses, etc). Track these numbers is kind of boring and hard to accomplish. The smart balls can be used to this but they have some drawbacks:

At the beginning of the project, I used the hardware components I had available at home and developed the software (Arduino and Android) needed. After some tentatives and tests, the first version proved to work pretty well.

With the success of the first version, I decided to make some changes to use cheaper components and to implement some software improvements too. The second version showed to be even better, so I mounted it in a more robust, durable, and "definitive" enclosure. Note: It isn't "professional", but it's very better than the old model.

You can see the hardware components list for version 2 in the Things section.

Some considerations about other components used in this project:

The Arduino schematics for the two versions are available in the Schematics section.

I used the Arduino IDE to develop the Arduino code, programmed with the following strategy:

The Arduino codes for the two versions are available in the Code section.

I used the MIT App Inventor to develop the Android code, programmed with the following strategy:

The Android codes for the two versions are available in the Code section.

This is the original basketball board that I regularly use to do basketball training workouts.

First I removed the plastic cover under the hoop and made a hole to the proximity sensor.

Then I made a small hole to fix the vibration sensor.

I could not attach the sensor directly to the plastic cover due to its curvature so I built a support to the sensor using MDF.

I fixed the proximity and vibration sensors using some bolts and a nut.

Then I connected the other components.

It's time for a smoke test.

Finally, I installed everything on the basketball board.

Now it's time to test everything.

And the grand finale... it's showtime! 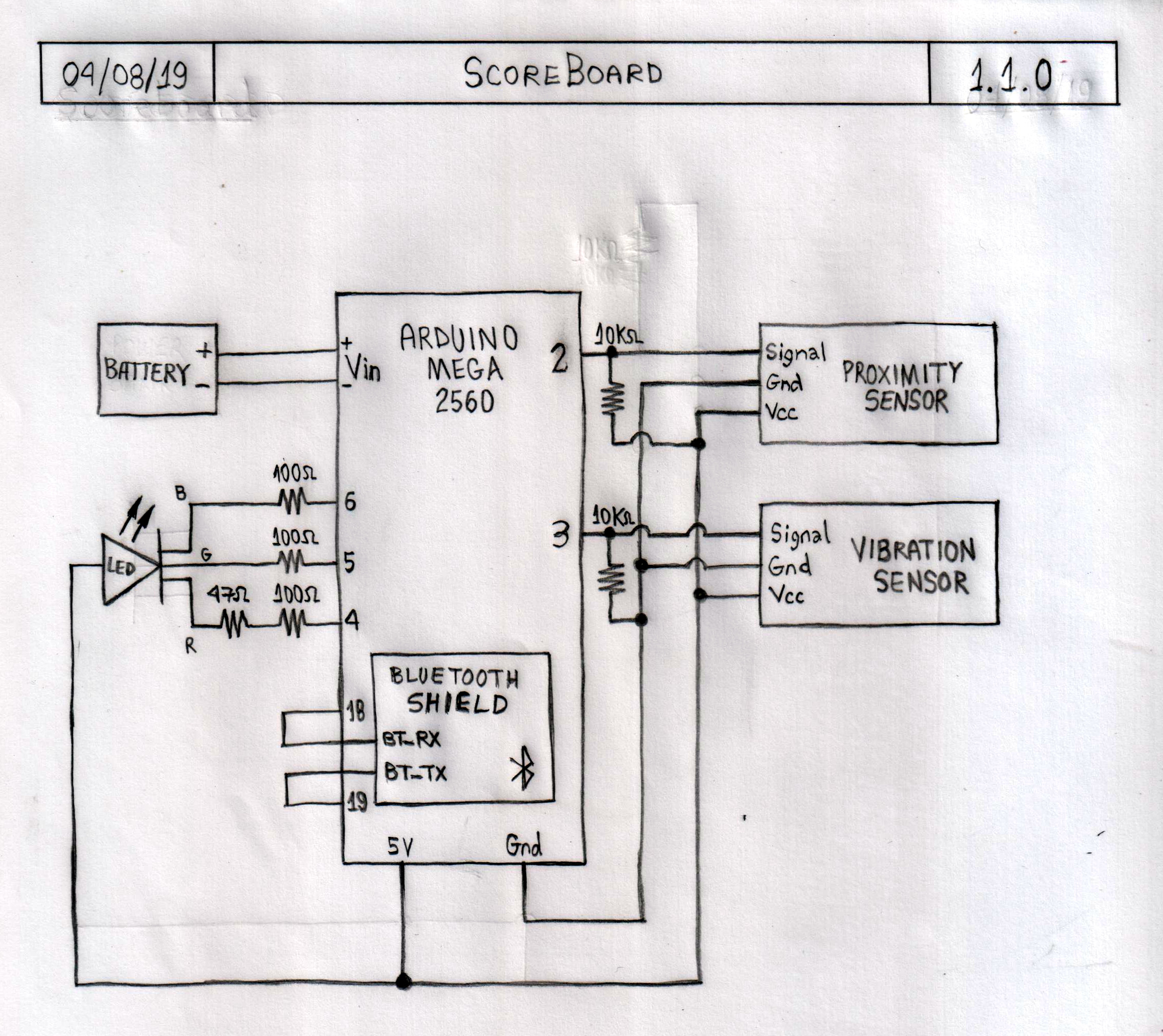 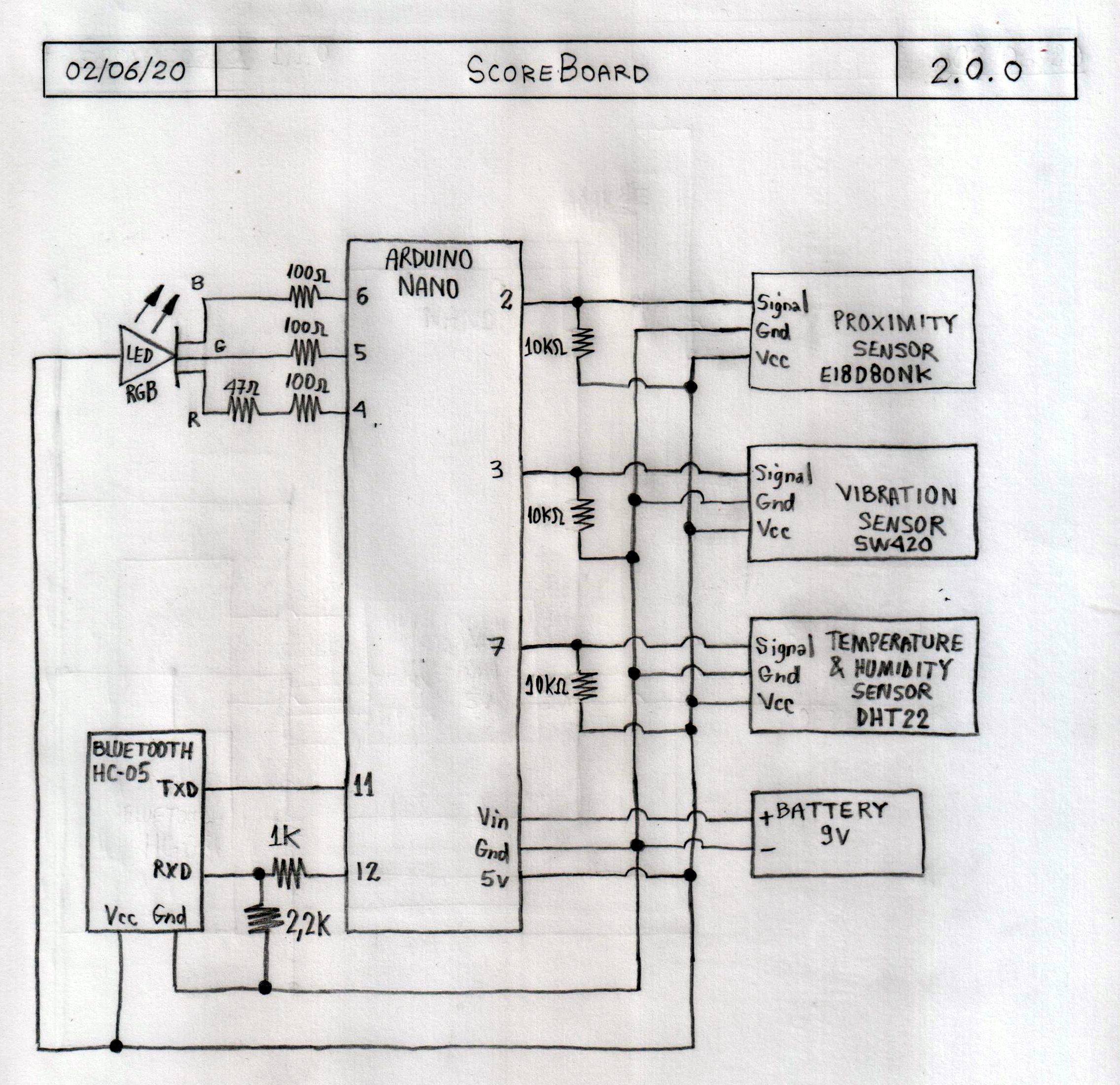 It feels awesome when you have the power to control things remotely.

How to Make a Smart Central Lock System for Motorcycle

This Smart Blind Assistant helps blind people to sense their environment. This assist device can also be connected through Bluetooth.👁️

Project in progress by Chandru S