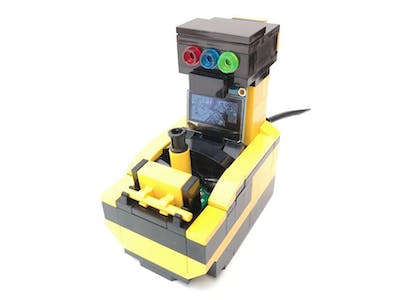 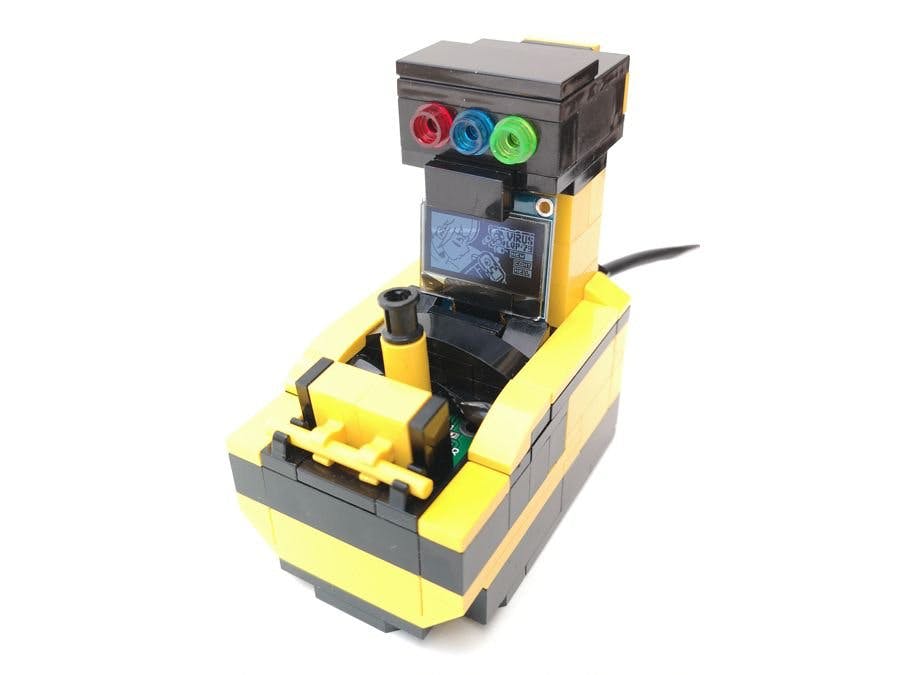 Recently, a friend of mine gifted me a OLED display thus challenging me to find an original way to use it. I wondered: How can I look at this from a different perspective? Maybe creating something funny to play? Maybe something with Lego?Online I found Arduino Slimboy (an Arduboy port) which seemed to fit perfectly with the OLED and some stuff I already had. Intending to create something unseen I imagined to build a Lego structure including the Slimboy.

I opened my rich Lego box and looked for blocks that had enjoyable high contrast colors.

I started to build something that could contain the hardware and realized some prototypes until being satisfied. In the assembling phase, the removal of the breadboard and the direct soldering of all the tech parts to Arduino Nano with some wires has allowed me to save a lot of space.

Hiding and integrating the tech part with Lego bricks has been the main challenge I faced. In my mind, directional joystick and buttons should be made by Lego blocks and the joystick controller hidden by Lego parts. Indeed, the main goal was to create a Lego kit where the only tech part you can see is the OLED display (everyone loves Lego feeling!).

After some hours of soldering and some tape for avoiding short circuits, I had a playable Lego cabinet with a five directions joystick and two buttons. It is a one-hand small multiple game machine, nice to play and beautiful to see.

This is a port of the original Arduboy2 code to the simpler and cheaper Arduino Nano and an I²C display.
https://github.com/harbaum/Arduboy2 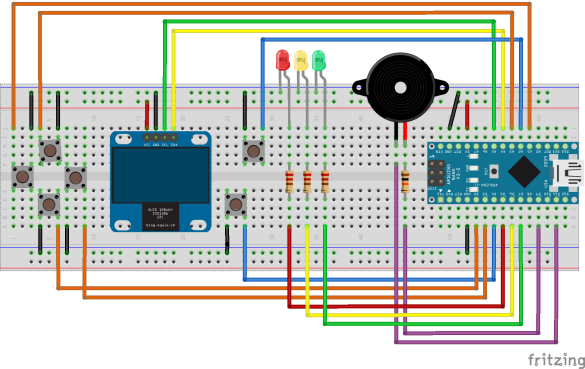 Download
Same as Lego Instructions, but this time with Arduino steps to complete the cabinet

Download
Use Brickstudio or upload directly to http://www.bricklink.com to buy the bill of materials
lego_slimboy_GhugrGTGm9.io

Cover your wall with an Arduboy game!

This is a simplified version of "Osu! Catch the Beat" game which is played on an 8 to 8 LED matrix.