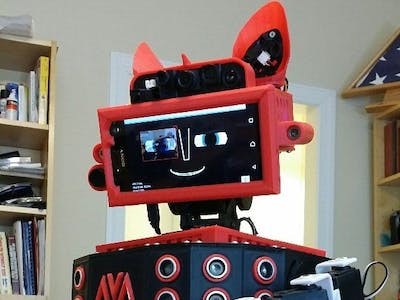 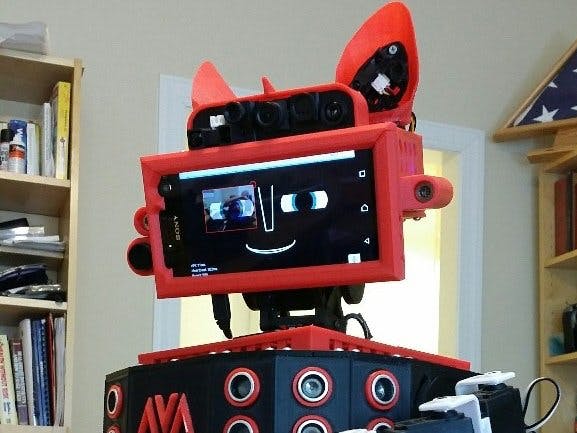 This is Ava. Ava is a friendly internet connected home companion robot that mostly likes to talk and learn new things. To do this, she uses natural language processing, several databases with millions of memories, and hundreds of software agents. She as an attempt to show both listening and knowledge recall skills (IQ) as well as some higher levels of emotional intelligence (EQ). This involves emotions, empathy, curiosity, initiative, comprehension, and an extensive DB of personal data and social rules.

The following are examples of her IQ skills.

American actor regarded as one of the world's most attractive men, receiving significant media attention as such. Received attention after playing a cowboy hitchhiker in the 1991 movie Thelma & Louise. Owner of a media production company, Plan B Entertainment. Began his acting career with guest appearances on television shows. Involved with humanitarian issues and charities.

Nothing fancy here, just general info so far, which she decided was suitable to move to the top when talking about people. At this point, I said "go on", and she responded...

Here is an excerpt where I asked her to compare two things...Alabama and Florida...

Upon asking here to "Tell me more", she responded...

There are still grammar and punctuation issues to work out but she is getting many things right and improving daily. She will answer differently each time using different sentence structures, figure about whether to capitalize, use "a" or "an", and many other things. Also, she can do this for anything that she can acquire data on. Here is an example from the question "How do nitrogen and carbon differ?"

This last one shows me starting to work on comparisons using means (new as of this morning)...it will only get better!

At 173.5 people per square mile, the population density of Georgia is below average.

This bot spoke on a panel at SXSW in 2016 and participated in a comedy routine with other robots put on by myself (Martin Trplett) and Arthur Simone.

This bot also interacted with crowds at SXSW in the robot pavilion for 2 straight days...with a couple of battery swaps / recharges.

More detail on this bot can also be seen at:

Do you want to create your own robot? Then this is your best guide. This is a smart robot controlled by an Android app so easy to build.