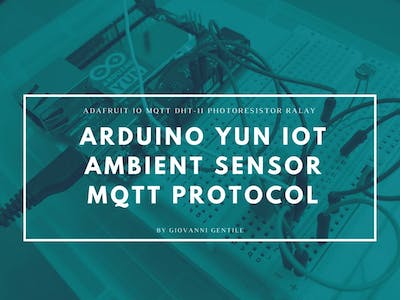 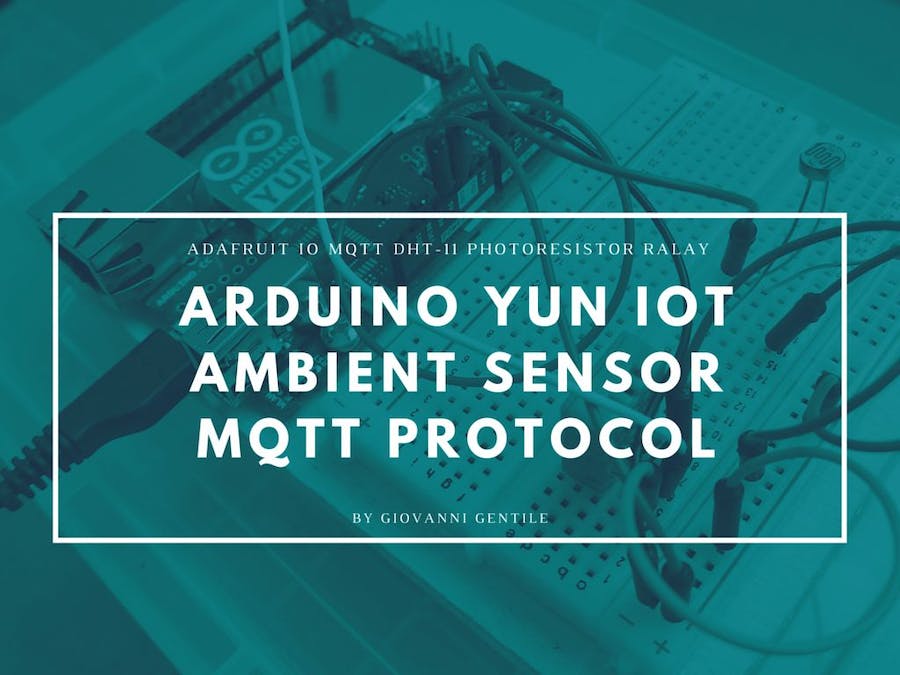 This tutorial shows how you can connect Arduino YUN to the Adafruit IO platform for sharing the DHT-11 sensor value, the photoresistor value, and also control the LED on board, a relay, and a PWM output. The PWM output can control the brightness of a light or the speed of a motor.

The MQTT protocol is the best method for IoT now. It's simple; it's a complete method to connect the objects to the cloud through the internet. Adafruit Industries have created a library and platform to use that protocol with Arduino ESP and other hardware. To use this platform you must subscribe to Adafruit IO service. Go to Adafruit IO (https://io.adafruit.com/). Then sign up for free. Then follow the instructions. After you can see the Dashboard and try the functions of Adafruit IO. Now you can create a new Dashboard using the button "Create Dashboard". You must name the Dashboard "Arduino". After we add the values to the dashboard.

For uploading the code on Arduino YUN, you can download the official Arduino IDE. https://github.com/adafruit/Adafruit_IO_Arduino and install it manually, or install the library via "Manage Library".

To install the library by manual process:

To install a new library into your Arduino IDE you can use the Library Manager (available from IDE version 1.6.2).

Now you can see the library Adafruit MQTT on the Arduino IDE.

There are two file in the tutorial. One is the example file by Adafruit MQTT library, the other is the file to use Arduino YUN with DHT-11 sensor, LED, PWM and relay,

Copy the code and modify the WifiSSID, PWD, and the Adafruit IO key.

Try first the first Adafruit Sketch; after you can try the DHT-11 code.

Upload the code, then open serial monitor. You can see the debugger messages.

If that's okay, you can surf to http://io.adafruit.com and see your Dashboard called "Arduino". Now you can populate the Dashboard with feeds, and add the relay, LED and PWM controls.

To add the sensor blocks, you can click + symbol, and after add the block that you want. For the value of sensors, you can use Gauge block; for the relay and buttons, you can create buttons with "onoff" and "relay" as names. For the PWM output, you can create a slider with "slider" as its name.

Build a sensor node using Arduino/Genuino 101 which integrated with openHAB 2, which you can build a smart home control system in no time.