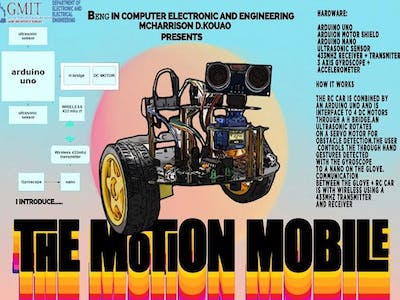 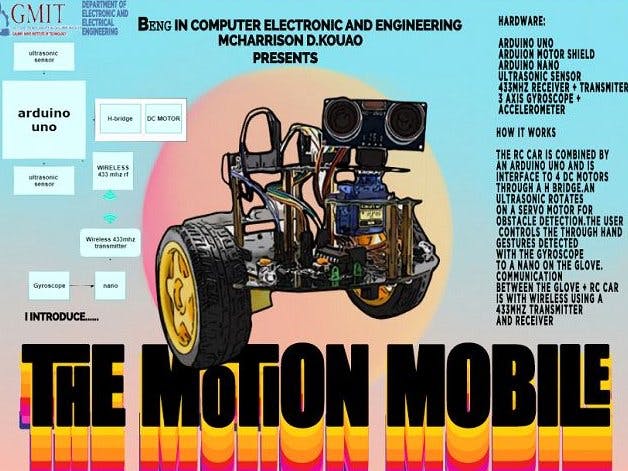 The goal of the project was to make an RC car that can controlled with hand gestures using a face tracking camera.

This robot was designed to recognize five hand gestures. Forward, backward, left, right and stop. The accelerometer is a three-axis acceleration-measuring device. It has three axis (X, Y, and Z).

The equipment I used was an Arduino UNO, DC motors, two Arduino Nanos, an ultrasonic sensor, a servo motor, an LCD with I2C, and a glove.

this code is for rc car to receive signals 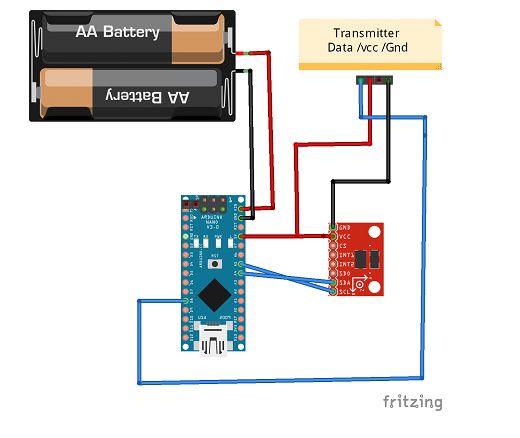 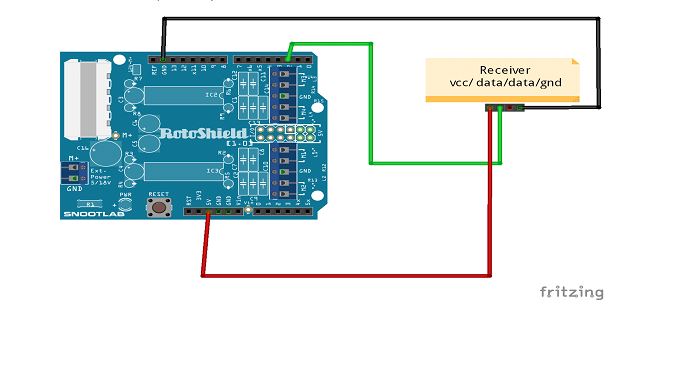 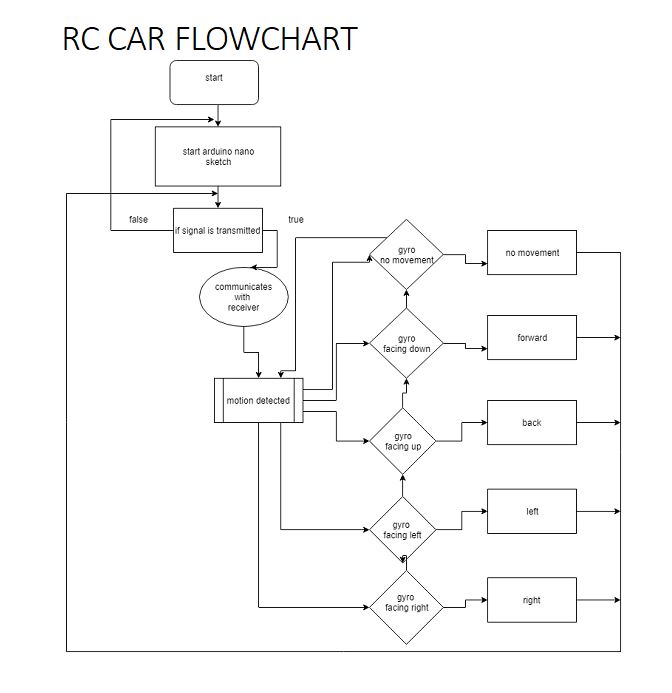