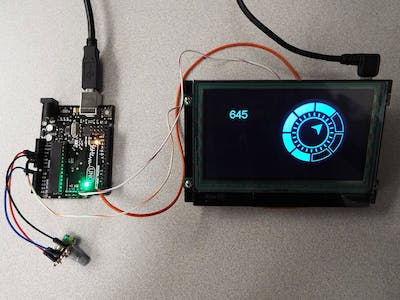 An Arduino library that abstracts away all the complexity of a CRC based serial communication protocol into a single variable assignment. 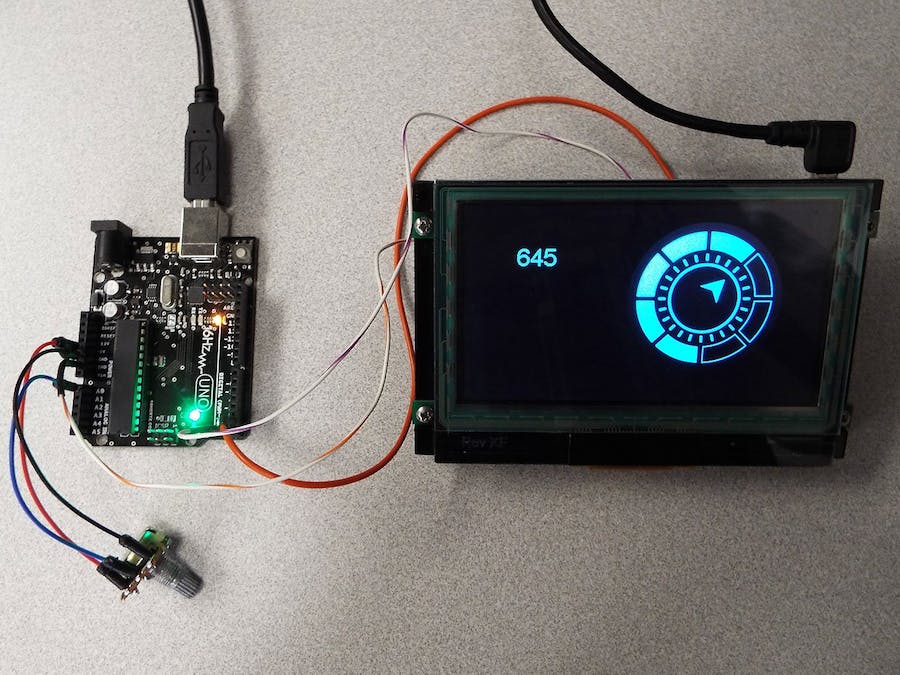 An Arduino library that abstracts away all the complexity of a CRC based serial communication protocol into a single variable assignment.

Everybody is familiar with the basic Arduino example of connecting a POT and displaying the value in the serial monitor.  You connect one of the leads to one of the Arduino analog pins.   Write basically two lines of Arduino code in the loop:

And you are done.

I wanted to find a nice graphical way of showing the value using an LCD display without dealing with graphic libraries, or graphic primitives. I definitely didn't want to learn a serial communication protocol. I've gone through all the basic examples for Arduino and like the simplicity of the single loop, and the availability of all the libraries. So with just this knowledge, I wanted to be able to show a visually pleasing way to display the POT value.

I happen to come across the below image on the internet, and thought about what would it take to create this type of indicator for the POT.

This image can be found at www.trashedgraphics.com.

The artist graciously allows his artwork on the site to be freely used.

The library "magically" takes the value in AmuletWords[0] and communicates to the Amulet display and the display makes their own variable assignment equating to Amulet:uart1.word(0).value()= AmuletWords[0].

In the Arduino sketch you also need to have something called a serialEvent,

The serialEvent gets called at the end of every loop cycle, but does not lie within the loop. If data is on the serial bus, this event gets triggered.

Now on the Amulet display side, you can display whatever you'd like using the variable Amulet:uart1.word(0).value(). Actually programming is a misnomer when it comes to developing an Amulet displays. You will see why in the next section.

Their free trial demo which can be downloaded from their website, is sufficient for most Arduino projects. In the Amulet software environment you don't really type code, as much as you use the mouse to click on different settings. The Amulet display has it's own microcontroller, running it's own RTOS, running it's own firmware developed with their own IDE. This allows for what they've done in simplifying serial communication, to do similar things with developing a GUI. They abstract out the complexity.

Since mouse clicks are hard to describe, here is a video showing the creation of this GUI using GEMstudio. Found at:

But basically these are the steps within GEMstudio:

The most time consuming part of this project was creating the 24 images used for the indicator.

The wire connection between Arduino and the Amulet display is 3 wires.

Easiest way to add an LCD display to your Arduino projects 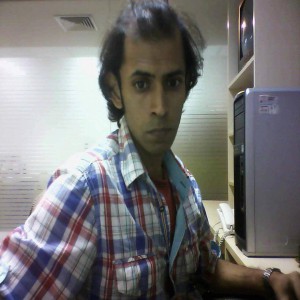 Here, you will learn how to use TFT LCDs by Arduino. From basic commands to professional designs and technics are all explained here.

Want to display text? Here is your component!

Want data at a quick glance? This project helps you set up internet connected display, which you can control over the Internet.