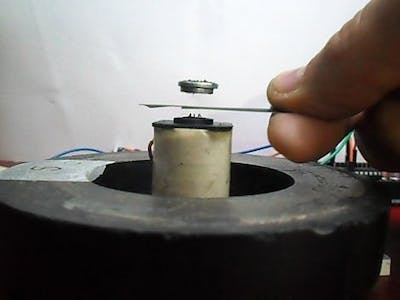 This is the simplest example of repulsive magnetic levitation. 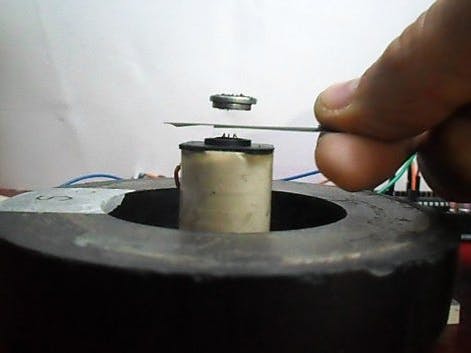 This is the simplest example of repulsive magnetic levitation.

A few years ago I was trying to make a device for repulsive magnetic levitation but all the circuits I had were complex and the setting was very difficult.

After several unsuccessful and semi-successful attempts, I bought the levitator that you can see in the picture, but it's almost impossible to make it at home (DIY).

Now I will present you a repulsive Levitator which besides the Arduino board, contains only a few additional componentsand it is very easy for DIY:

The circuit is very simple and is presented below in the picture. Arduino is powered by default with 5V and solenoid via transistor with 12v-20v.Both have a common ground.Polarity of magnets and solenoid is shown in the figure.For adjustment you will need a little patience and time, and in fact there is the pleasure in making a device.The hal sensor should be at the top above the solenoid.Above it is placed the magnet which should float.In my case, the setting was to move the torus magnet up and down.In addition to hardware, there is also a setting in the code by changing the value of the first row in the code and can range from 200 to 350.With a combination of these two settings we get the best results. 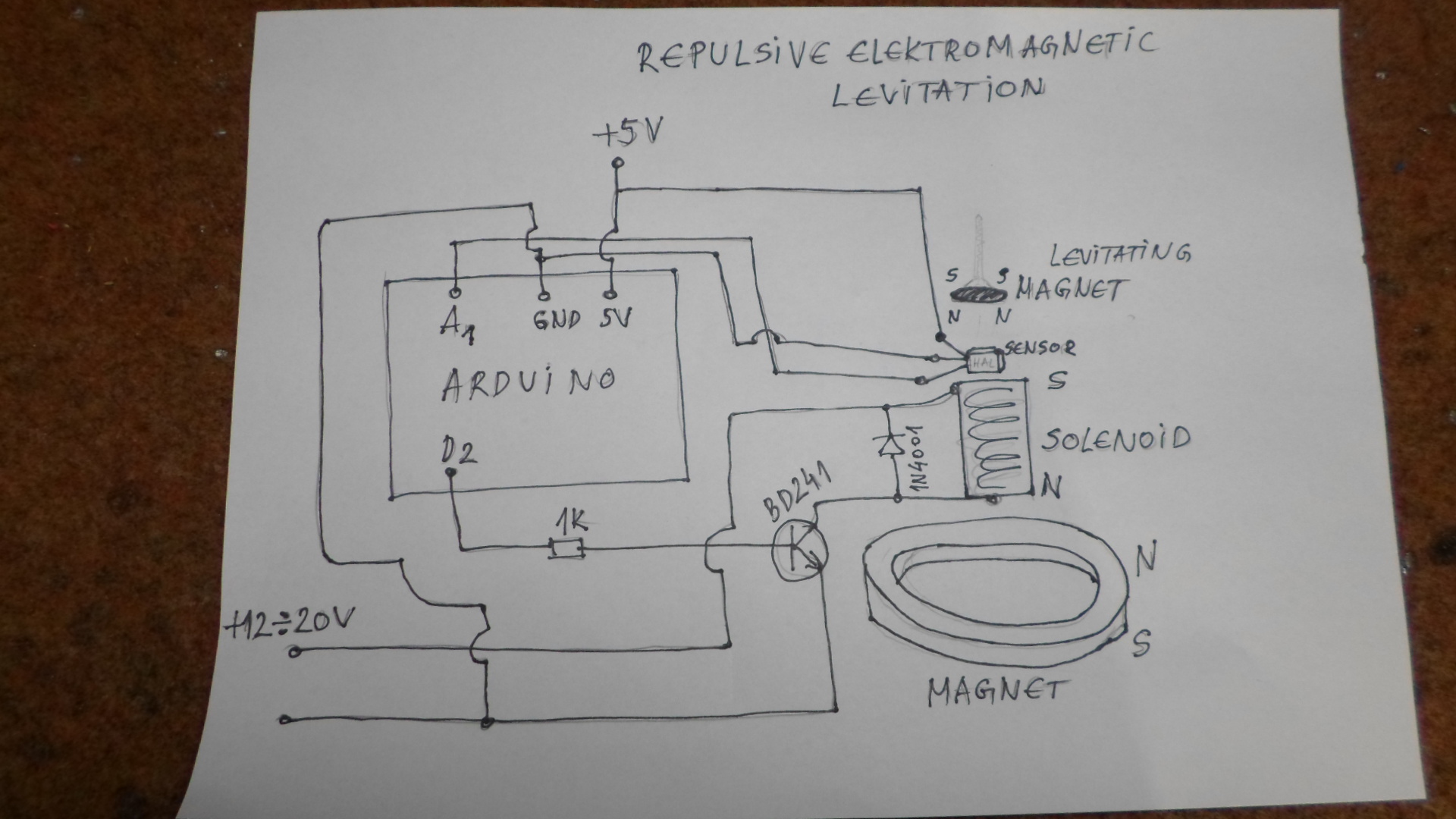 This project uses an ultrasonic distance sensor to create a pocket of wave interference where a small object can be levitated.