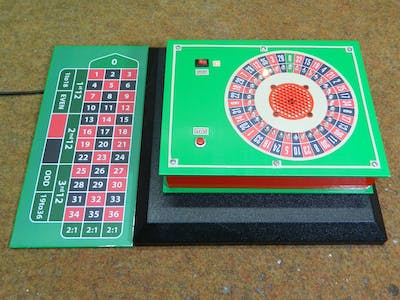 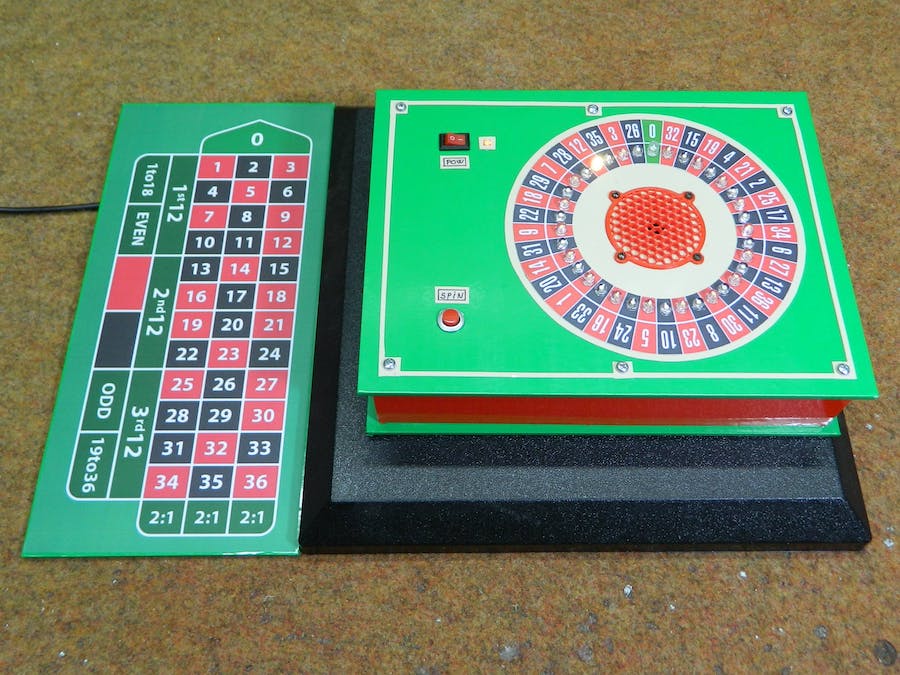 Roulette is a casino game named after the French word meaning little wheel. In the game, players may choose to place bets on either a single number, various groupings of numbers, the colors red or black, whether the number is odd or even, or if the numbers are high (19–36) or low (1–18).

Most often you can find a project of a roulette game with 10 LEDs, so I decided to do with 37 LEDs as in the original wheel. Following the principle of the original Roulette game, the movement of the LED simulates a ball whose speed gradually decreases until it stops at a randomly generated number. The construction is greatly simplified with the use of an Arduino microcontroller. Device is relativly simple to build and consist few components:

This is the European-style layout and consist a single zero, and 36 other numbers. By pressing the button we actually throw the virtual ball, whereby the rotation is simulated by the subsequent illumination of the LEDs. The rotation of the LEDs is accompanied by an appropriate sound effect, which gives a realistic feel to the game. Rotation speed as well as time can be easily adjusted in the code.

Finally, the device is placed in a suitable box made of PVC plastic and coated with colored wallpaper.

OpenLedRace is a game that uses an addressable LED strip as a track where cars are represented as lights.

The device presented is marble maze game that is controlled using a smartphone via Bluetooth connection.

This is a simplified version of "Osu! Catch the Beat" game which is played on an 8 to 8 LED matrix.