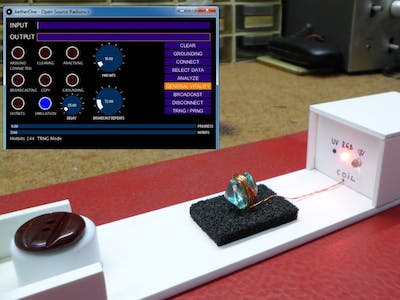 RADIONICS is a form of alternative medicine that claims disease can be diagnosed and treated by applying electromagnetic radiation (EMR). 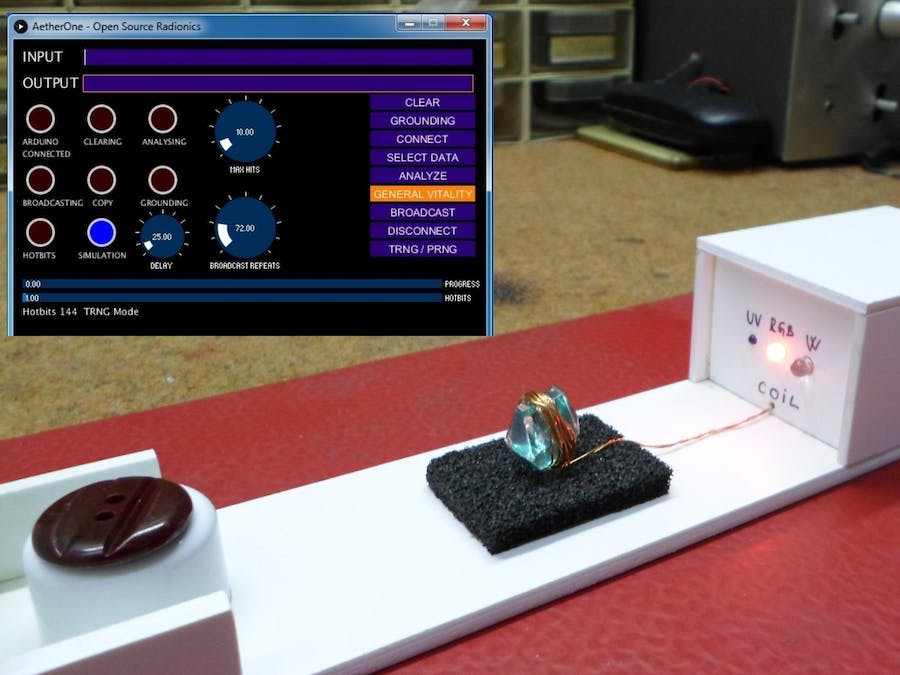 RADIONICS is a form of alternative medicine that claims disease can be diagnosed and treated by applying electromagnetic radiation (EMR).

RADIONICS — also called the Abrams Method is a form of alternative medicine that claims disease can be diagnosed and treated by applying electromagnetic radiation (EMR), such as radio waves, to the body from an electrically powered device. The concept is published by American physician Albert Abrams in 1909, and over the next decade, Abrams became a millionaire by selling this machines, which he designed himself. Aether One, is a project to carry out a free distribution program to make a radionic machine with an Arduino, which allows radionic analysis and treatments. The program uses lists that are subjected to a random process, then issues the remedy or request through the Arduino that transforms it into luminous impulses to a quartz where the witness or the element is to be loaded. The device consists of two parts: A Processing program that functions as a radionic analyzer and that connected to an Arduino emits light or electrical impulses to a coil. The program manages different outputs of the Arduino, these outputs light an ultraviolet LED for cleaning between one action and another, an infrared LED representing the etheric energy, a red LED, a blue LED and a yellow LED, and optionally can be connected A coil around a quartz. With these simple elements located somehow in front of the quartz and a witness behind the quartz or the LEDs, a radionic device is made for action and detection. The detection is done through a random process using the unconnected Arduino inputs and a list of random numbers generated by the Processing program, the intention of the operator makes it possible to perform an analysis by comparing these random numbers with one of the lists that It can be loaded. Once the element to be transmitted has been determined, first turn Arduino ON, and the "transmission" button is pressed and the program transforms the characters into pulses that manifest as light pulses or coil activation. These pulsations now affect the witness (the witness represents some part of the person to be treated and may be a drop of blood, hair, nail or a simple image). This is a very brief description of the basic principles of a Radionic treatment, and much more about this alternative treatment you can find online if you are interested.

AND I HOPE NOW THAT YOU READ THIS PART OF THE TEXT CAREFULLY : Many people who are seriously ill reach for any alternative treatment and pay a lot of money for it.That's why I made this video. Of course I justify trying every method of treatment when it comes to health, but not at all costs. For such treatments, so-called doctors charge a very high price, which is at the expense of the patient. In particular, the device I presented in the video and the like belong to the group of "modern" radionuclide treatment devices and are on the market for extremely high prices ranging from several thousand to tens of thousands of dollars. This devices are advertised especially for treatment for serious illnesses. Mentions of some spiritual supernatural forces on how the therapy works. The so-called experts in this field speak with vague expressions and explanations that they themselves are hard to believe. I don't even want to think about the fact that these specialists heal even if the patient is not present. They only need a picture of him, and that can be in a computer.jpg format - what irony. Commercially such devices are packed with a number of buttons which are in fact series-connected potentiometers and several analogue galvanometers and act as extremely complex machines for the casual patient. Specifically the device presented in the video from a technical point of view is an ordinary random number generator (Processing Code) and an Arduino microcontroller that sends these numbers to the LEDs in different alternating colors. In other words you can freely place it under the Christmas tree to serve as a beautiful colorful ornament and nothing more. And on top of that an average electrician can make it in a couple of hours and cost no more than $ 10. And yet in the end, if such a treatment would cost a few dollars then it is worth a try, if not for another, at least for the placebo effect that will surely have on the patient as a result of the unusual appearance that these devices often have.

To emphasize that this is my personal opinion about these devices, and I apologize if I offended anyone with the text above.

In some of the following videos I will explain the making of a few more magical electronic devices that are often used in alternative medicine and are very simple to make.

This device is made based on "Aether One" open source project. 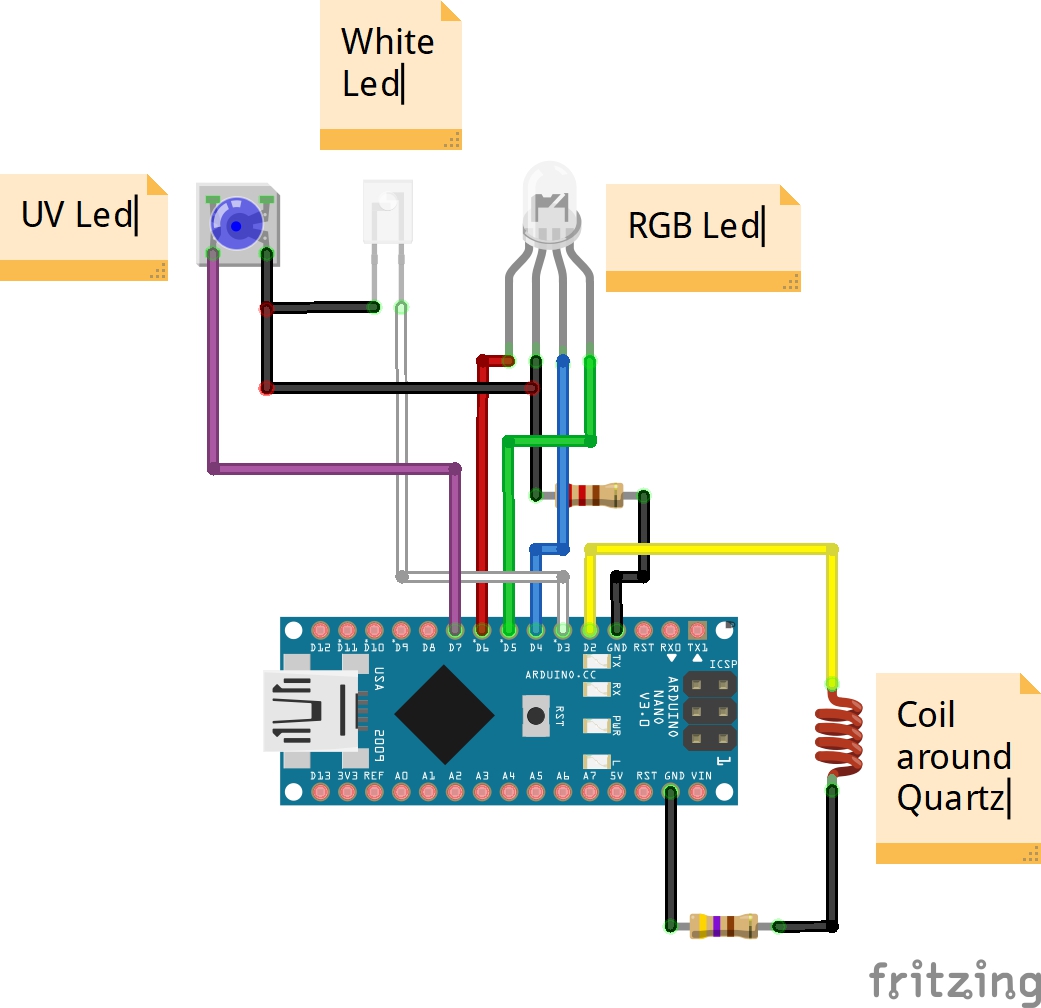 How to make an extremely simple but visually effective VU meter at 0.9 inches OLED displays SSD 1306.

Made a TV Remote from Arduino nano, Pretty basic but functional

An easy DIY lamp which can change its colour like a chameleon. Just show it a different colour & see the magic.

The device is sufficiently accurate and uses minimum number of external components.