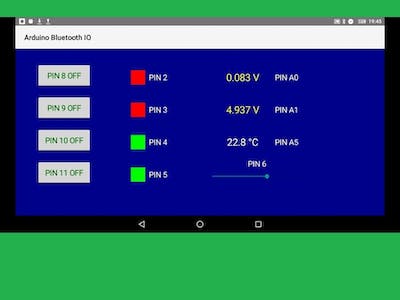 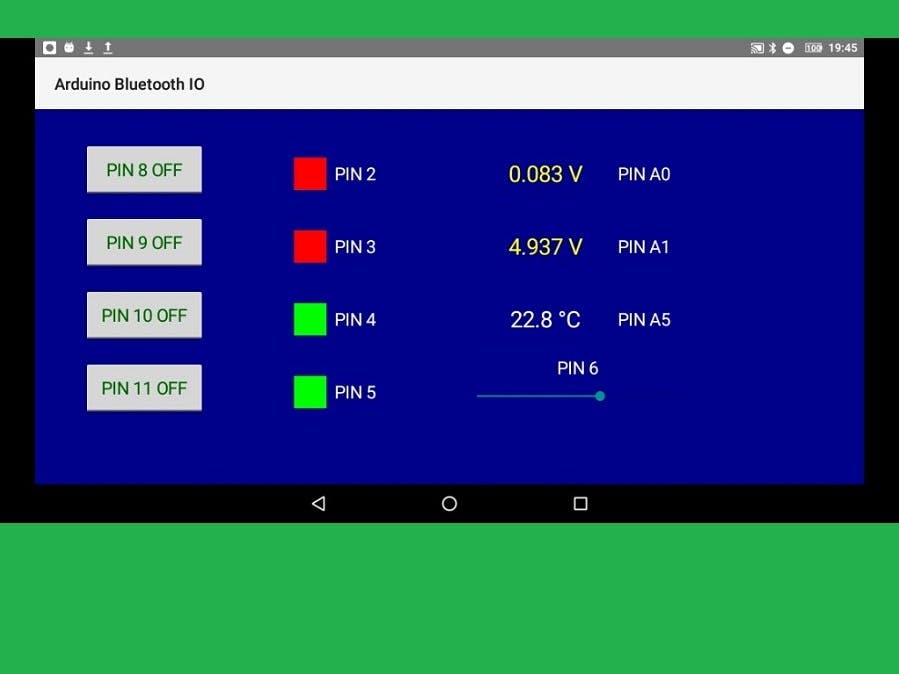 Switch 4 Arduino outputs by the toggle switches, read 4 inputs by the 4 lights, read voltage of 2 analogue inputs, read temperature from DS18B20 sensor and adjust analogue Arduino output. Inputs not used can be connected to GRD. The Arduino update data every second. Android app can be downloaded from GitHub. Software includes code, app and Arduino sketch. The code includes detailed explanation. When downloading sketch to Arduino HC-05 has to be disconnected.

App is in Basic for Android (B4A) a free program https://www.b4x.com/Transfer app, APK file to Android device and install it. Connect Arduino via OTG cable.

HC-05 has to be set to baud rate of 9600, alternatively change the baud rate in the Arduino sketch to the rate of the HC-05. The app pairs Android with the HC-05. 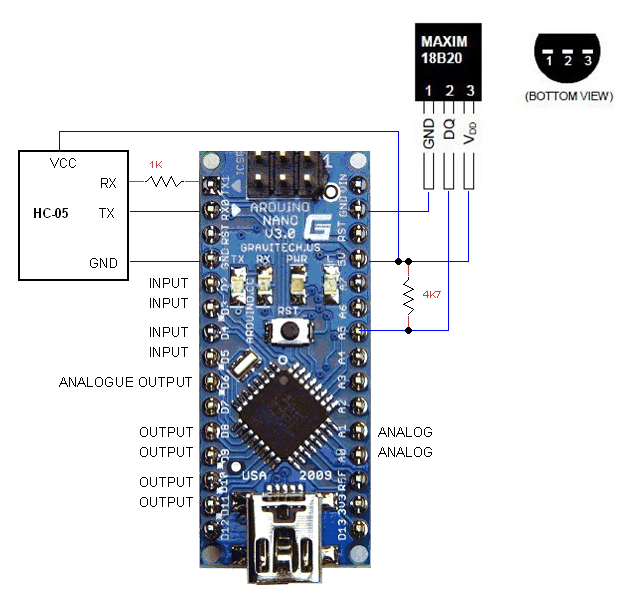 Frequency counter and voltmeter for Android phone or tablet using Arduino and Bluetooth.

How to control a car with any Android phone wirelessly via Bluetooth.