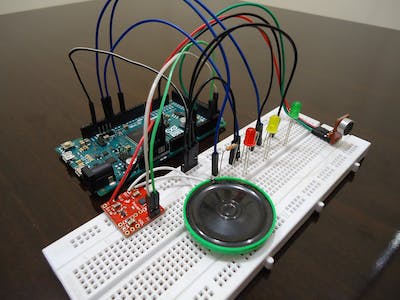 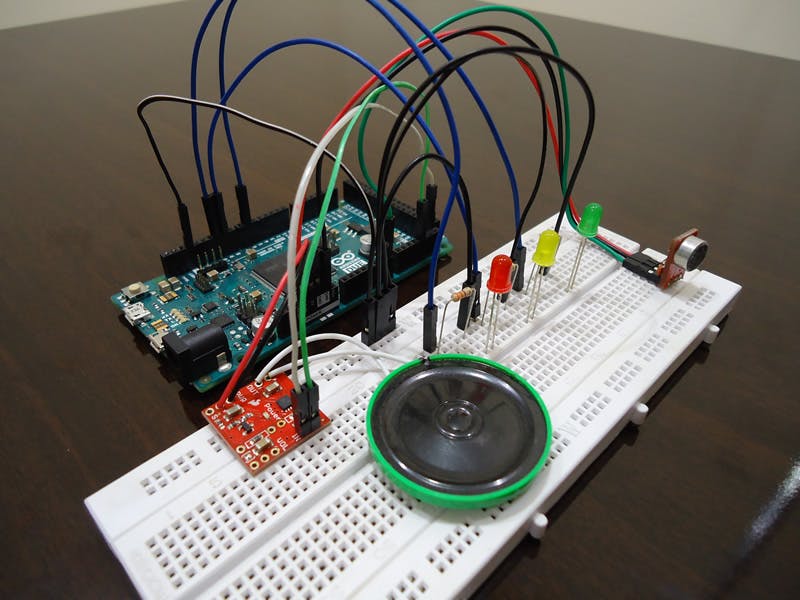 In my previous project, I showed how to control a few LEDs using an Arduino board and BitVoicer Server. In this project, I am going to make things a little more complicated. I am also going to synthesize speech using the Arduino DUE digital-to-analog converter (DAC). If you do not have an Arduino DUE, you can use other Arduino boards, but you will need an external DAC and some additional code to operate the DAC (the BVSSpeaker library will not help you with that).

In the video below, you can see that I also make the Arduino play a little song and blink the LEDs as if they were piano keys. Sorry for my piano skills, but that is the best I can do :) . The LEDs actually blink in the same sequence and timing as real C, D and E keys, so if you have a piano around you can follow the LEDs and play the same song. It is a jingle from an old retailer (Mappin) that does not even exist anymore.

The following procedures will be executed to transform voice commands into LED activity and synthesized speech:

The first step is to wire the Arduino and the breadboard with the components as shown in the pictures below. I had to place a small rubber underneath the speaker because it vibrates a lot and without the rubber the quality of the audio is considerably affected.

Here we have a small but important difference from my previous project. Most Arduino boards run at 5V, but the DUE runs at 3.3V. Because I got better results running the Sparkfun Electret Breakout at 3.3V, I recommend you add a jumper between the 3.3V pin and the AREF pin IF you are using 5V Arduino boards. The DUE already uses a 3.3V analog reference so you do not need a jumper to the AREF pin. In fact, the AREF pin on the DUE is connected to the microcontroller through a resistor bridge. To use the AREF pin, resistor BR1 must be desoldered from the PCB.

STEP 2: Uploading the code to the Arduino

Now you have to upload the code below to your Arduino. For convenience, the Arduino sketch is also available in the Attachments section at the bottom of this post. Before you upload the code, you must properly install the BitVoicer Server libraries into the Arduino IDE (Importing a .zip Library).

This sketch has seven major parts:

Locations represent the physical location where a device is installed. In my case, I created a location called Home.

Devices are the BitVoicer Server clients. I created a Mixed device, named it ArduinoDUE and entered the communication settings. IMPORTANT: even the Arduino DUE has a small amount of memory to store all the audio samples BitVoicer Server will stream. If you do not limit the bandwidth, you would need a much bigger buffer to store the audio. I got some buffer overflows for this reason so I had to limit the Data Rate in the communication settings to 8000 samples per second.

BinaryData is a type of command BitVoicer Server can send to client devices. They are actually byte arrays you can link to commands. When BitVoicer Server recognizes speech related to that command, it sends the byte array to the target device. I created one BinaryData object to each pin value and named them ArduinoDUEGreenLedOn, ArduinoDUEGreenLedOff and so on. I ended up with 18 BinaryData objects in my solution, so I suggest you download and import the objects from the VoiceSchema.sof file below.

Voice Schemas are where everything comes together. They define what sentences should be recognized and what commands to run. For each sentence, you can define as many commands as you need and the order they will be executed. You can also define delays between commands. That is how I managed to perform the sequence of actions you see in the video.

One of the sentences in my Voice Schema is “play a little song.” This sentence contains two commands. The first command sends a byte that indicates the following command is going to be an audio stream. The Arduino then starts “playing” the LEDs while the audio is being transmitted. The audio is a little piano jingle I recorded myself and set it as the audio source of the second command. BitVoicer Server supports only 8-bit mono PCM audio (8000 samples per second) so if you need to convert an audio file to this format, I recommend the following online conversion tool: http://audio.online-convert.com/convert-to-wav.

You can import (Importing Solution Objects) all solution objects I used in this project from the files below. One contains the DUE Device and the other contains the Voice Schema and its Commands.

There you go! You can turn everything on and do the same things shown in the video.

In my next project, I will be a little more ambitious. I going to add WiFi communication to one Arduino and control two other Arduinos all together by voice. I am thinking of some kind of game between them. Suggestions are very welcome! 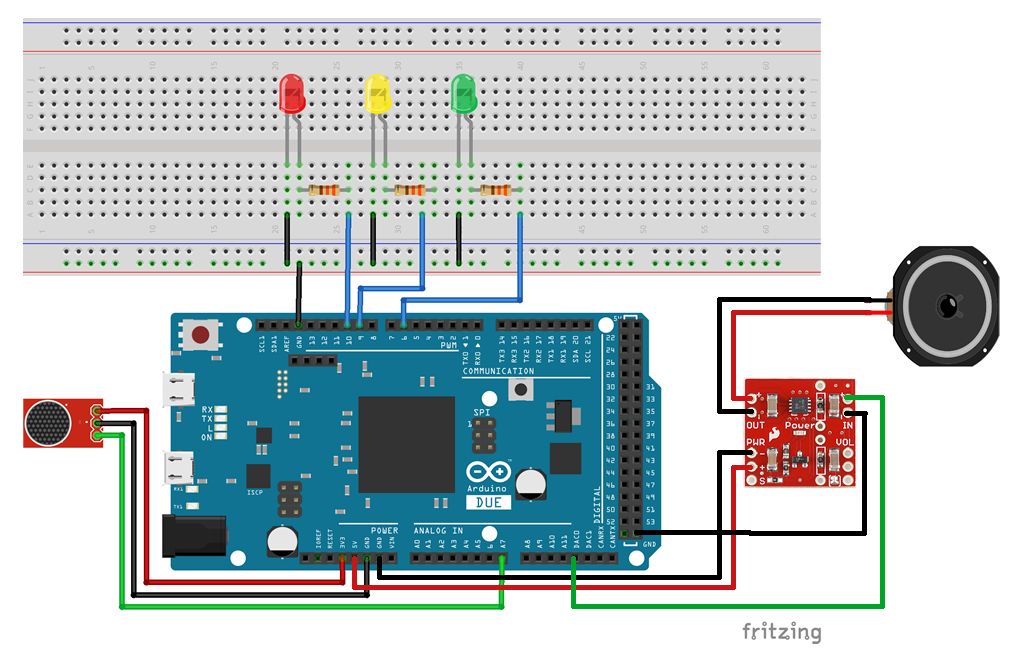