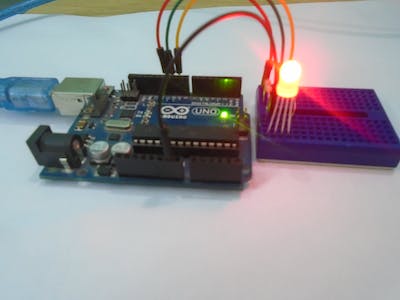 You will learn how to use the RGB LED with Arduino to obtain different colors. 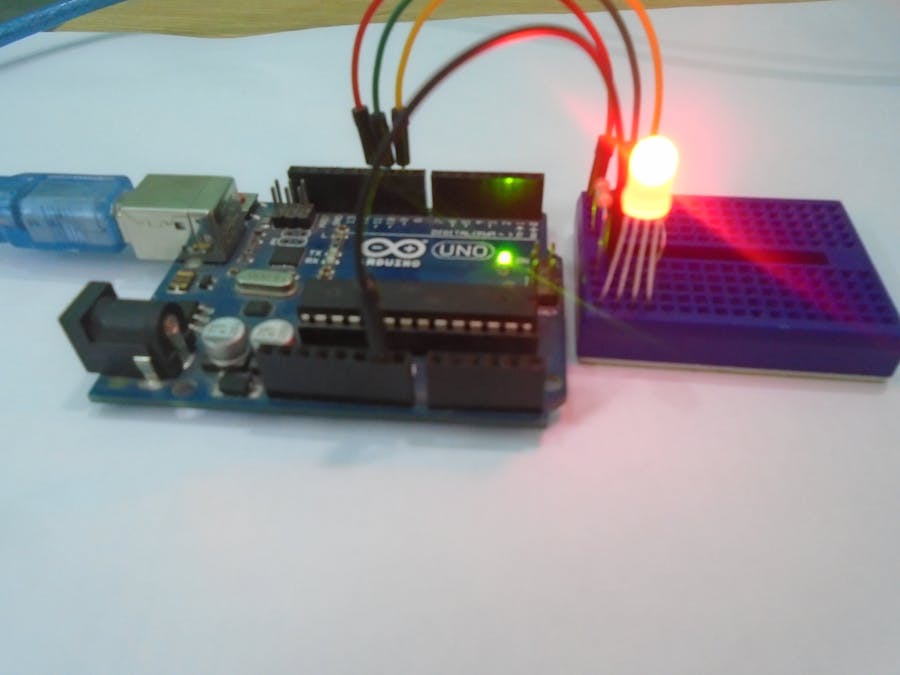 You will learn how to use the RGB LED with Arduino to obtain different colors.

In this tutorial, you will learn about Arduino RGB led interfacing. The RGB led consists of three different led’s, from the name you can guess that these led’s are red, green and blue. We can obtain many other colors by mixing up these colors. The Arduino has a analog write function which will help us in obtaining different colors for Arduino RGB led.

For Custom Projects, hire me at https://www.freelancer.com/u/Muhammadaqibdutt

The one that we are going to use is the common cathode RGB led. So, we will connect the common pin to the GND of Arduino and the other three leads of the led’s to the PWM pins of Arduino.

Connect the cathode of the RGB led which is the longer pin of RGB led to the GND of Arduino and the other three pins to the pin 11, 10, 9 of Arduino through the 220 ohm resistors. The resistors will prevent the excess amount of current to flow through the RGB led.

If you are using the common anode RGB led, then connect the long lead to the 5V of Arduino.

If you have any other Arduino, then make sure that you are using the PWM pins of that Arduino. The PWM pins have a ~ sign with them.

The below RGB color wheel will help you in selecting different colors for Arduino RGB led.

If you have any comments, then feel free to ask in the comment section. 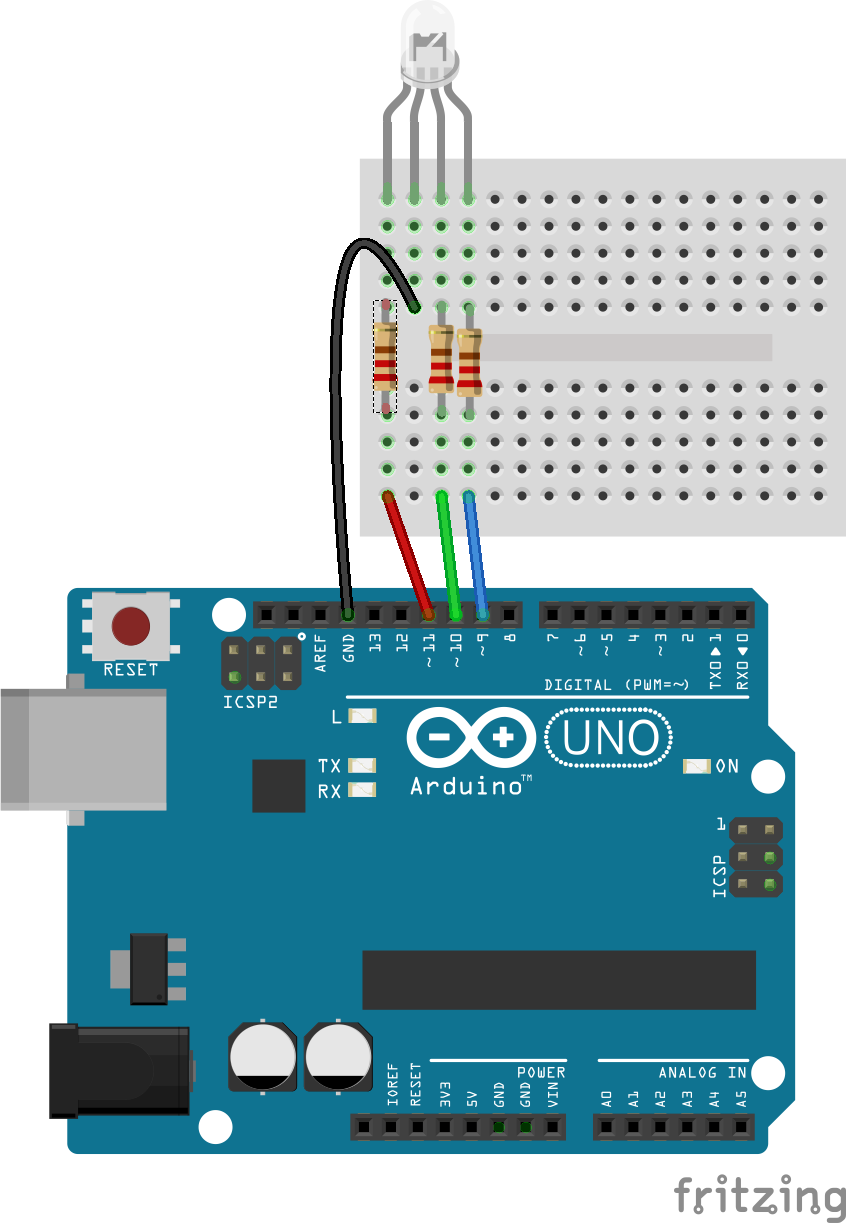 An easy way to add color cues to your project, giving you the versatility to light multiple RGB LEDs simulatenously with little code.

Not Your Typical RGB LED

This Arduino library is for controling RGB LED colour and fading between colours.

Project in progress by tinkersprojects