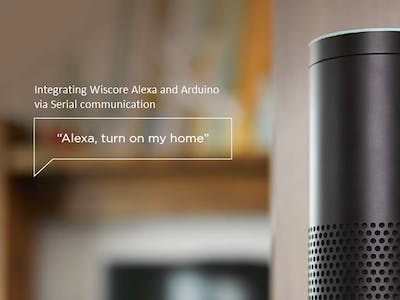 This project describes the steps to enable UART access on the Wiscore Alexa Board and communicate with an Arduino board directly via serial.

This project describes the steps to enable UART access on the Wiscore Alexa Board and communicate with an Arduino board directly via serial.

As part of the series of tutorials for the Wiscore Alexa AVS EVK, we will see how to integrate Arduino boards (Uno, Leonardo, Due etc) directly with Alexa Voice Service. The Wiscore board provides the means to communicate with other devices via the UARTs. We will in depth on how to enable one of the UARTs, connect an Arduino to the EVK and then communicate over Serial. Another tutorial will cover getting the Yun Bridge ported to the device and how to use the Bridge APIs for operations

Getting your firmware with Uart2 Enabled

The Mt7628 chipset has 3 UARTs in total as described below:

UART 1 and UART 2 need to enabled on the firmware to be exposed to the user.

We need to edit the following .dts file in the Wiscore SDK to enable the UART1

Finally, you can use Uart1.

Additional steps if you want to enable Uart2 as well:

Then save file and re-compile the SDK

Now you can use the ttyS2 dev entry as Uart2

During the development of this feature, There are certain tools that are worthwhile to install.

a. SSH into your wiscore board from a terminal program like putty.

b. Login as root. If you have not enabled root account on the wiscore then you can telnet to the same IP at port 23 instead of port 22 (SSH port)

c. Once inside the console. Cd to the directory

d. And add the following lines at the end of the file:

e. Save the file and exit

The Python 2.7 package will take up lots of space. I had 19 percent storage left after installing all these packages.

Getting to know your UART1

UARTs function at a particular speed called Baud Rate. If we communicate with the incorrect baud rate we will only see gibberish on the console. Here is where stty comes into play. To know the setting of UART1 on the Wiscore board type the following into the terminal session:

On my board this command showed the baud rate as 115200. So for all future Arduino communication this would be the speed we have to use.

Screen is a command-line utility to open the serial port for communication. For brevity here is command to run to open up UART1:

Now you can send characters from the terminal to the uart port.

Another quick test would be to echo some strings directly to the dev like so:

The Arduino talks to Wiscore Alexa.

Now we have the board setup for communication with an Arduino board. Here is how to connect you arduino with the Wiscore board.

If you use the Arduino Board like DUE which are 3.3v compatible. You can directly connect the wiscore UART pins to the UART pins on the Arduino.

Sample UART test to read and print some charcaters to the terminal:

Once uploaded. Log into the Wiscore and install the python Firmata library that can be found here:

The preferred way to install is with pip:

You can also install from source with python setup.py install . You will need to have setuptools installed:

To use analog ports, it is probably handy to start an iterator thread. Otherwise the board will keep sending data to your serial, until it overflows:

Python library to communicate with an Arduino running the StandardFirmata sketch
https://github.com/tino/pyFirmata

The Wiscore Alexa AVS SDK used in this project
https://github.com/RAKWireless/WisCore-SDK

Connecting Arduino to Wiscore via UART1 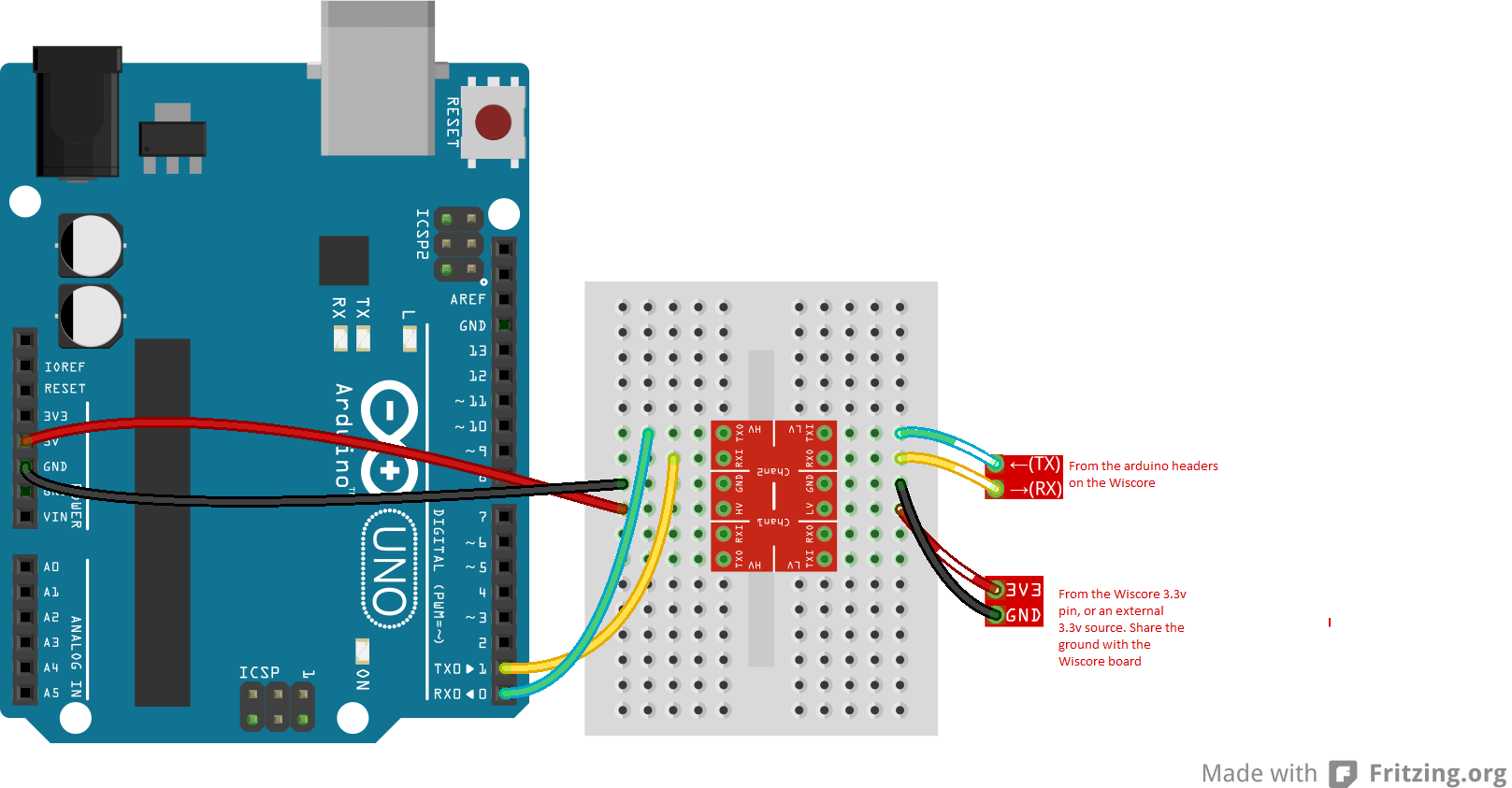 A smart glove which converts sign language into Alexa commands. Can also be used for speech.

Alexa at Your Fingertips